I woke up to the sound of birds and the noises of Salsa and Tables two fellow hikers who were aiming at an early start. My decision to camp close to Cedar Spring came with a pricetag and so my morning started with hiking up the 1-mile-sidetrail. It was 8 am when I got back onto the PCT. After a short chat with some older ladies I went ahead to climb the first on trail mountain. It was only a short ascent followed by a very long descend down to the Fobes Ranch trail. In the morning I decided to wear my kneebrace and on the downhill it turned out to be a good idea. Very soon the trail wouldn’t give me time to think about my knees at all!

Reaching the small plateau it was quite hot and so I stopped for a small chat with Varus who just got up (!). The next section of trail was quite a challenging uphill with some fallen trees giving a preview of what was yet to come. The landscape of today was dominated by desert grass, shrubs and the occasional tree, burned or not. I was aiming at Apache Spring for lunch, not intending to hike another 0.5 miles there and back to pick up some water. I carried enough from Cedar Spring. And so I just sat down in the non-existing shade watching some other hikers dropping their bags and heading for the spring. I had tuna on a tortilla for lunch. It was kind of dry though. I leaned back and relaxed thinking I had done the worst part of it. A quick view at Guthooks told me how wrong I was. After another short decent there was even a bigger climb coming up! I geared up, left Apache Peak behind and a sign welcomed me in the San Jacinto Wilderness. The trail started cresting along the side of the mountain and it shouldn’t change until I reached the campsite for the night. The trail offered gorgeous views of Palm Springs and the Coachella Valley. But I had to fight hard. Some of the occasional log crossings weren’t too easy and very soon I was looking like a pig from hugging some burnt trees.

Just around the next corner the first snow patch appeared. Stepping on snow while looking down a steep drop-off to the right wasn’t my favorite. But I managed to get over the few steps just to find myself in front of another even sketchier snowpatch. It was not so much the snowpatch as more the way around it. Former hikers had decided to go up and down around the snow leaving a very slippery and unstable path. To avoid any slides I went down on my butt for the last part.

The rest of the afternoon I crested along the mountainside, climbed up steep and rocky sections and occasionally stopped to enjoy the view. I tried to figure out where Desert Hot Springs was.

Short before my intended campsite was an on-trail spring where I could fill up some water. The campsite I am at is quite high at 8200 ft and I hope it’s not getting too cold or windy tonight. There’s a bunch of other hikers here I already met during my hike today. The trail already seems more busy than it was in 2016.

Tomorrow I am facing some significant snow on my way to Saddle Junction from where I plan to hike into Idyllwild. Hopefully it will all go well! 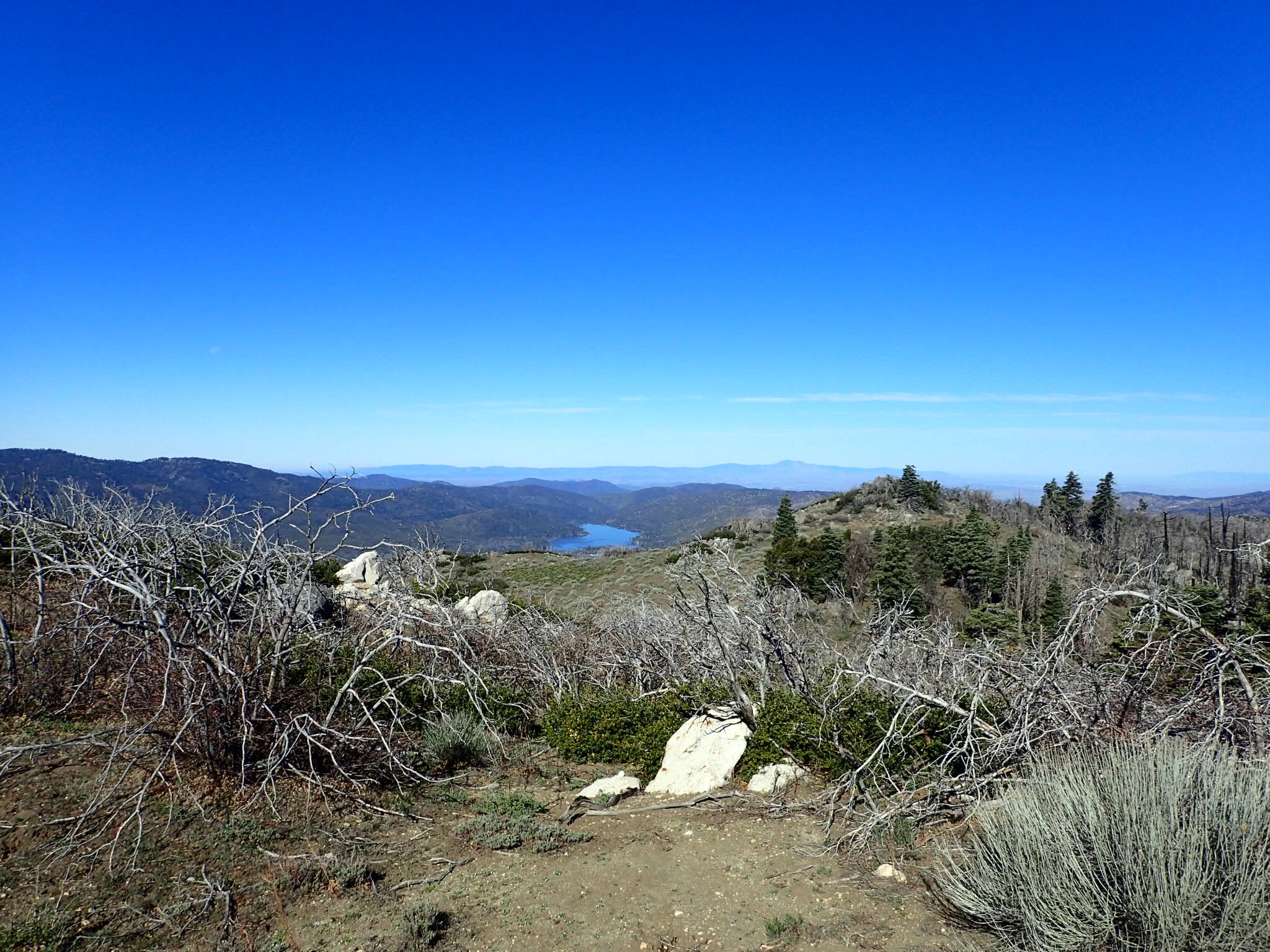 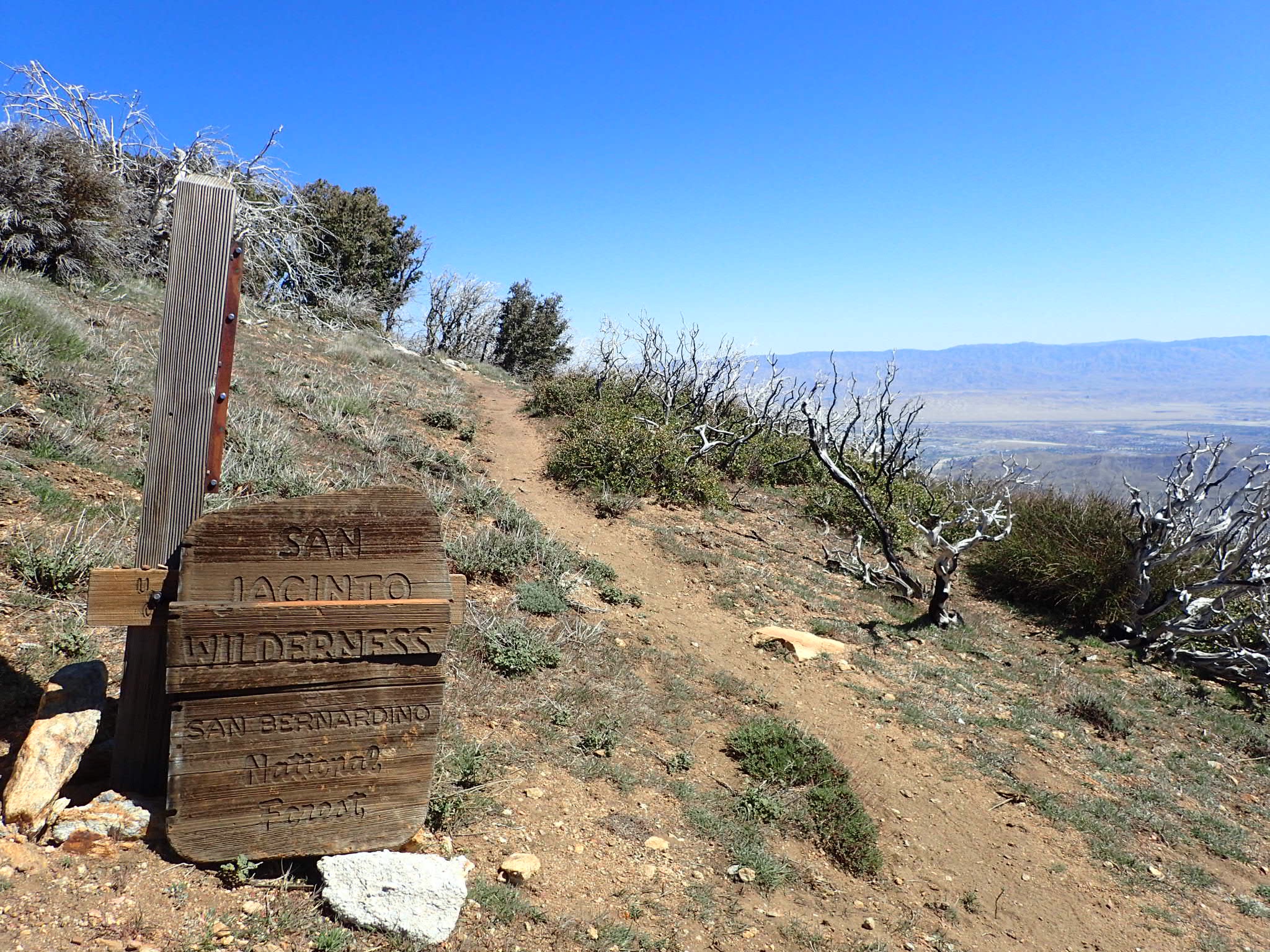 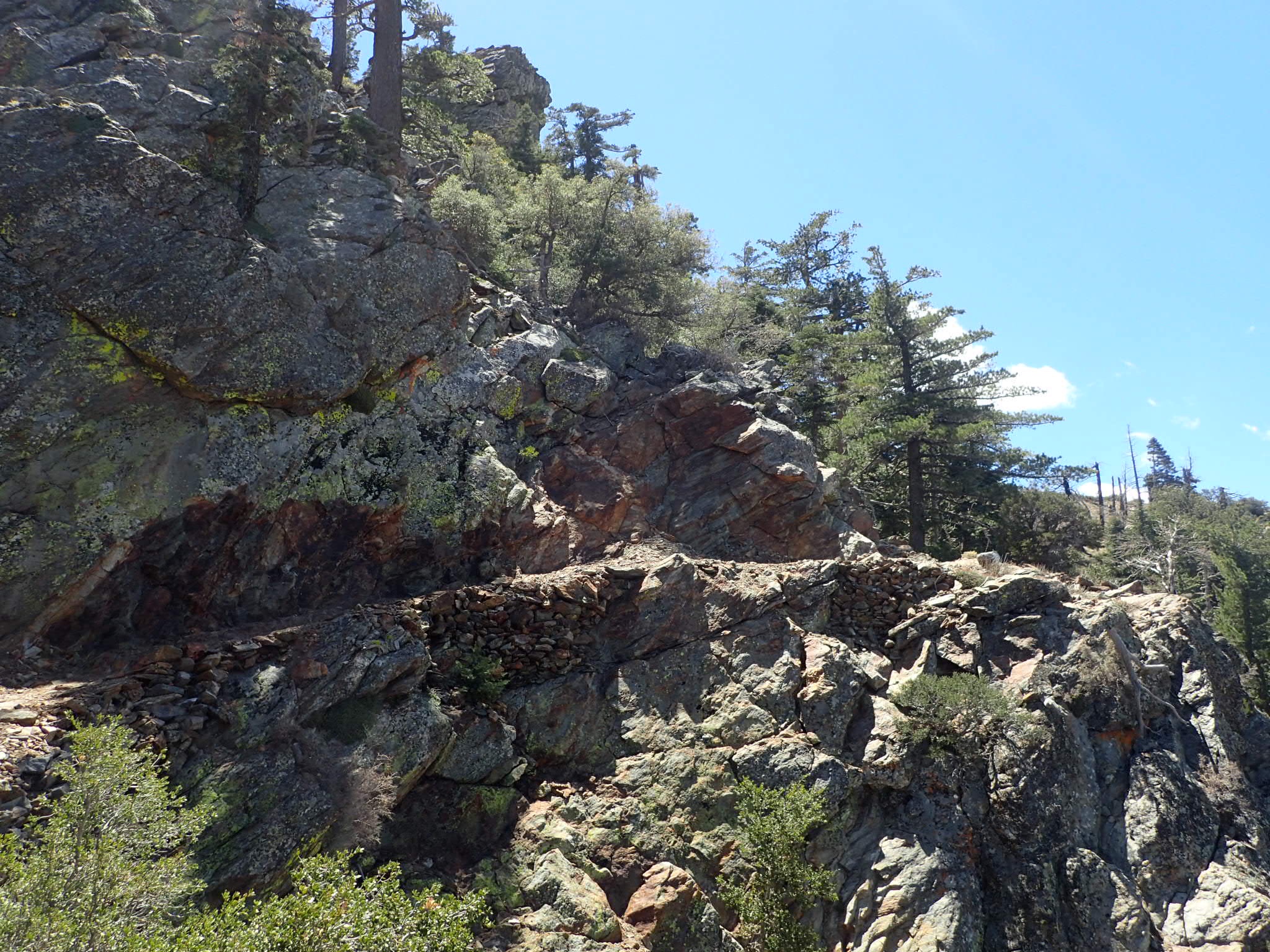 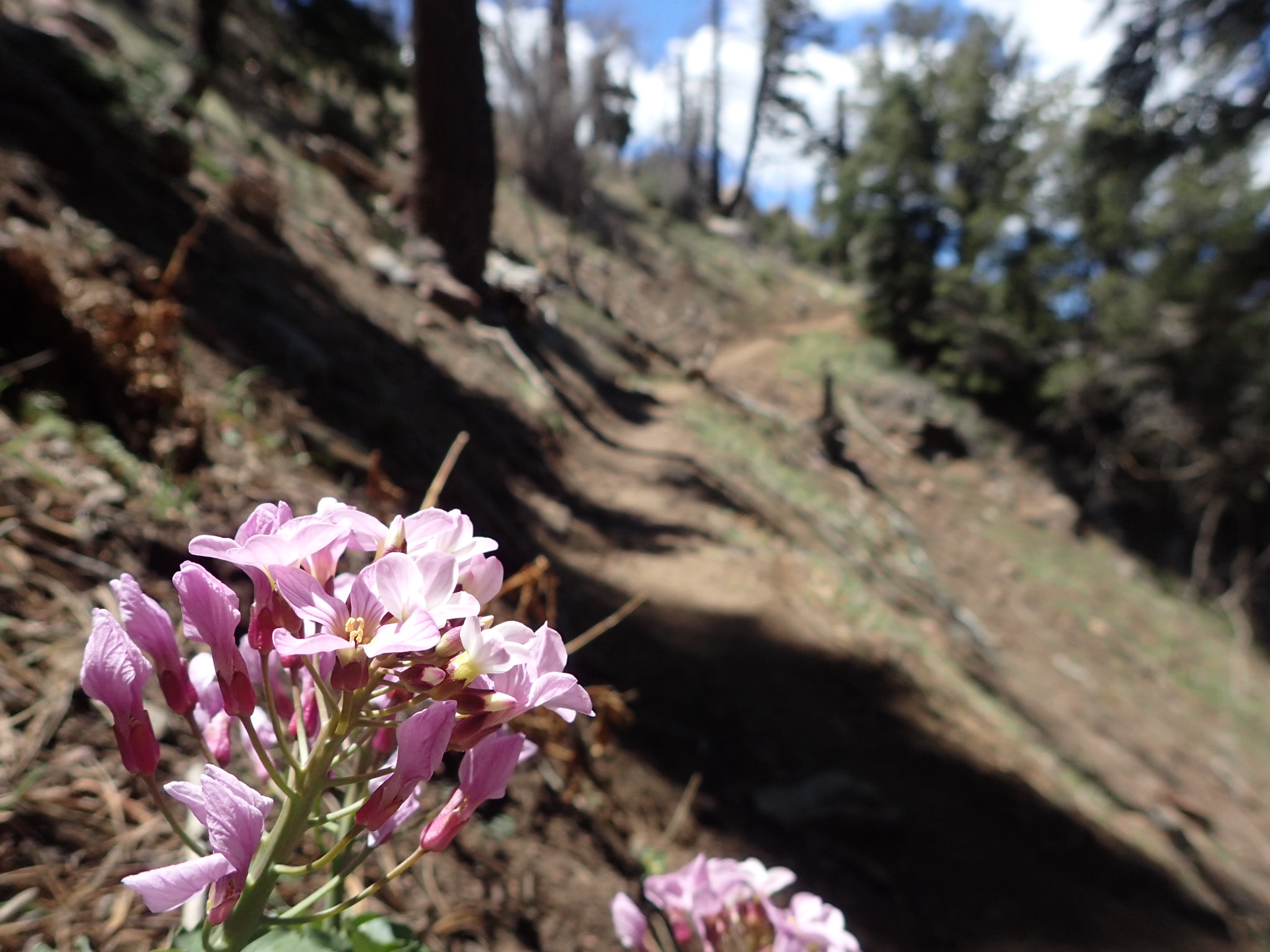 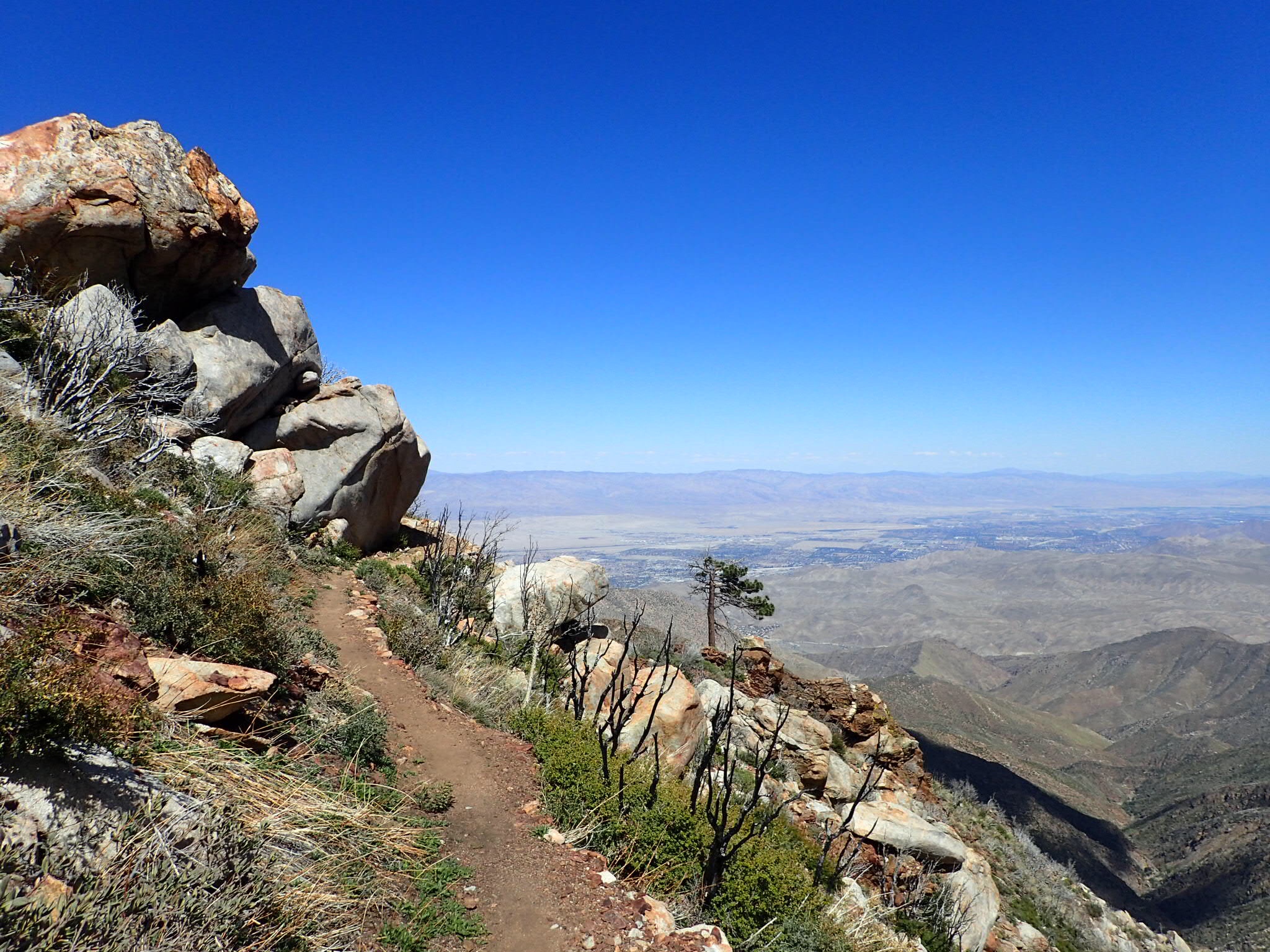 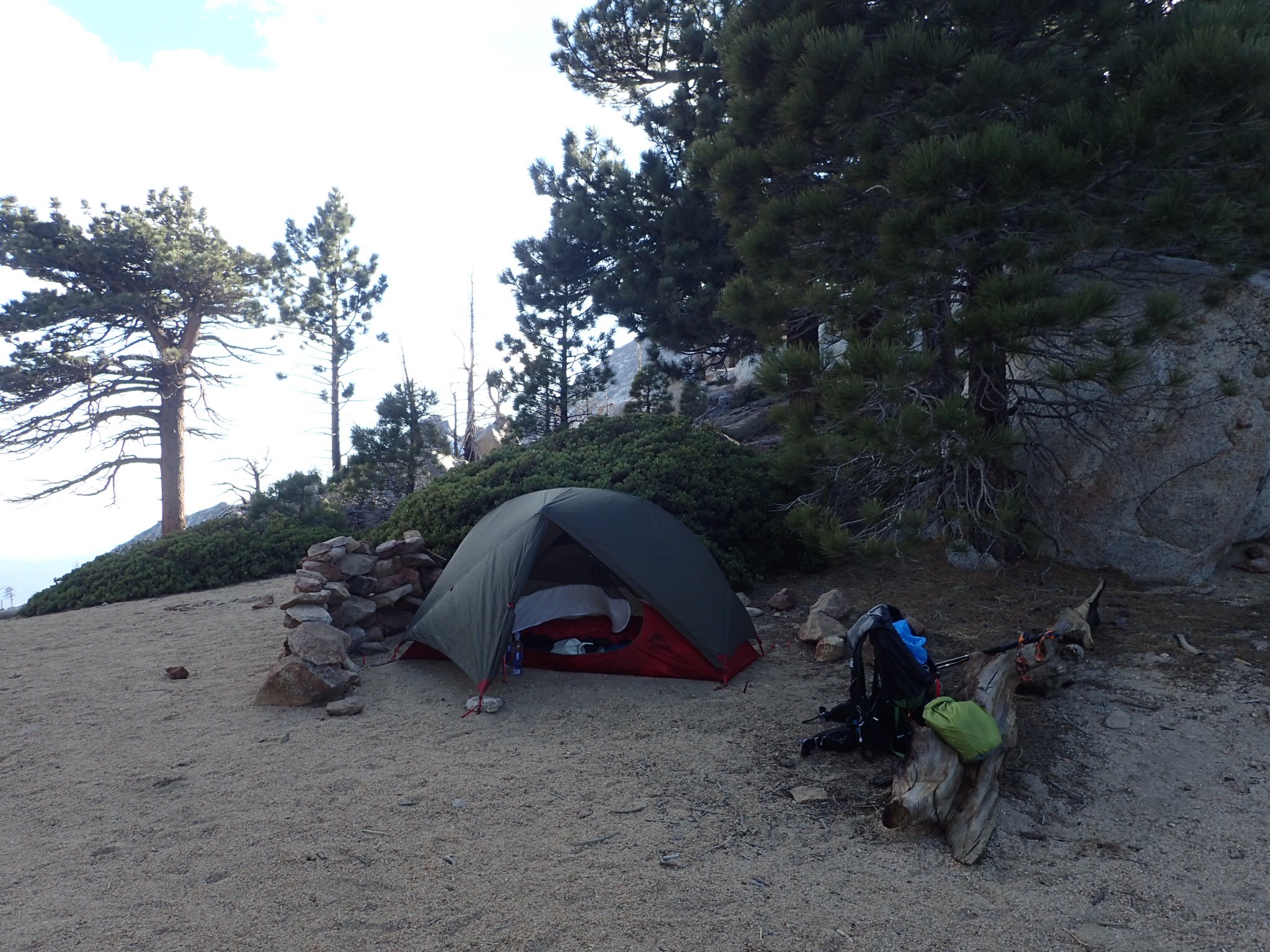 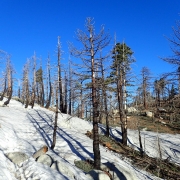 Day 7: Some rest in Warner Springs 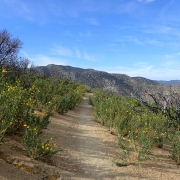