You are here: Home1 / Blog2 / Bicycle Touring3 / The end of my once-in-a-lifetime bicycle touring trip

The end of my once-in-a-lifetime bicycle touring trip

The 10th of April marked the end of my bicycle touring trip from Mexico to Argentina. I have made it as far as Guatemala! What made me end? Was bicycle touring not made for me? Did I choose the wrong travel partner?

As I am writing this introduction in its ten+ version I am at home for more than a week and I have been asked already many times why I am back so early. In my current situation I really don’t want to answer the same questions again and again. Here is the story of the 10th of April….

“The opposite of love isn’t hate, it’s disinterest.”

A quick end to my bicycle touring trip

The 10th of April. Today my partner…. wait, EX-partner made clear that things don’t make sense anymore and we have no future together.

It would be a lie to say everything was perfect until then. We had problems right from the start. From September until December last year he stayed with me in Germany and I was permanently unhappy about his lack of integration. His parents died early and so I tried to give him a new home in my family. Everyone gave him a warm welcome and he lived basically for free at my parents place. But he never showed any effort to learn the language and communicate with them. Maybe a sign of his disinterest early on.

Buying all my cycling gear, preparing for this trip and starting to cycle with this man was literally jumping into all kinds of relationship problems with two open eyes. Arriving in Mexico we had good and bad moments. I would say just normal. But once we reached the mountains of Guatemala not only the cycling got difficult. Very early we had discussions and I had to hear that cycling from Alaska down to Argentina for my partner was the most important thing. “And what am I?” a quiet voice in my head whispered.

I started to get more and more the feeling that I am only of value for this man when I “function”, when I cycle without any complaints, when I stay at the places he wants to stay and when I pay my share. If I wanted more or anything different, I seemed to be just a burden.

And that’s what it all comes down to today, on the 10th of April. It’s not that I have been happy a lot and that I didn’t think of flying home more than once, but I wouldn’t have given up so fast. Yes it was hard in the mountains.

Since Mexico I suffered from Traveler’s diarrhea for a long time. Staying for longer in Antigua I took the chance and went to a doctor but it was of little help. I took antibiotics against a tick bite for a long time and my immune system must have been down. A strong cold got hold of me. For the last week I was coughing and sneezing without end. Not very sexy, I know.

Anyway, I tried to look forward to our route down the coast of El Salvador and I was willing to fight for our relationship. I gave up too much for this relationship and the trip.

The latest disput started because my partner didn’t want to climb the volcanos Santa Maria and Tajumulco in Xela due to upcoming rain. He was lying on his bed (as always with his computer, mobile and facebook going) and his mood tropped no matter what I did. There would have been so many things we could have done in Xela and I tried to motivate him to do some planning together. Nothing. His behaviour was unbearable for the last couple of days and he behaved more like a little kid, not like a grown-up man. I tried many times to improve the situation but I also made clear that this was the best chance for me to catch a flight home and I wanted him to say how he wanted things to be.

Late in the morning today he asked me to join him for a coffee somewhere in the street. I said yes and in the small café he apologized for being in such a bad mood. When he grew up he never argued with his family (what a lucky guy!) and he couldn’t stand the feelings. He somehow came to the conclusion that things didn’t make sense anymore (I kept myself back, I wanted him to fight, just one time) and the sentence from him that made things definite was “I will help you with everything”.

My world collapsed. Not only a dream is over, my whole life was cut into pieces by that one little sentence. I had given up everything for this trip: a well-paid job, my apartment, my car. I bought all the gear and the expensive touring bicycle, set up this website, all the social media, I am in my ex-partner’s silly youtube videos…. There was even a newspaper article lately in my home area about my trip from Mexico to Argentina.

Guatemala, that’s how far I have come. Thank you for that….!

Yes, you could ask now why I don’t go on cycling all by myself. The answer is I am not in the mood, what happened hurts me too much and I am also not prepared. This was always our trip and I didn’t prepare to be alone. I am just done with this.

It is a hard pill to swallow when you realize that the person you get to know is so very different from the person someone pretended to be in the first place. I thought I would have met an adventurer, someone I could share and live my dreams with. Instead I just met someone who’s greatest talent is his writing style and who is constantly sermonizing his wisdom to others – may it be from own experience or – very often and much worse – just copied from others.

It was a very sad experience to meet someone who definitely has some serious problems and is highly addicted to computer, mobile and especially Facebook. How can your mobile be the first thing you check in the morning, when there’s someone else lying next to you?! How can you spend every little bit of your time hanging in front of a screen and talking more to people on Facebook or Youtube than actually living a real life?! It is very sad but maybe it’s the method of choice for such people and there are already five more girls waiting in line – online.

I lately had to find out that matters of our relationship had been discussed in the youtube comment section. Long before the 10th of April. Silly me, that I was never interested in checking all these comments!

Even if I know what happened on the 10th of April was finally good and not being together any longer with someone like my ex-partner will make my life better in the end, it still hurts. I cried the whole night when we still stayed together at the AirBnb. (He didn’t care at all.)

The next day I flew home. Sitting in the airplane I felt like having a dark cloud hanging around me. I was operating on travel autopilot. Hardly I could manage to talk to some nice American men while waiting for the boarding to start. They were fishing and had to pay a second flight home because they messed up with the flight time. I could have easily provided a better horror story about unnecessary costs and messed up travels…!

My flight went via Houston Texas where I had only one and a half hours for changing planes. Thankfully no time to think! I made my way through immigration and customs and was once again impressed by the American way of control (I like it!). For me it was no problem to get through and just in ime I arrived at the next gate for boarding my flight to Frankfurt. 10 more hours full with painful memories eventually interrupted by some hours of bad sleep.

I thought back about our trip for picking up the bicycle in England, our flight together to Cancun, our time on Holbox island and cycling through the Yucatan peninsula. It was all for nothing.

This man will just cycle on. For him not much has changed, he has never invested anything into this relationship and while I am writing these words the German girl that changed her life for him will be long forgotten. Maybe the next girl is already hooked up and the show will go on.

But for me things are a lot different. It is hard to think about a future at all. There’s only pain and disappointment left…

I had to write these very clear words about what happened and why should I keep things away from you, my readers?! It is a part of my traveling and a part of my life. (Other than my ex-partner) I wrote about this relationship early on in my blog because it meant something to me and so I also write about the end and how I think and feel about it.

More than all memories and all disappointment about a single person there’s one question that will keep me awake for many nights from now on:

More articles about my adventures: 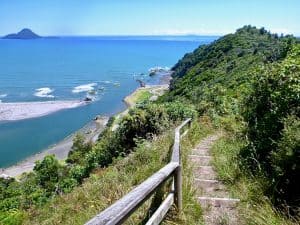 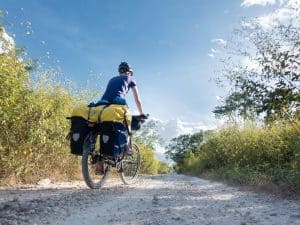 Fijian culture –
Staying with
the locals 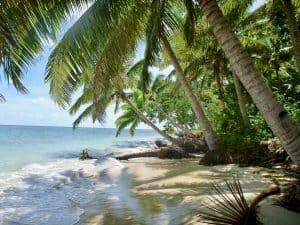 Snowshoeing in the Austrian Alps 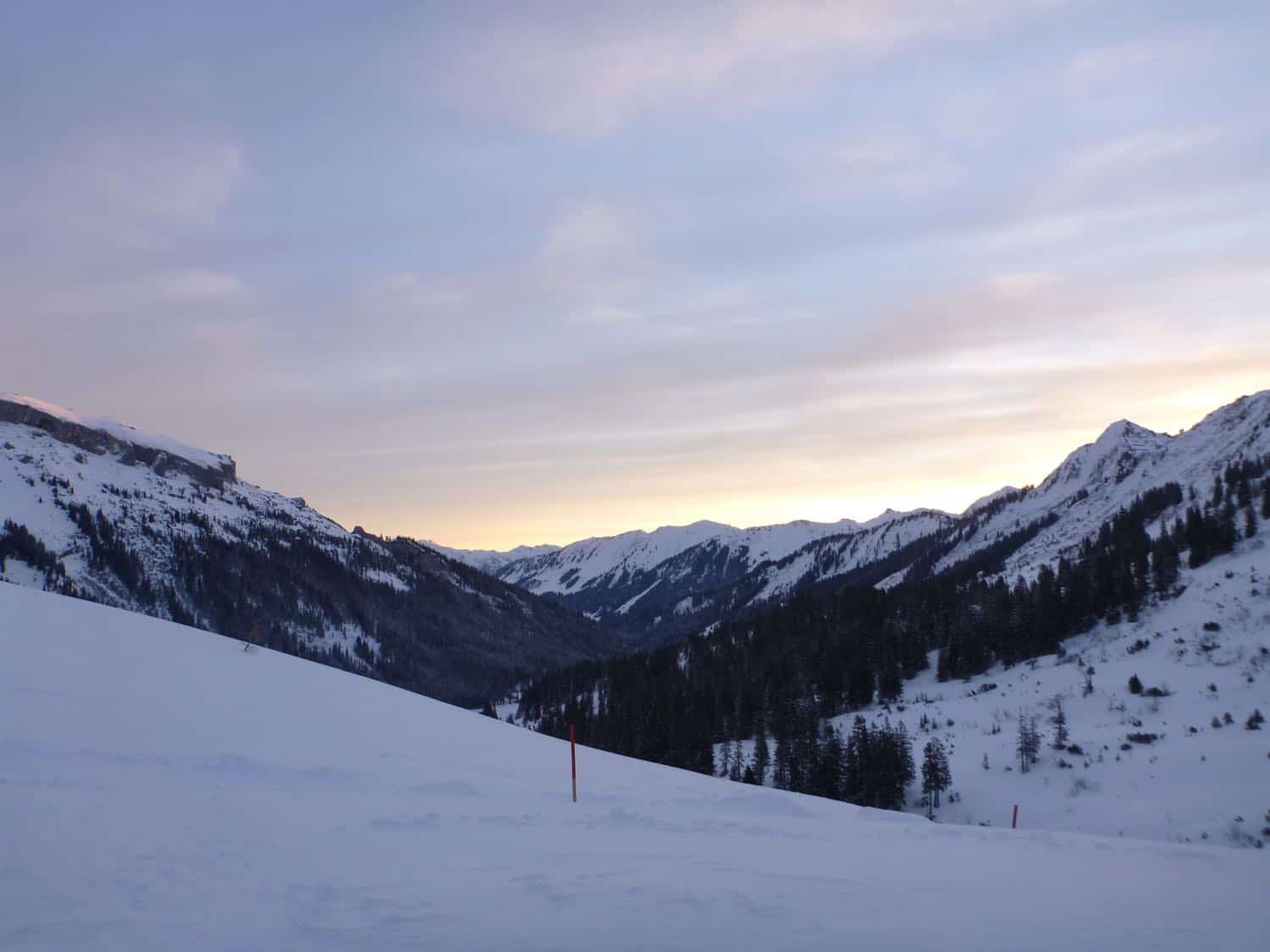 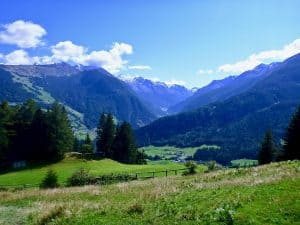