After a very nice breakfast Wilma and Larry drove me to the trailhead where the Parker Creek Trail started. From their house it was a 40 minutes drive. I enjoyed just sitting in the back and chatting with the two or just listening when they talked about people living along the way. Larry showed me where his sisters lived and where he grew up. As soon as we got closer to the trailhead it got very quiet in the car. I felt bad about having to say goodbye and I didn’t really want to. Arriving at the trailhead we took some last photos and they both gave me a hug. Fighting back the tears I realized I wasn’t the only one. Within only two and a half days we had become friends and I have been treated like a family member. It has been a great honor for me to stay with Wilma and Larry and get to know them.

I wish you two all the best and a lot of adventures to come! It was awesome and I am very thankful that you picked that German girl up on the road! 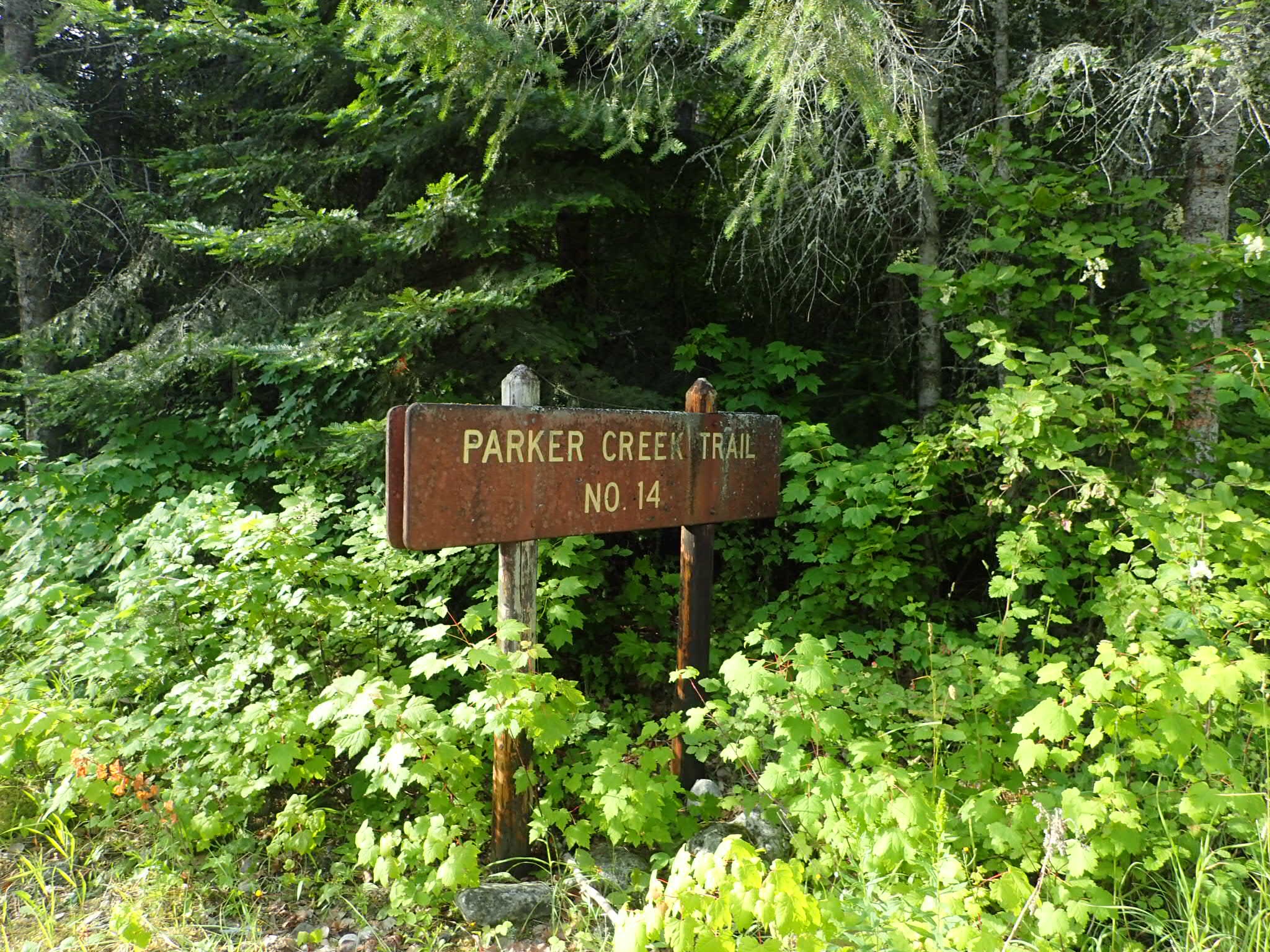 Today’s hike started with a major climb along Parker Creek. After saying goodbye I was glad that the hike immediately turned into hard work and I had something to do. I had heard before that this trail would be in bad condition due to a recent fire and when I turned around another switchback the first trees were down. I had to scramble over a lot of trees but it kept me busy. 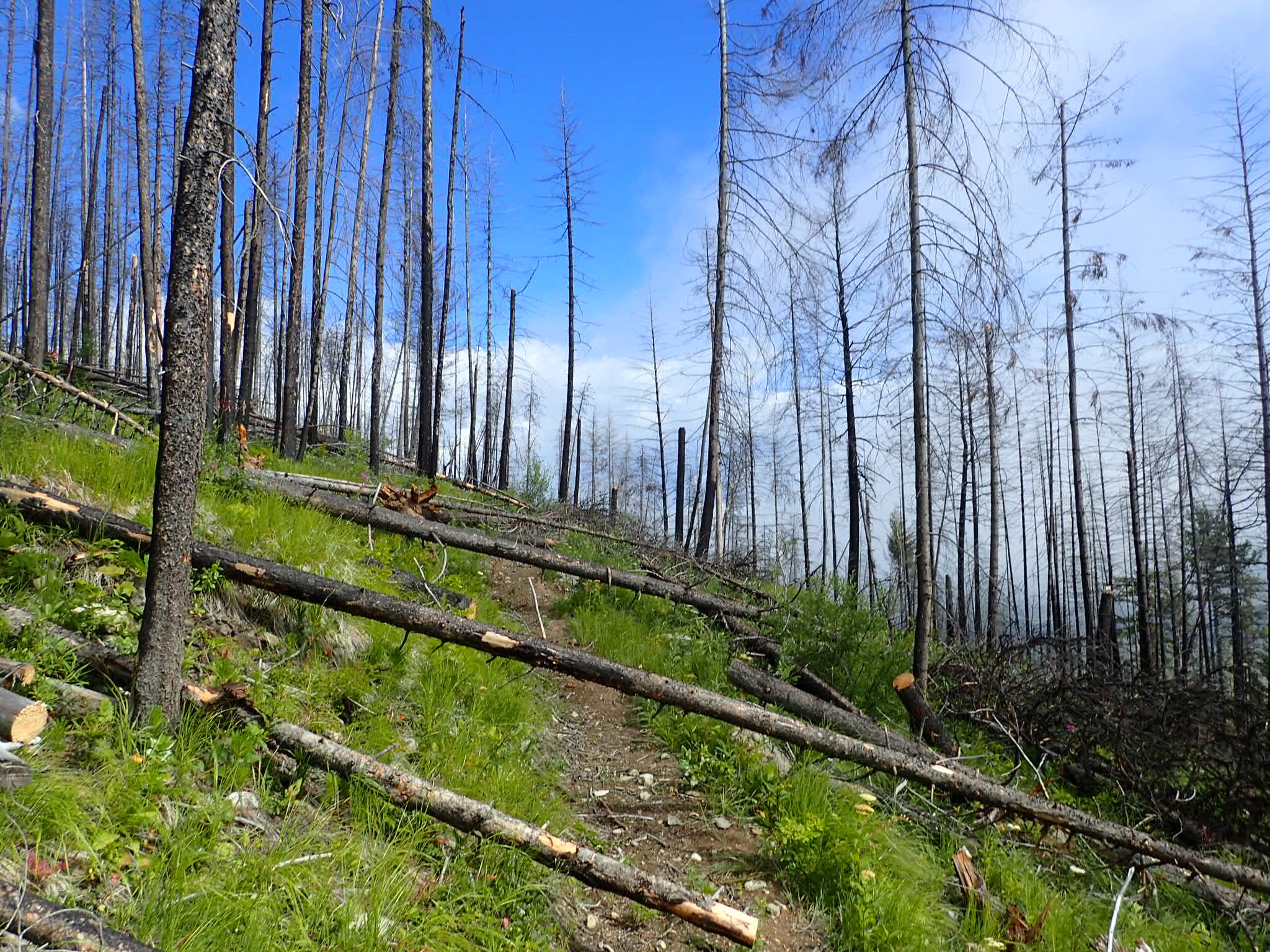 Halfway up the climb I couldn’t help it and cried a little bit. I thought about Wilma and Larry, all the generous people I had met on this journey and about home. It was just too much! Reminding myself that I had only a couple of liters of water for the next 16 miles I tried hard and finally got my feelings under control again. I had to hike.

After a nice lunchbreak and a poor attempt to lighten my pack I bumped into three guys from the Forest Service who were cutting the downed trees and removed them from the trail. How lucky was I?! From where I met them all the way to the top I had a pleasant hike and no more obstacles in my way. Great timing!

Climbing up the trail got more and more alpine. I had great views back towards the Kootenai Valley but also ahead towards the Selkirks. I hike now in Section 3 of the PNT: the Selkirk Mountains! 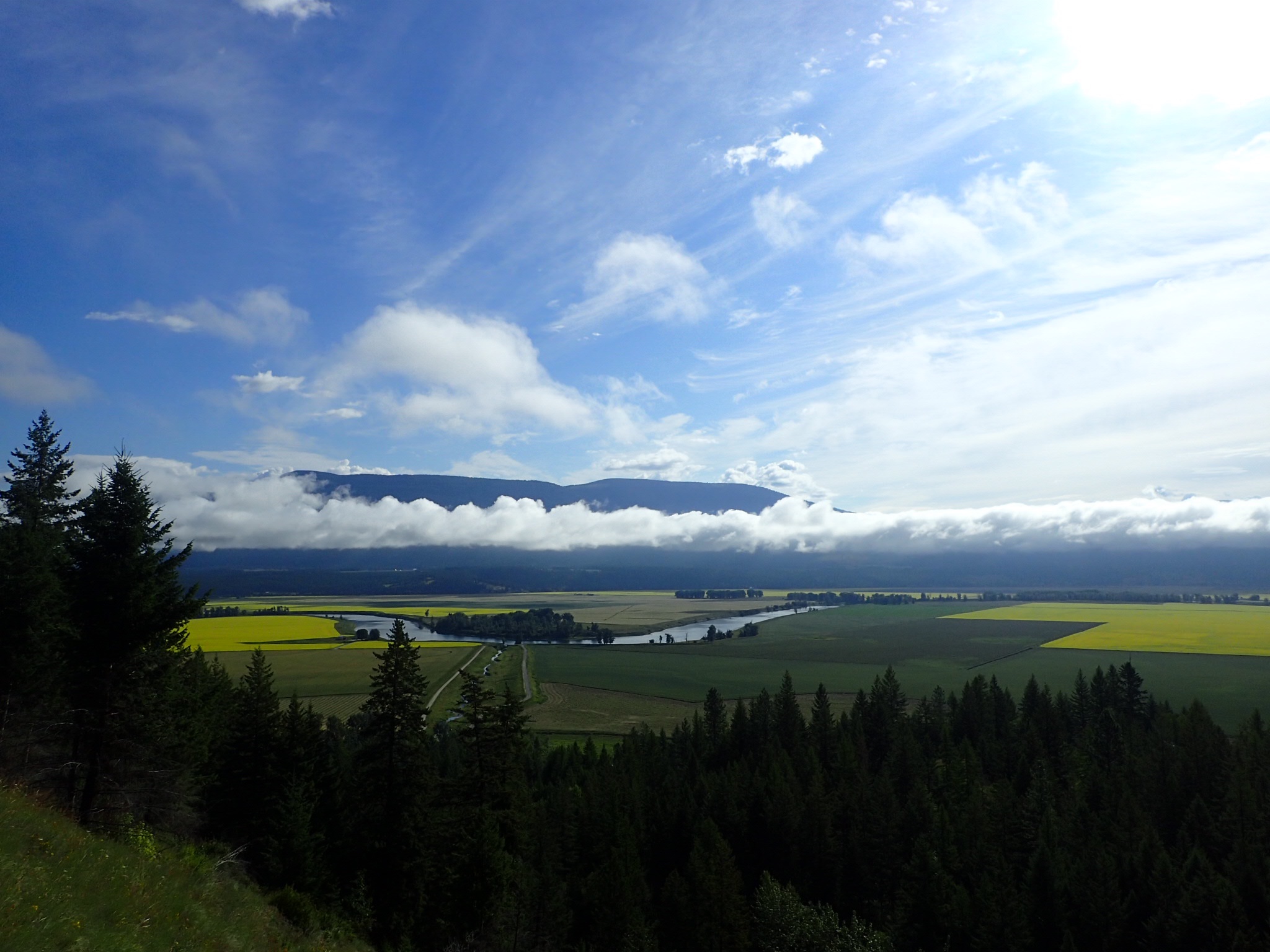 I climbed up until I reached the top of the ridge where I would stay for a while. I had passed some steep sections and was thinking about tomorrow. A serious bushwhack was ahead and I had the choice of scrambling along the ridge line or descending into The Valley and scramble along Lion Creek. Both routes were not easy with the high route being longer and apparently more dangerous. On the other hand was the route along the creek probably overgrown with dense vegetation and not easy to get through. Ahead of time I had planned to do the high route but I wasn’t too sure anymore. I didn’t like steep drop offs and I would very likely be all by myself. 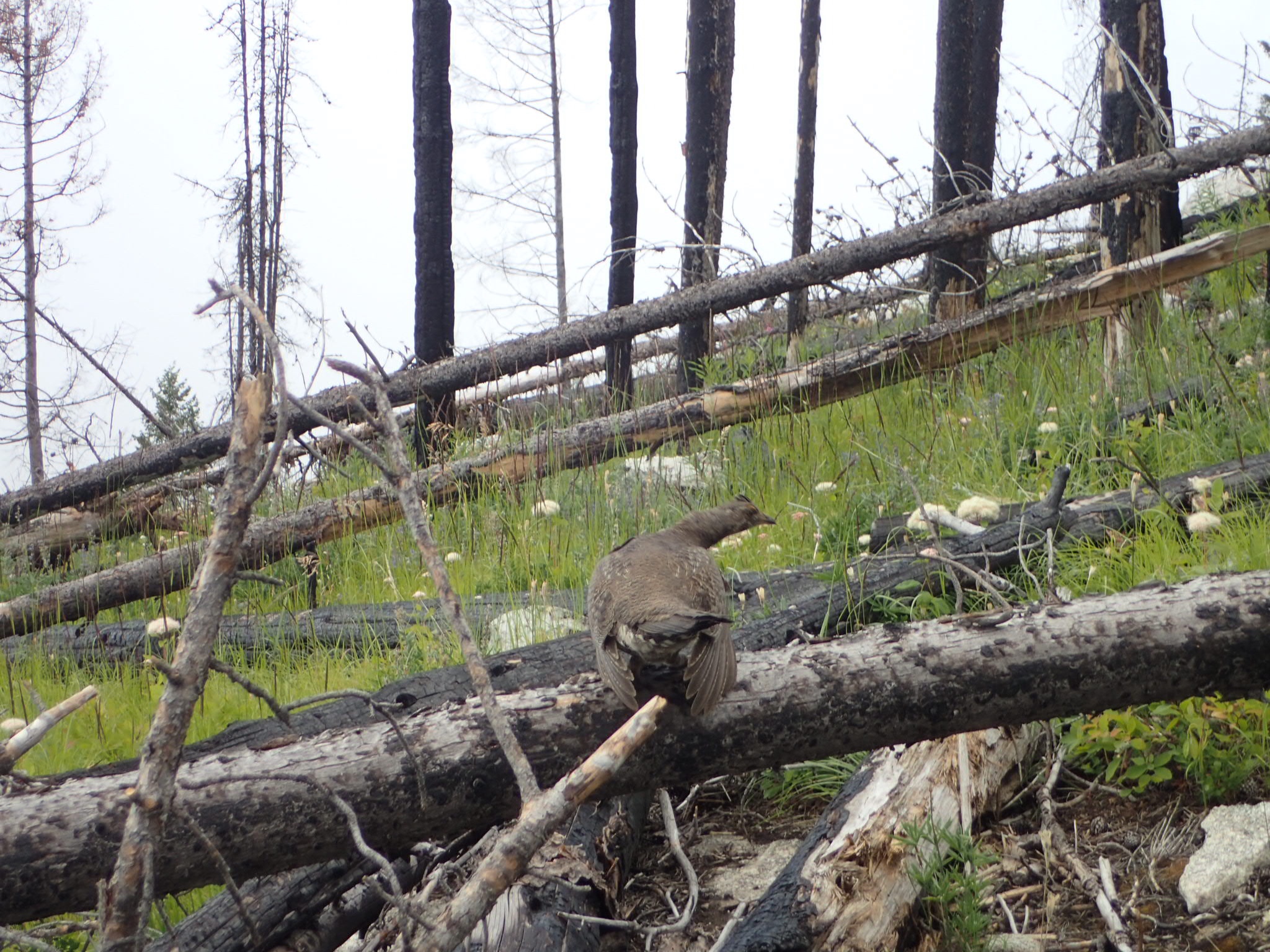 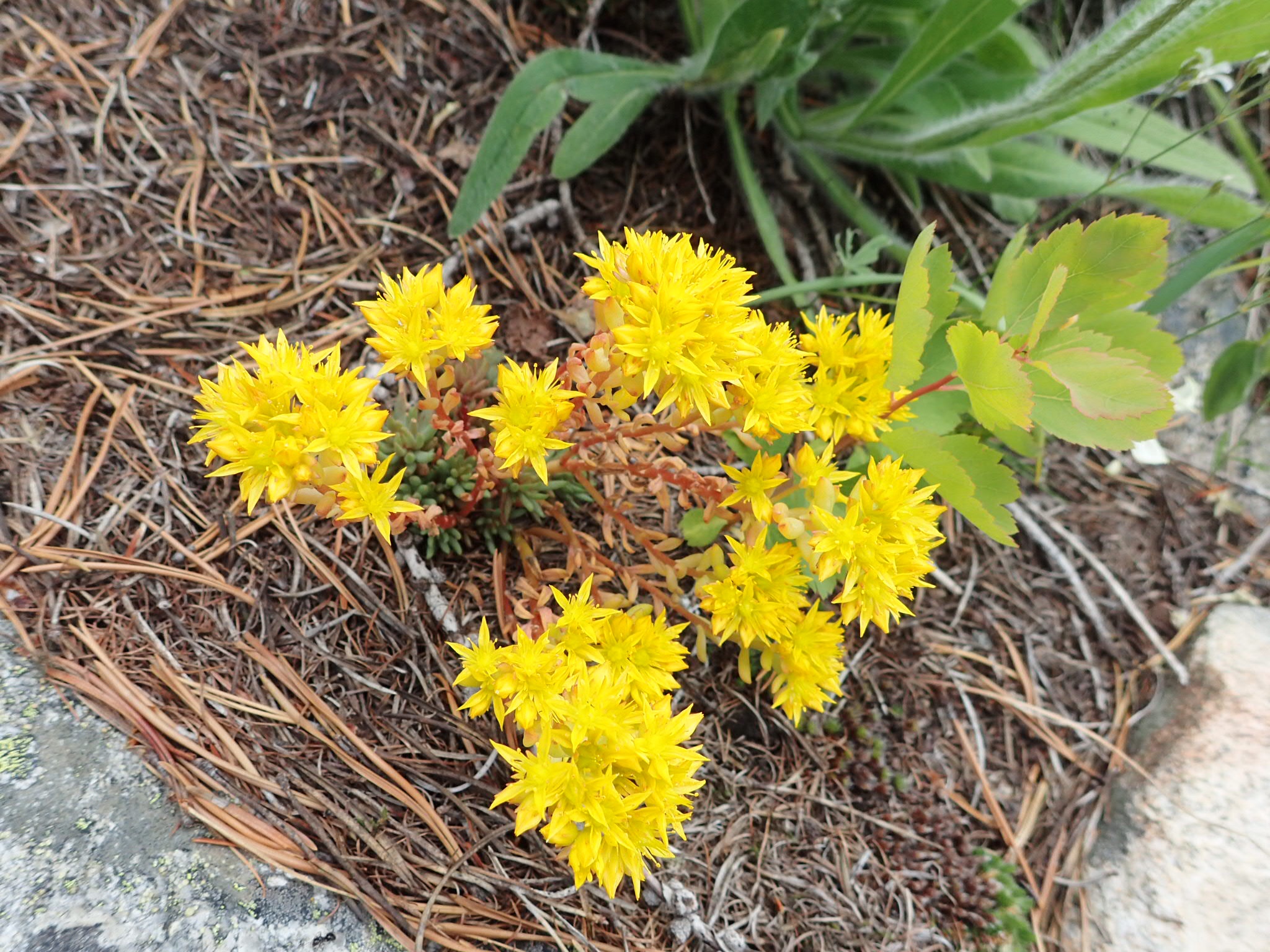 Postponing the decision I hiked on. In between the clouds looked dark and I was wondering if my new shoes would get wet on their first day. Although I had done most of the climbing it was still a lot of up and down and I was thirsty for a while now. I passed two trail junctions to lakes at lower elevations and aimed for Pyramid Lake where I wanted to spend the night. Probably two miles away from the lake I was in deep thoughts about my water situation when a small spring appeared right next to the trail. Thankfully I filled up my water bottle and drank a lot straight away. The last miles went slowly and once again the maps didn’t show the truth. I arrived at Pyramid Lake around 6:30 pm long after I had planned. Yes I am slow but there were also some switchbacks not shown on the map!

I pitched my tent and had cold soaked ramen again for dinner. Besides me there’s a couple with a big dog camping at the lake as well as a group of ten girls. We are all spread out so it’s not too bad.

I wonder what tomorrow brings. Hopefully the bushwhack is not gonna be as bad as expected. I really don’t feel like it and would rather hike a long detour on a trail! 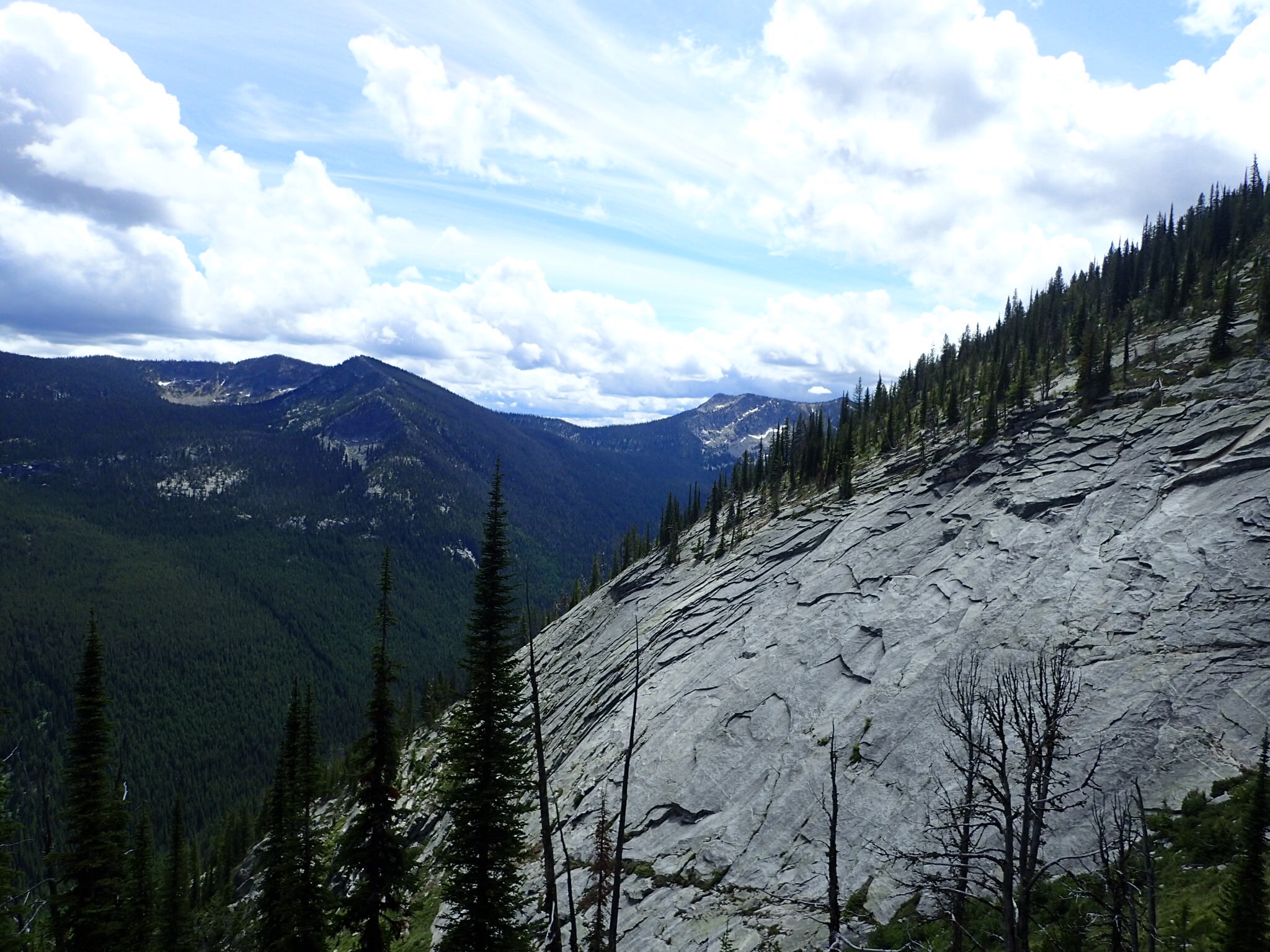 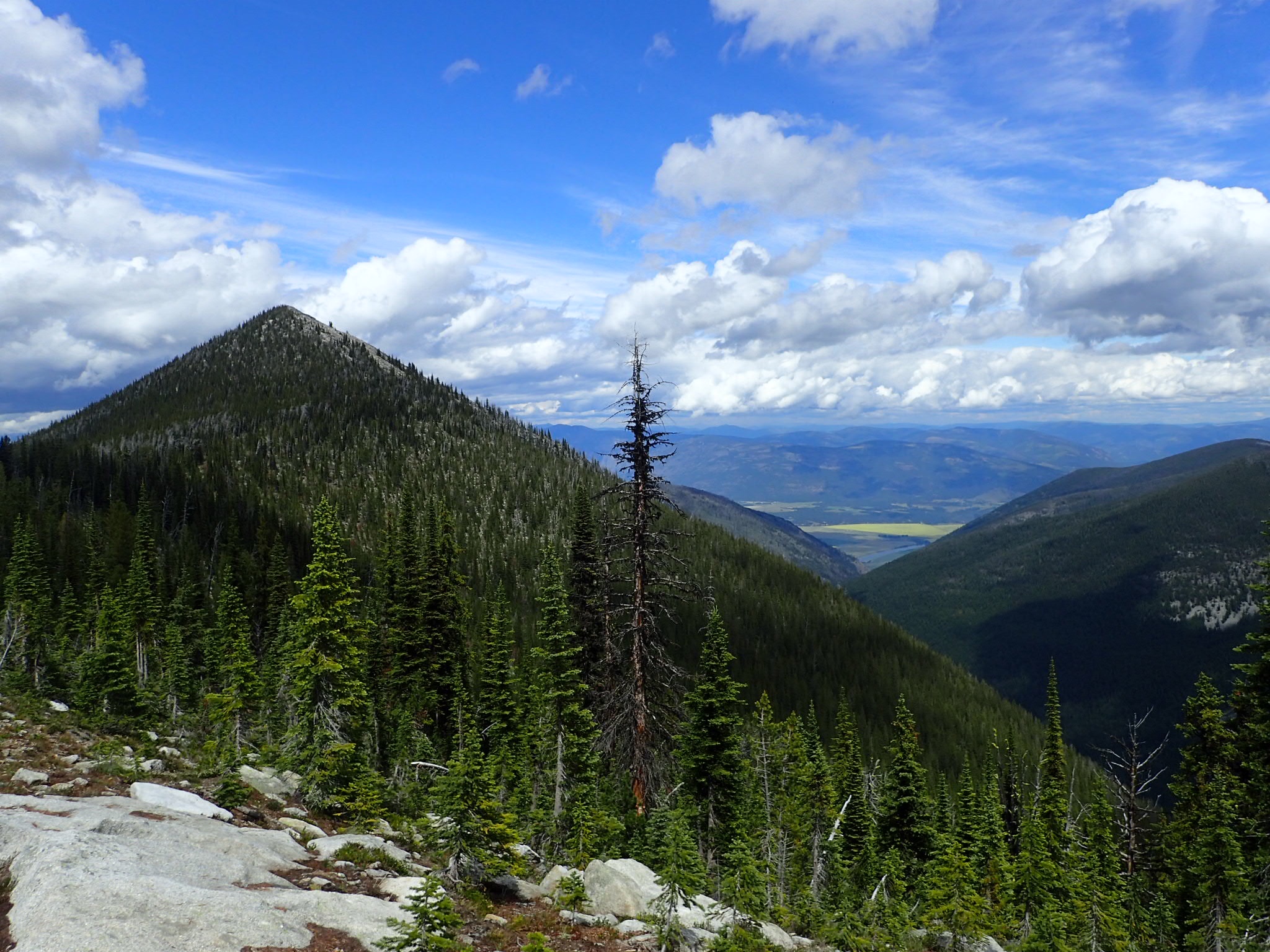 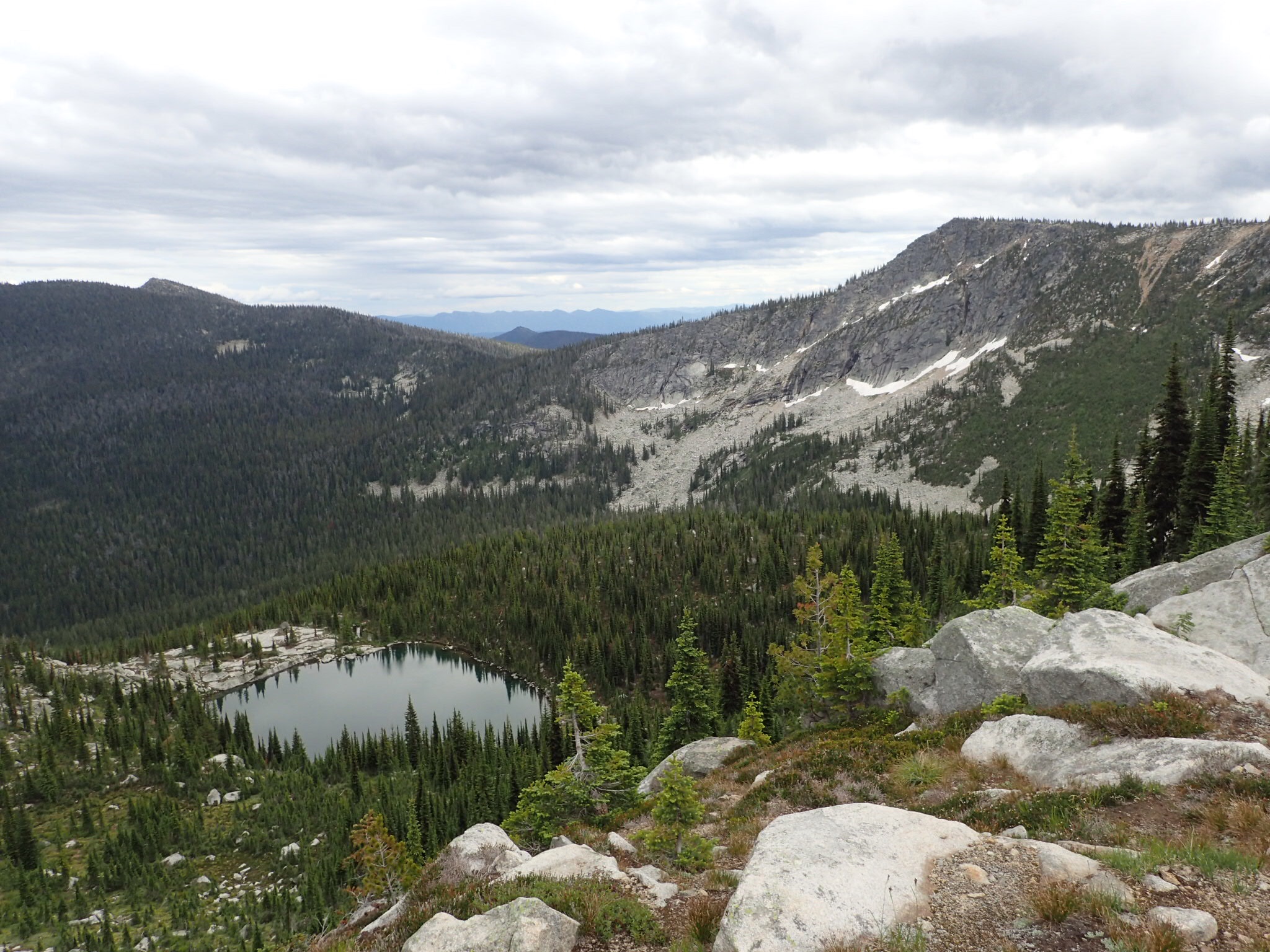 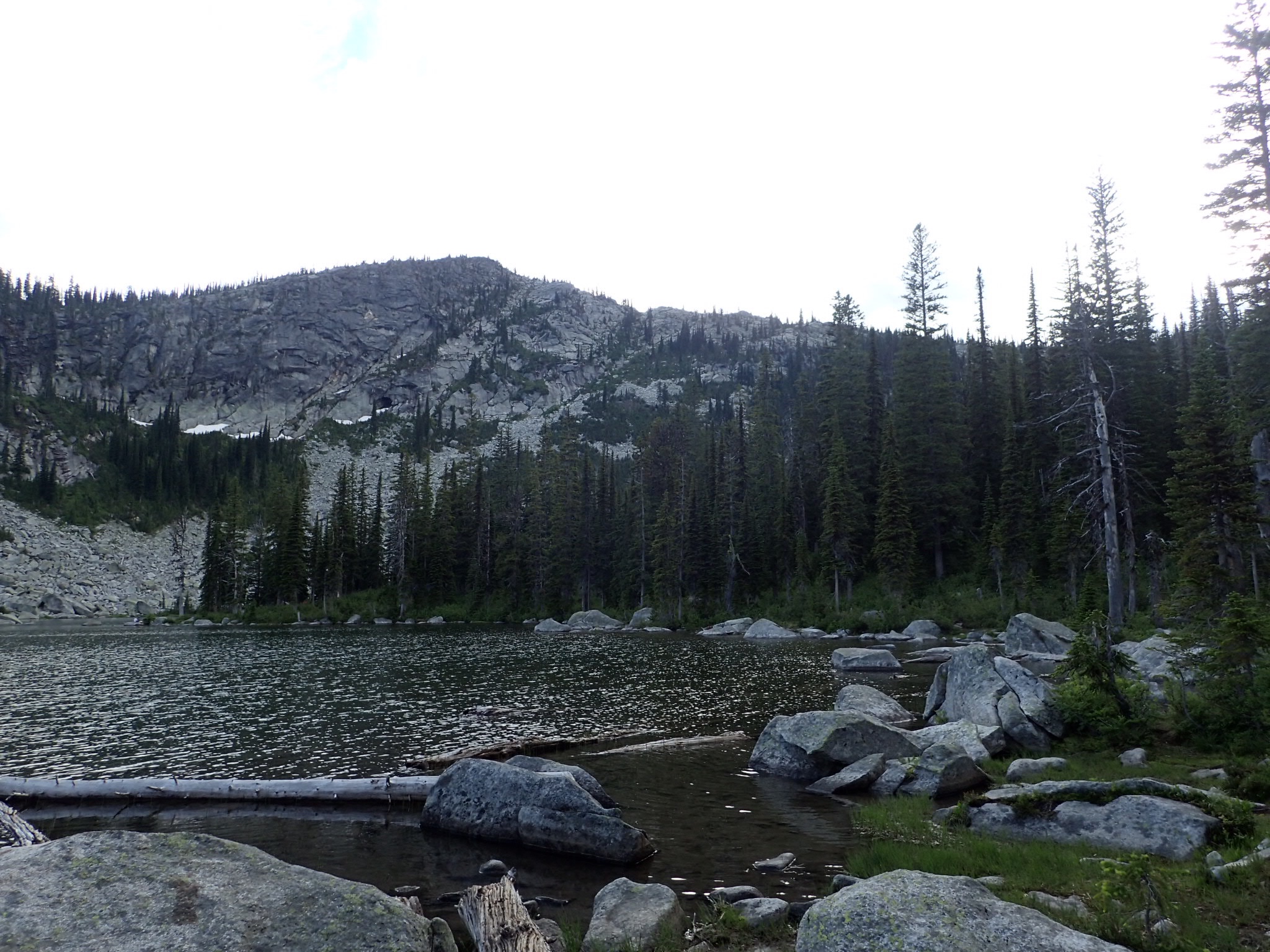 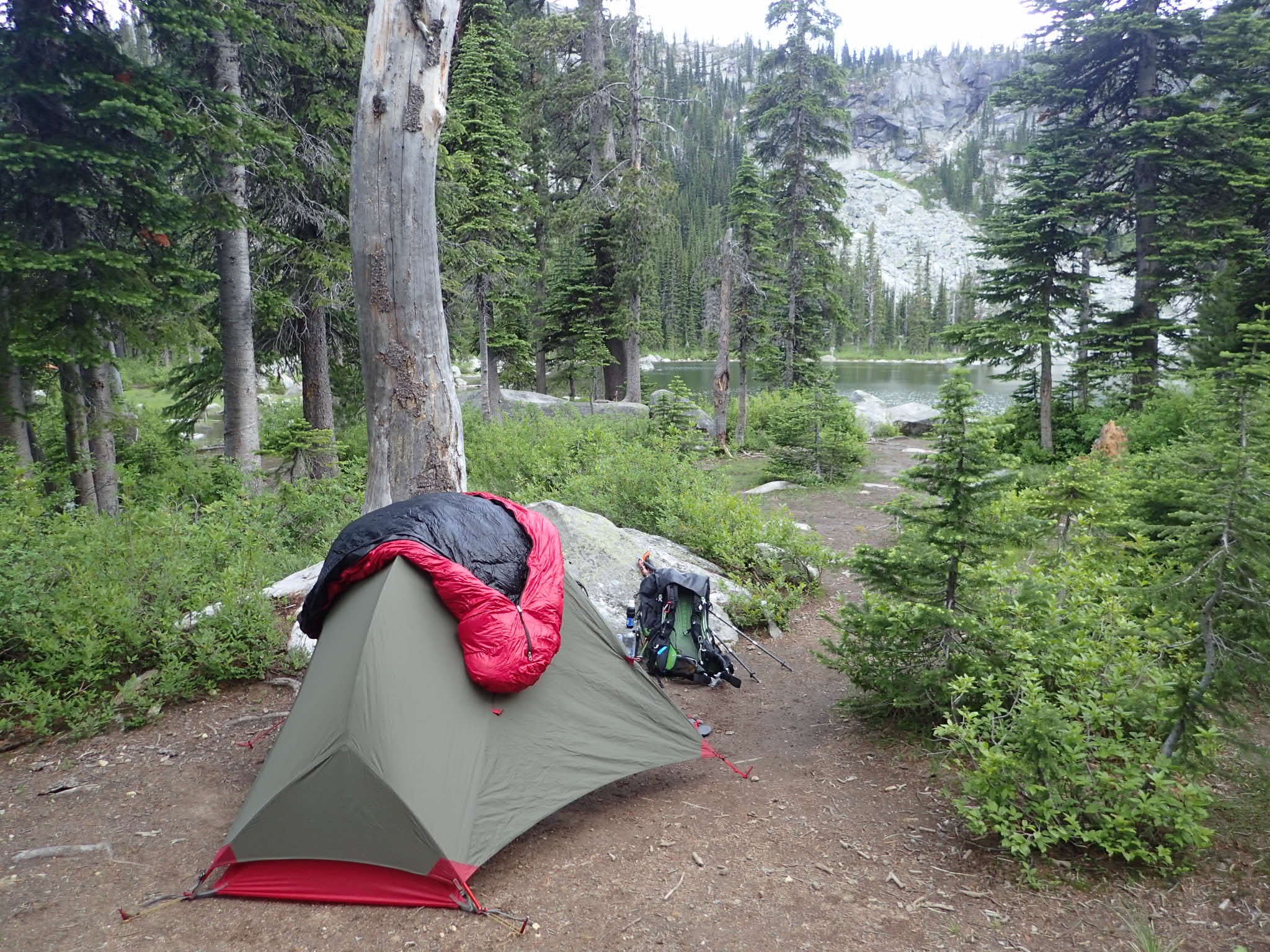 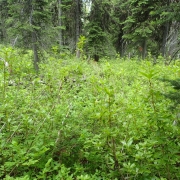 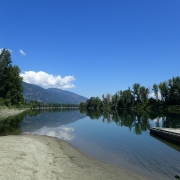