It was 5:45am. I didn’t wake up to the sound of birds as usual. I woke up to the hammering sound of a tree harvester. Leaving my tent I saw that the machine was working on the other side of the road. Hummingbird and Indie were nearly all packed up and ready to go.

I said goodbye and crawled back into my sleeping bag. As the noise of the logging machine kept me awake I did something I haven’t had a chance to: I read a bit in the book I had bought in Metaline Falls. 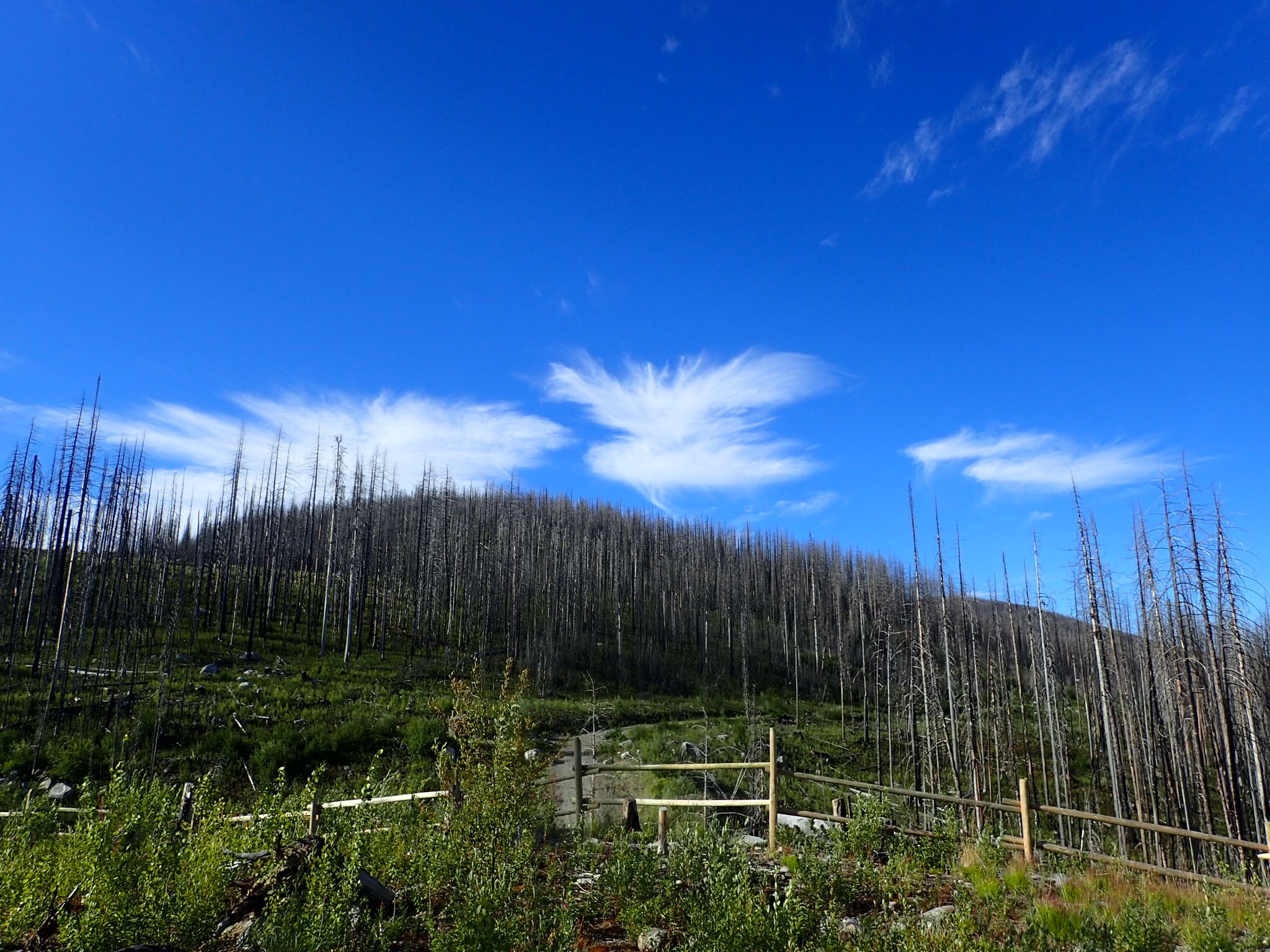 It was past eight when I started hiking. I had to take a detour along a forest road as the first part of the Kettle Crest Trail was closed due to the logging. 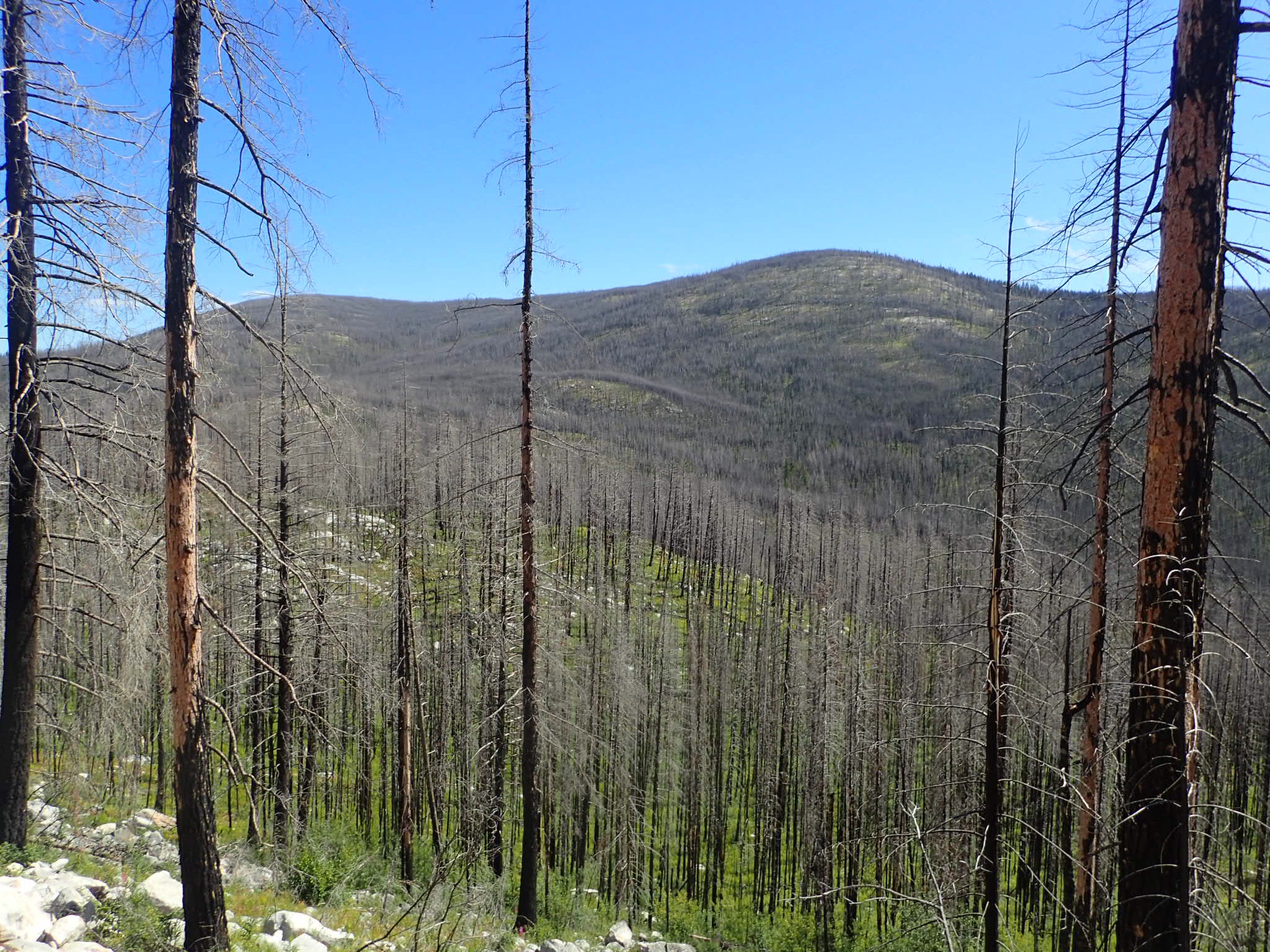 The first half of today was rather boring as I was hiking through a huge burnt area. The sun was shining from a bright blue sky and there was no shade at all along the trail. I also didn’t like to see so many dead trees. It should get 3:30pm until I saw the first group of living trees again. My water sources along the way were piped springs for a cattle trough. A farmer must have recently built all that. Turned out that the Kettle Crest Trail was also a Cattle Crest Trail! The second time I got water out of one of these springs was a bit sketchy as I saw a dead squirrel floating in the trough. I told myself that the water out of the pipe came from elsewhere but I was hard to convince. 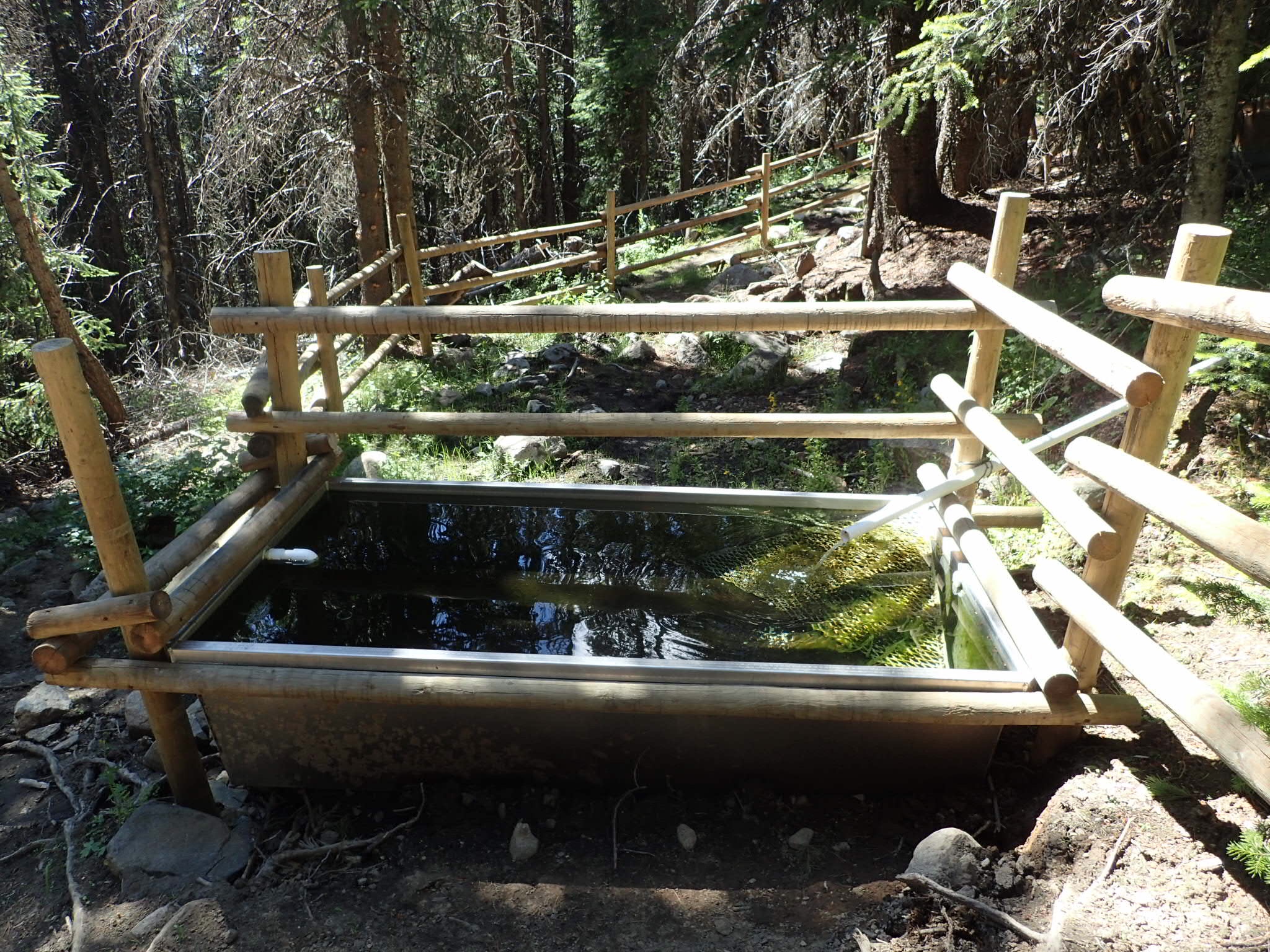 It was already late afternoon when I started the short but steep climb up towards the summit of Copper Butte. It was around 7000 ft high. I was proud of myself when I reached the summit and sat down for a while. Thankfully the forest looked healthy again on the other side of the Butte. 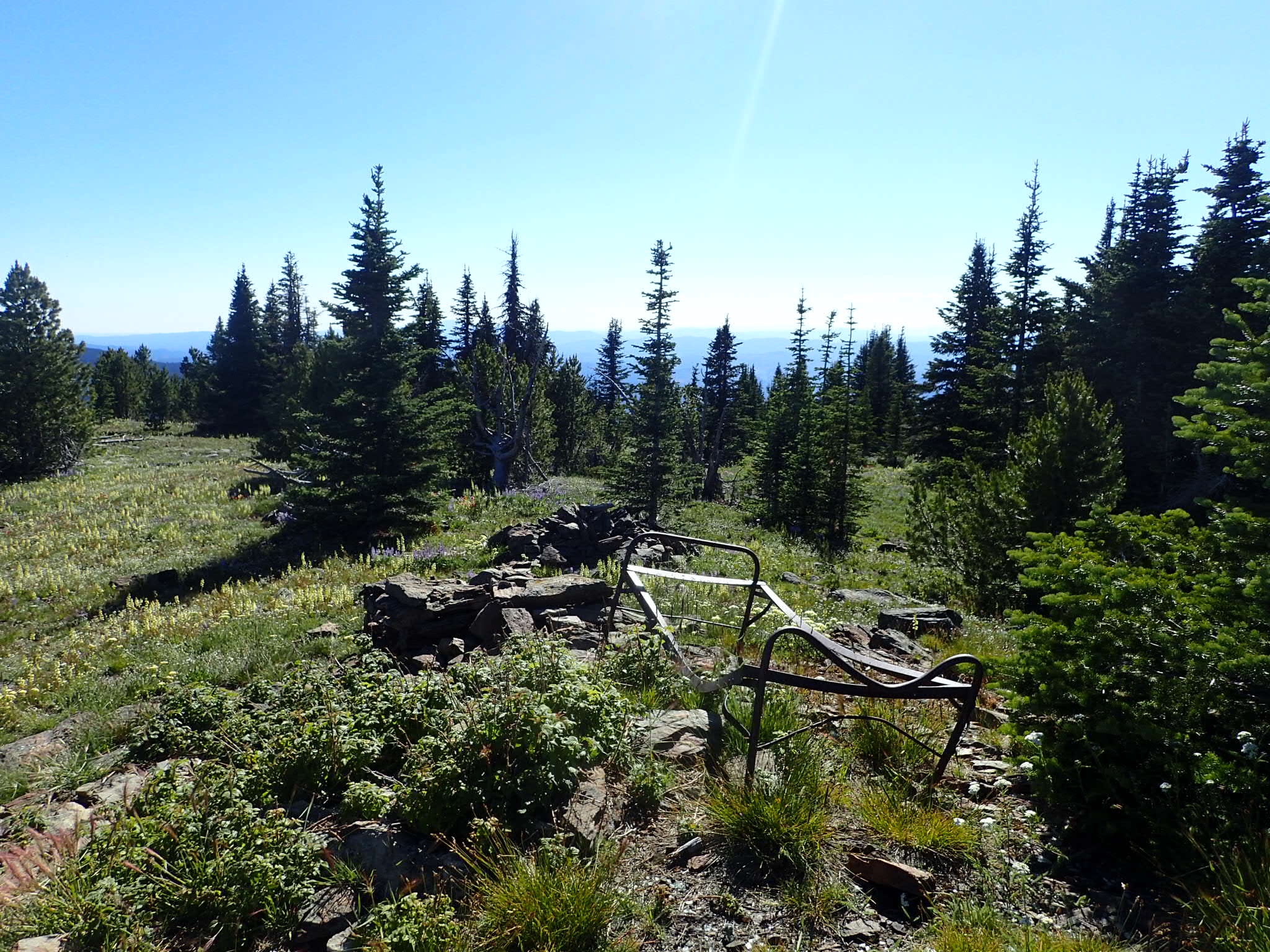 I descended and aimed for a campsite close to another piped spring. Surprisingly Rip is camping at the same spot and we both want to get into town tomorrow. Initially I wanted to hike a bit further before going into town (there are three options to hitch-hike into Republic) but I am very tired and I need a rest. 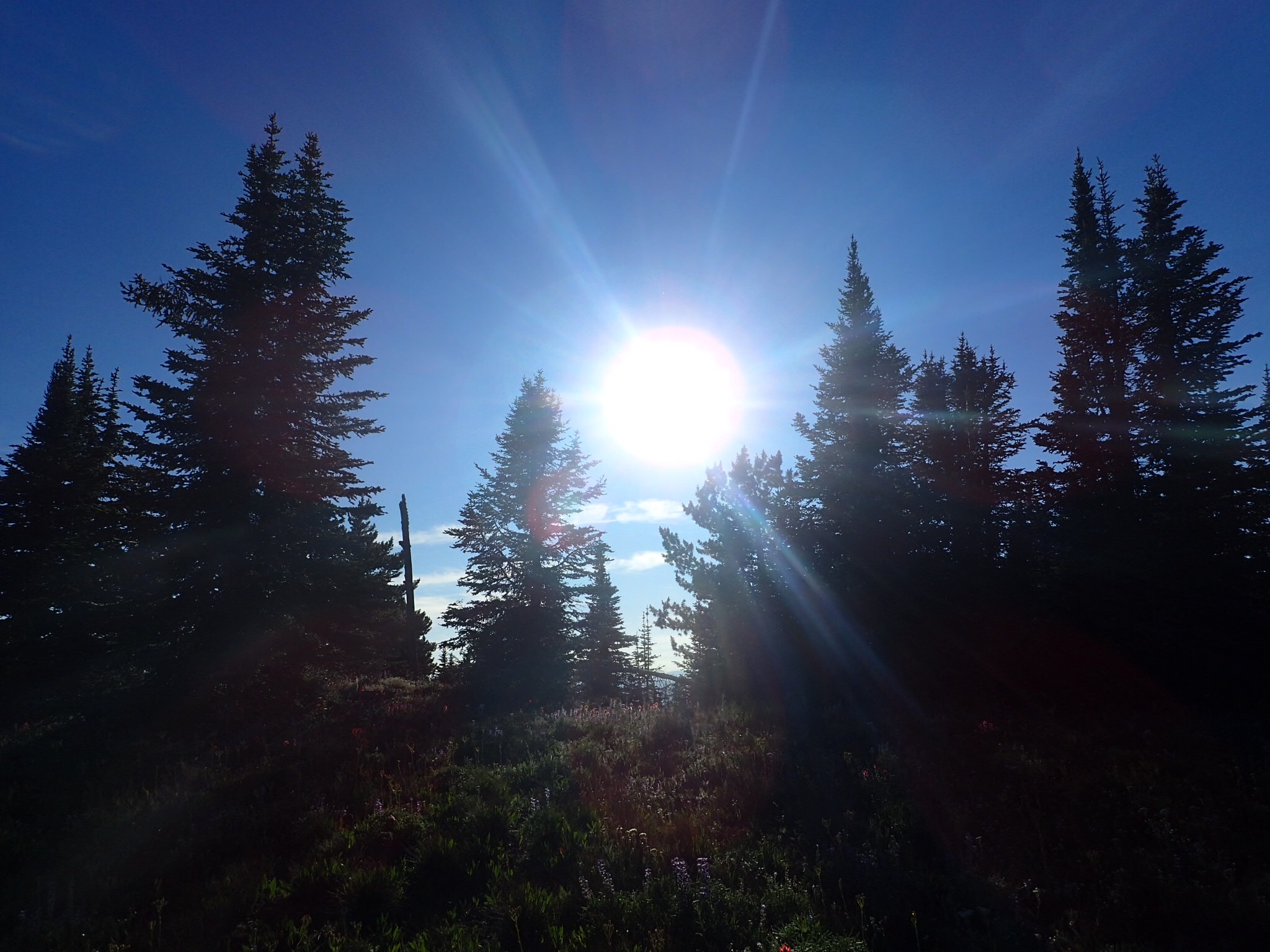 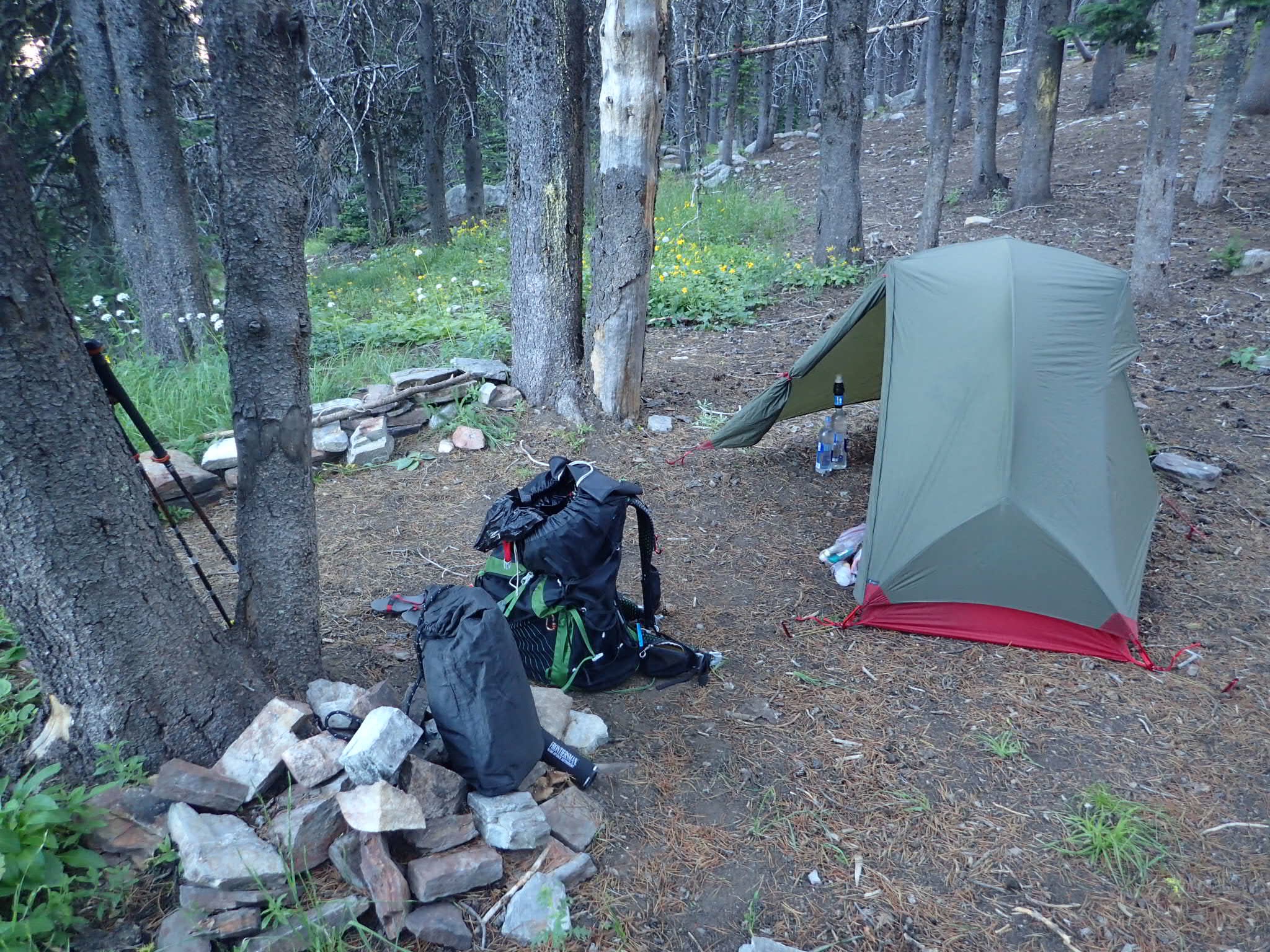 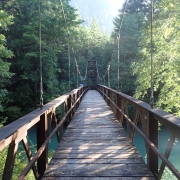 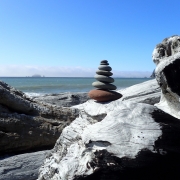 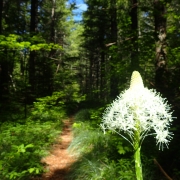 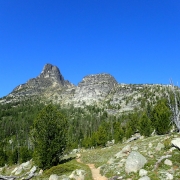