Somehow I didn’t sleep well last night but I don’t know why. I was up before 6 am and had breakfast in my tent. I tried to be as silent as possible to not wake up Rocks and Cara although they were further away and the constant noise of the creek swallowed everything.

I hiked out first and started climbing towards Whatcom Pass. The trail first climbed gently through a big glacial valley with waterfalls left and right. 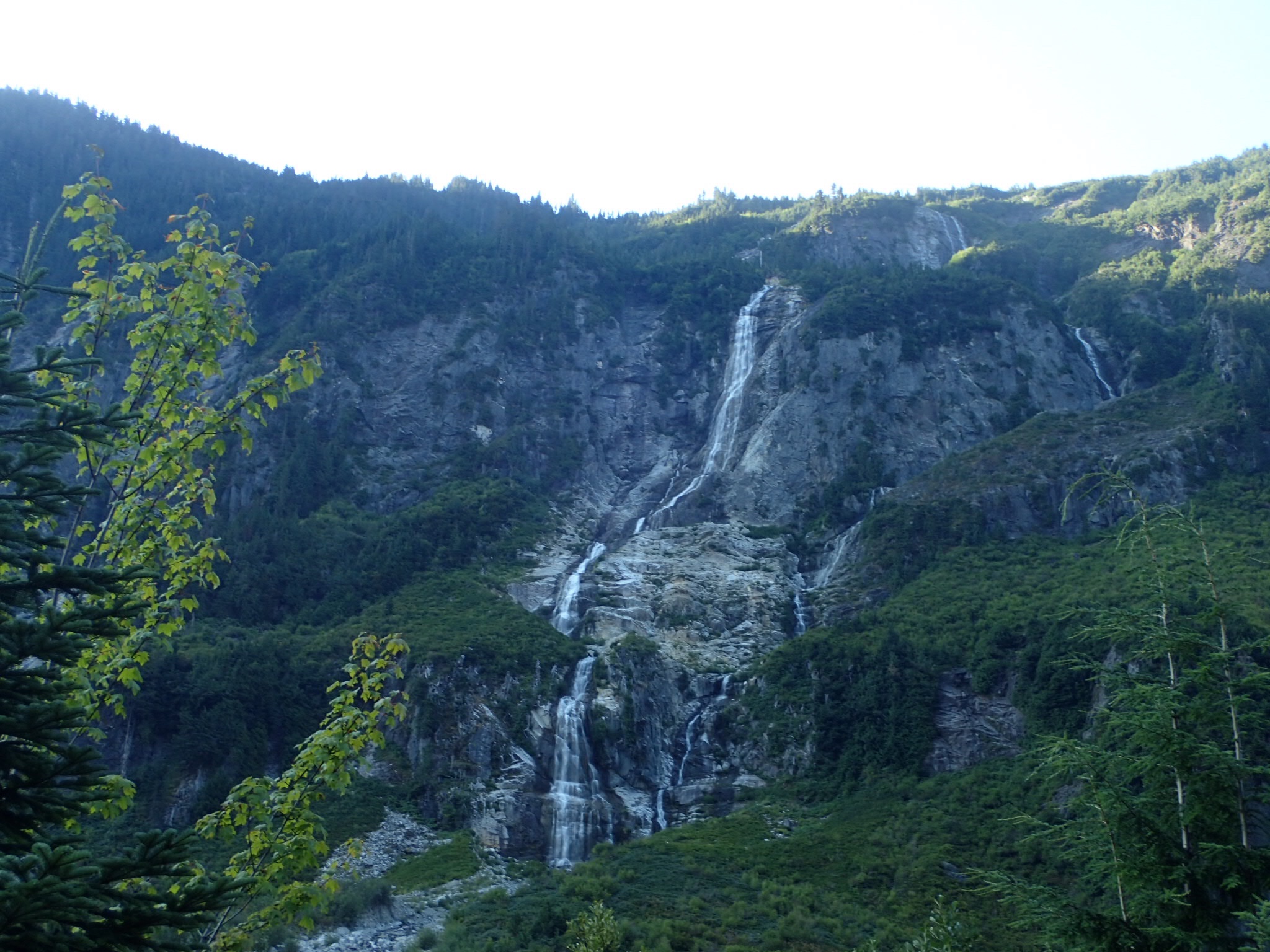 Looking at the small rests of the glaciers I was wondering how long this landscape would look like this. The water coming down from the glaciers was an essential factor and desertification due to climate change was in full swing. Hiking through the slowly heating valley I could picture our planet turning into a desert.

Very soon the steep climb towards Whatcom Pass wiped away my dark thoughts. 37 switchbacks and a steep trail inbetween made me sweat from every pore. During the climb I had impressive views of Whatcom glacier and the surrounding mountains. 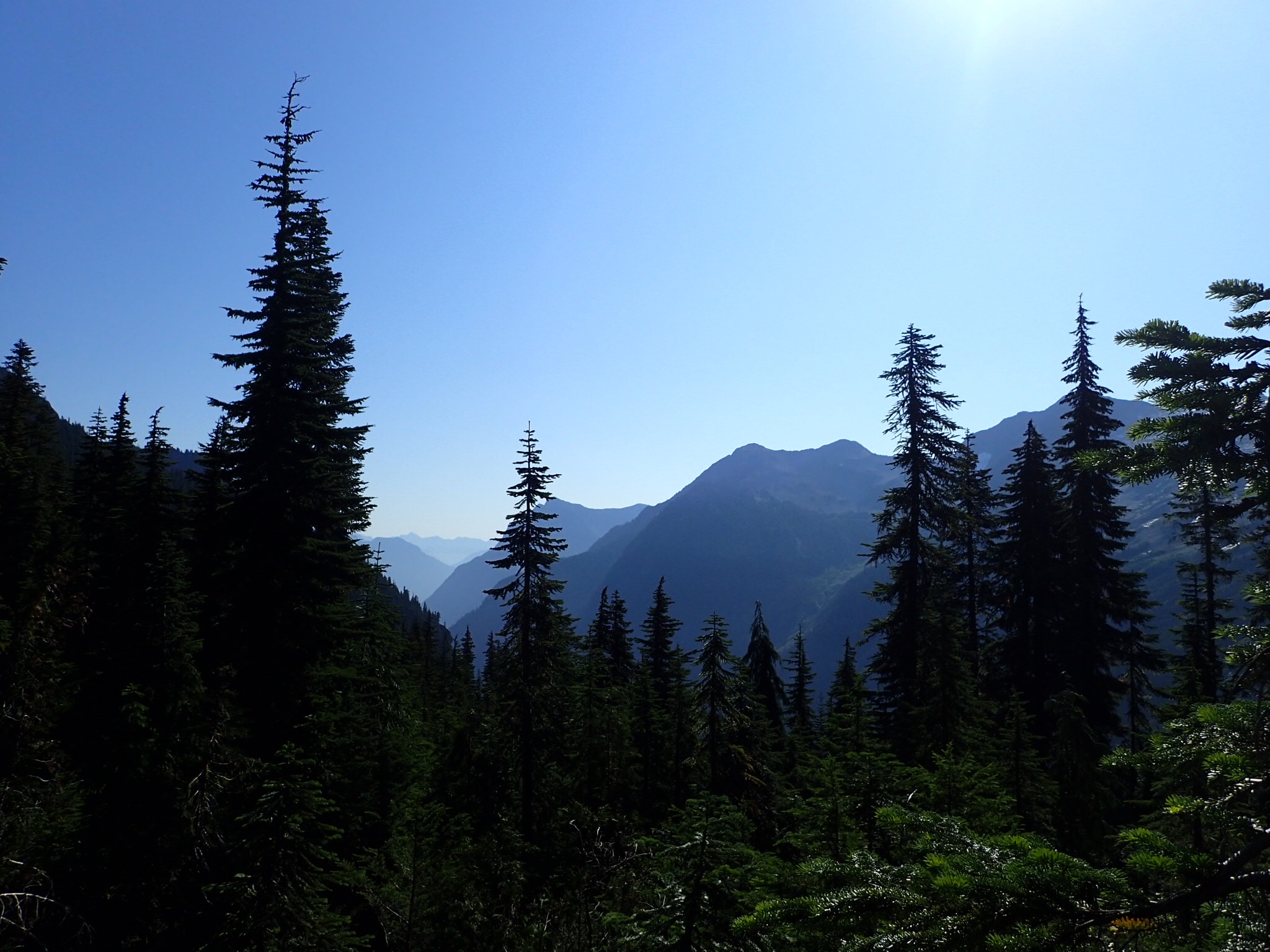 The last few switchbacks were very steep and the mountainside was stabilized with old wooden planks. I felt relieved when the trail finally leveled off a bit and climbed the last feet of altitude through a nice alpine valley. 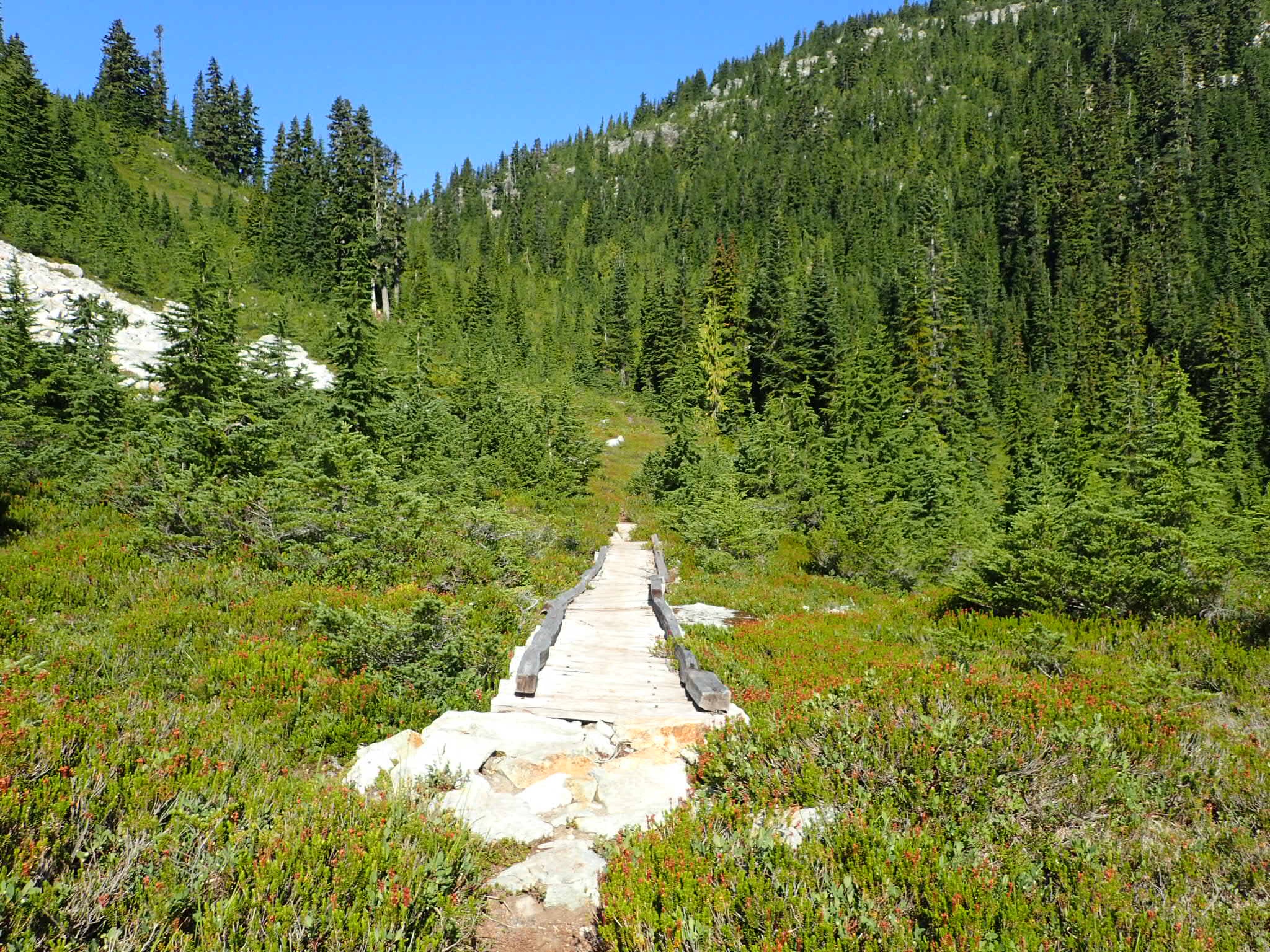 On top of the pass I stopped for a short break but the usual mosquitos made me hike on early again. The descent was quite scenic with lots of nice creeks to cross and get water from. The trail descended down into The Valley again where it followed Brush Creek for a while. It was changing between forest and hiking through thick brush where the trail was more open.

The trail went around a mountain and into another valley to follow the Chilliwack River. Bummer of the day was that the famous cable car was out of order due to restoration work of the Forest Service. 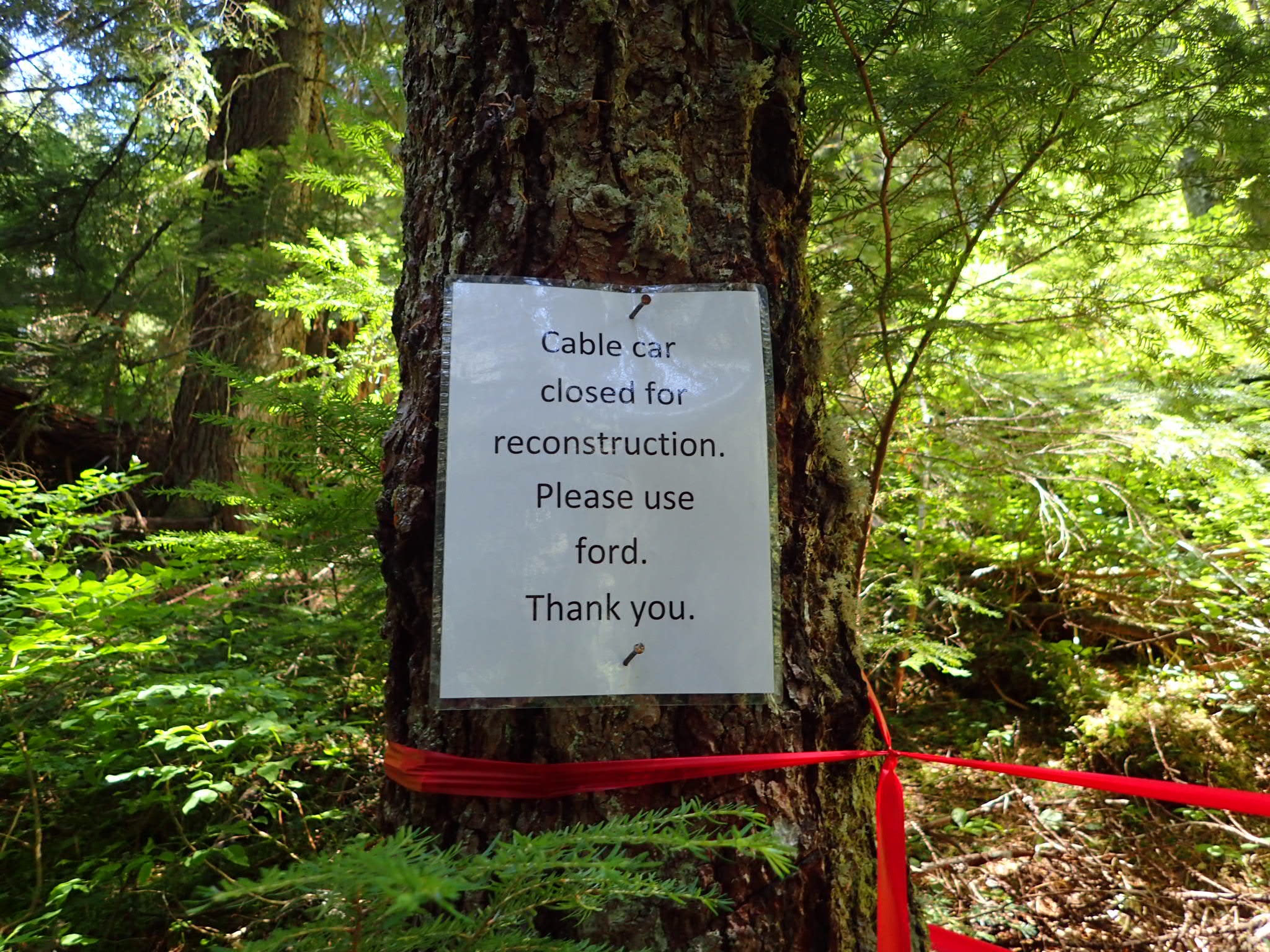 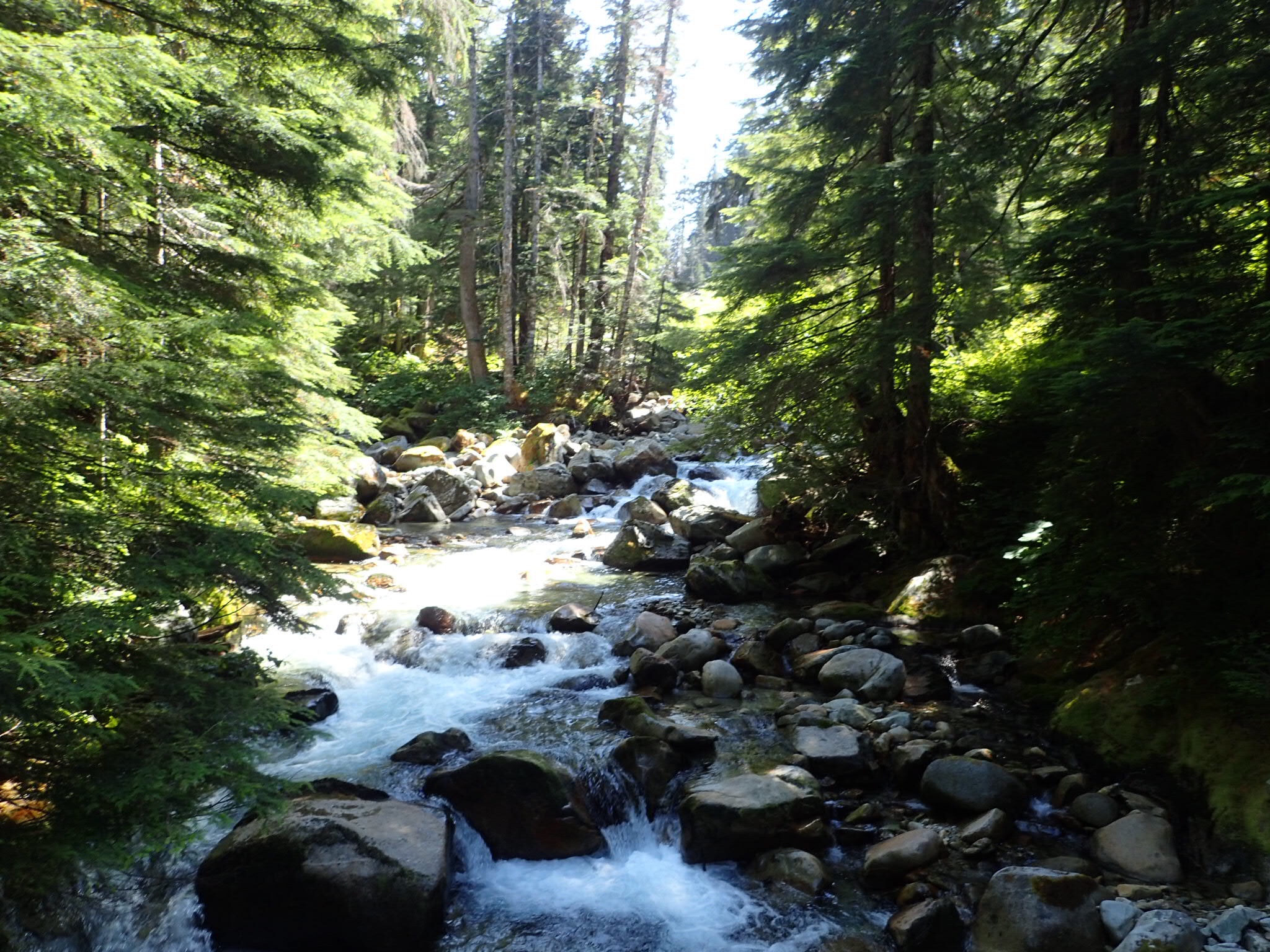 Instead I had to ford the river. As there were no logs I took off my shoes and went across. No big deal. On the other side I joined three older hikers who were taking a break on some shady stones. I sat for about ten minutes until I realized that there was nothing. No mosquitos and no biting flies! I sat for another five minutes and enjoyed this oasis of peace.

As soon as I went into the forest again they were all back on me! Especially in the afternoon I had a hard time fighting all the biting flies. It was horrible! Hiking uphill towards Hennagan Pass I was sweating again. Additional to the hard hiking I had to move around like crazy to keep the flies from biting. It drove me crazy!

My initial plan for the night was to camp at Boundary camp which I had a permit for. It was the last camp in the National Park. Arriving at the camp I checked the two campsites that were still free. They were not so level. Desperate for a good spot I decided to hike on to the top of Hennagan Pass.

This is where I also said goodbye to Rocks and Cara. They would hike on towards Concrete while I needed to resupply in Glacier.

Tired I pitched my tent not far from the trail junction just to realize later that there were some better campsites along some sidetrails. However… It was Ramen mixed with a rest of Couscous I still had in my bag and after some M&Ms for dessert I sank tired into my sleeping bag. 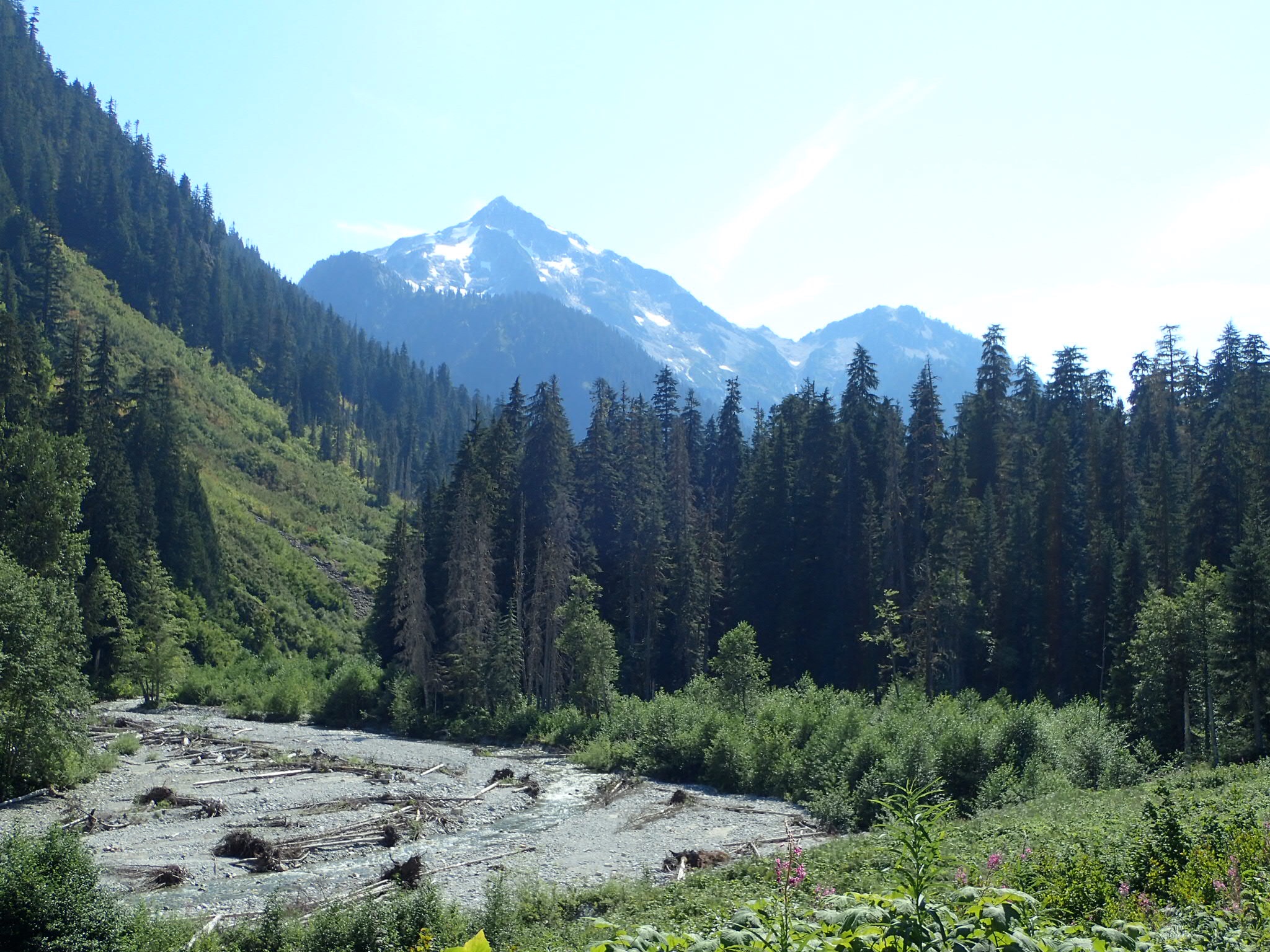 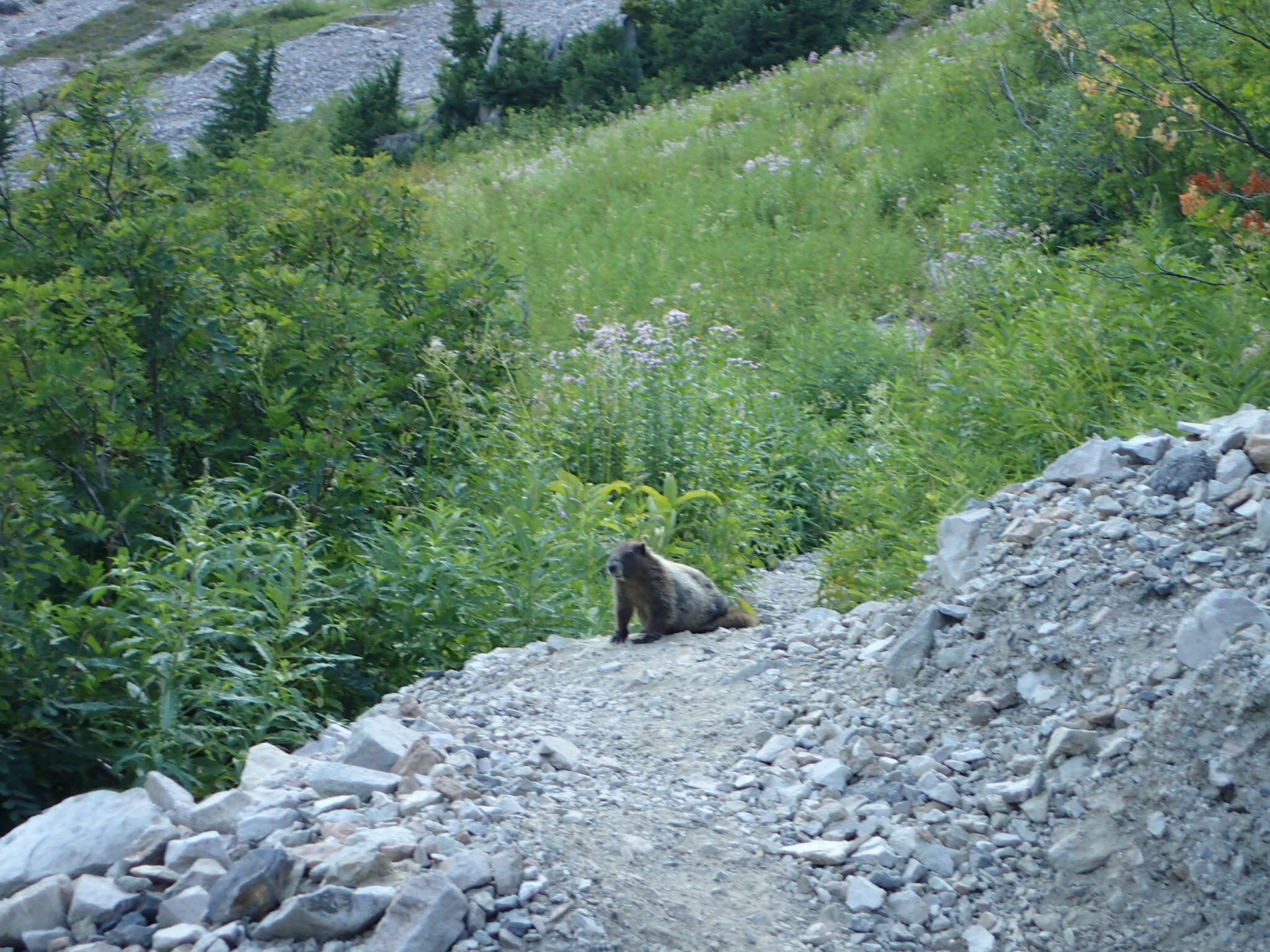 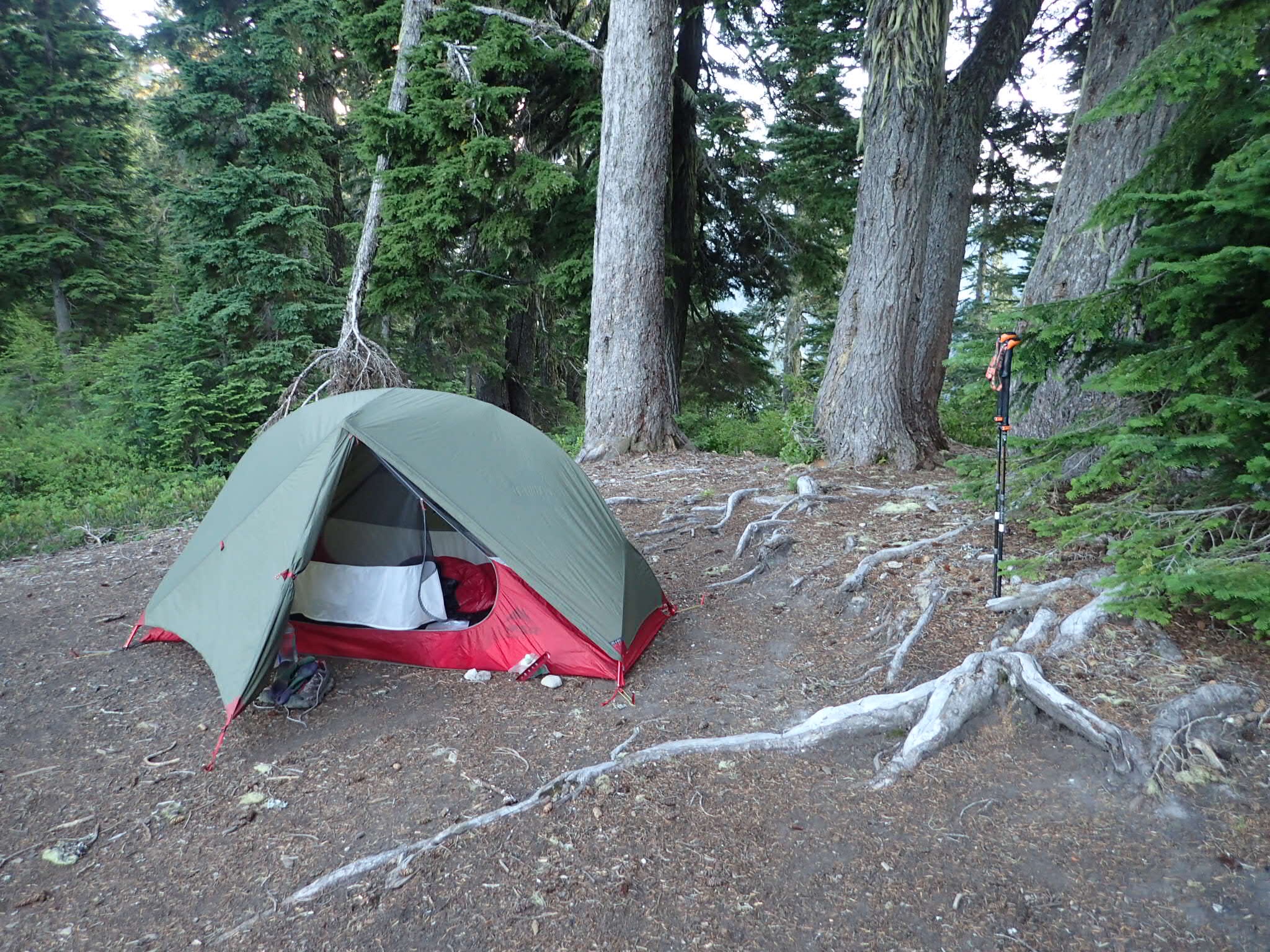 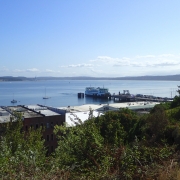 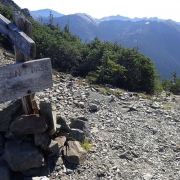 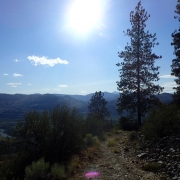 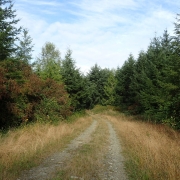