Last night was my first solo camp on trail! Unbelievable that no one joined me on the big campground. Well, nearly noone! It was probably 2 am when I heard some noises outside my tent. As I was all by myself at the campground it was maybe time to check. I peeled my tired body out of my damp sleeping bag and tried to switch in defense mode. My weapons: my headlamp and my attitude. If there was a bear outside I was ready to fight!

Quickly I opened the zipper of my tent shining around with my headlamp. First I saw nothing at all but then…. over there two bright eyes shone back at me. The animal wasn’t afraid at all and stared back into the light of my headlamp. I knew the silhouette well enough and relaxed. It was just a deer. My first one on trail so far. No wonder it was just looking back. Deer cannot see very well but they hear good. I clapped my hands and it ran away. It was quiet again at least for some time.

Back into my sleeping bag I decided to sleep in the next day and so I did. It was around 9 am when I climbed up the first small hill with wonderful views backwards towards Baden-Powell. 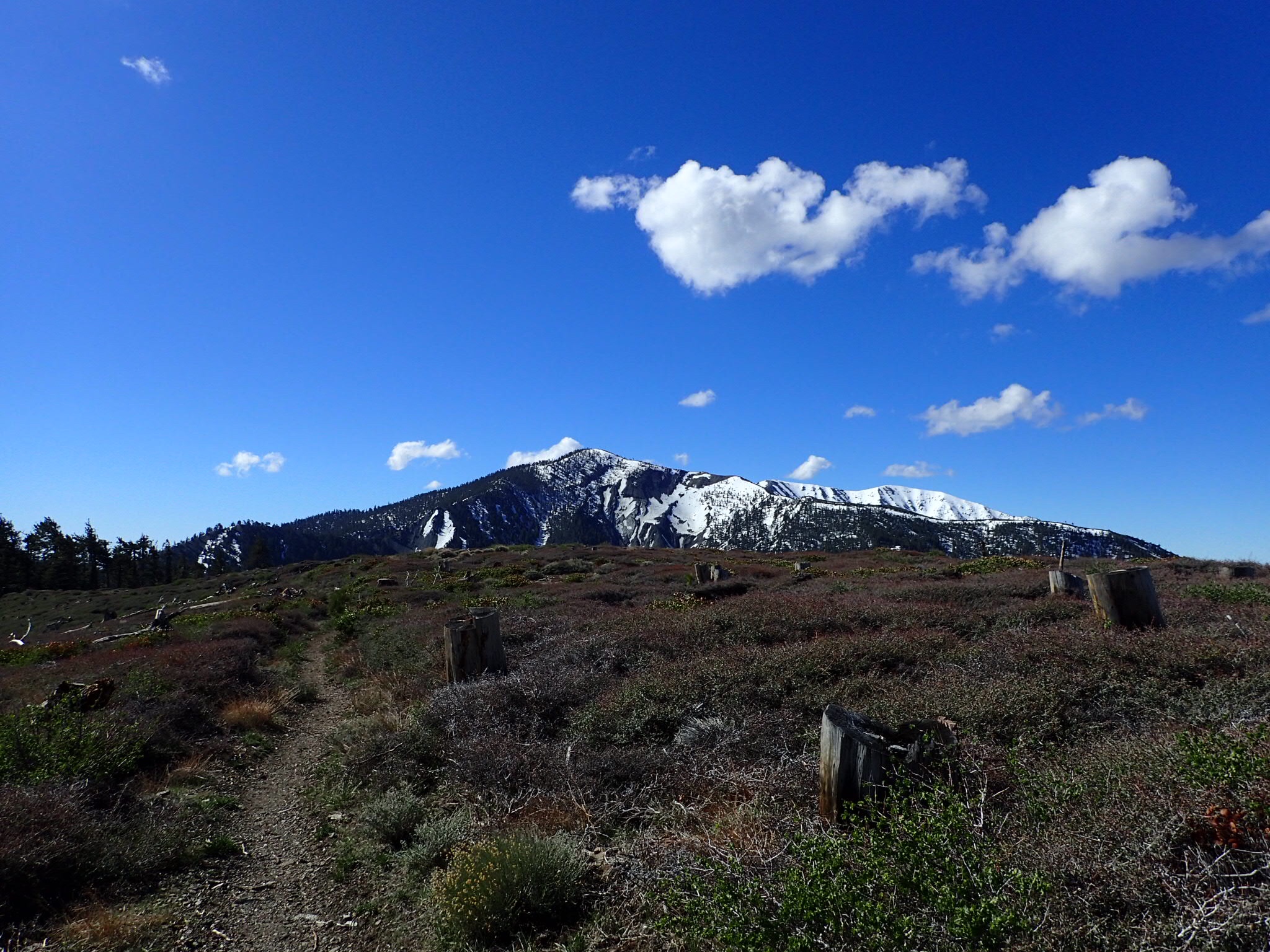 The trail very soon led along a steep mountain side and patches of snow gave a preview of what was yet to come. There was still a fair amount of snow on Mt. Baden-Powell and the Trail shooted close by the summit making it mandatory to get all the way up.

Today’s hike to the highway was mostly downhill and I was thankful as my legs were still hurting from yesterday’s climb. I passed a skiarea as well as two fenced water ponds. The first one seemed abandoned while the first one was still in use. 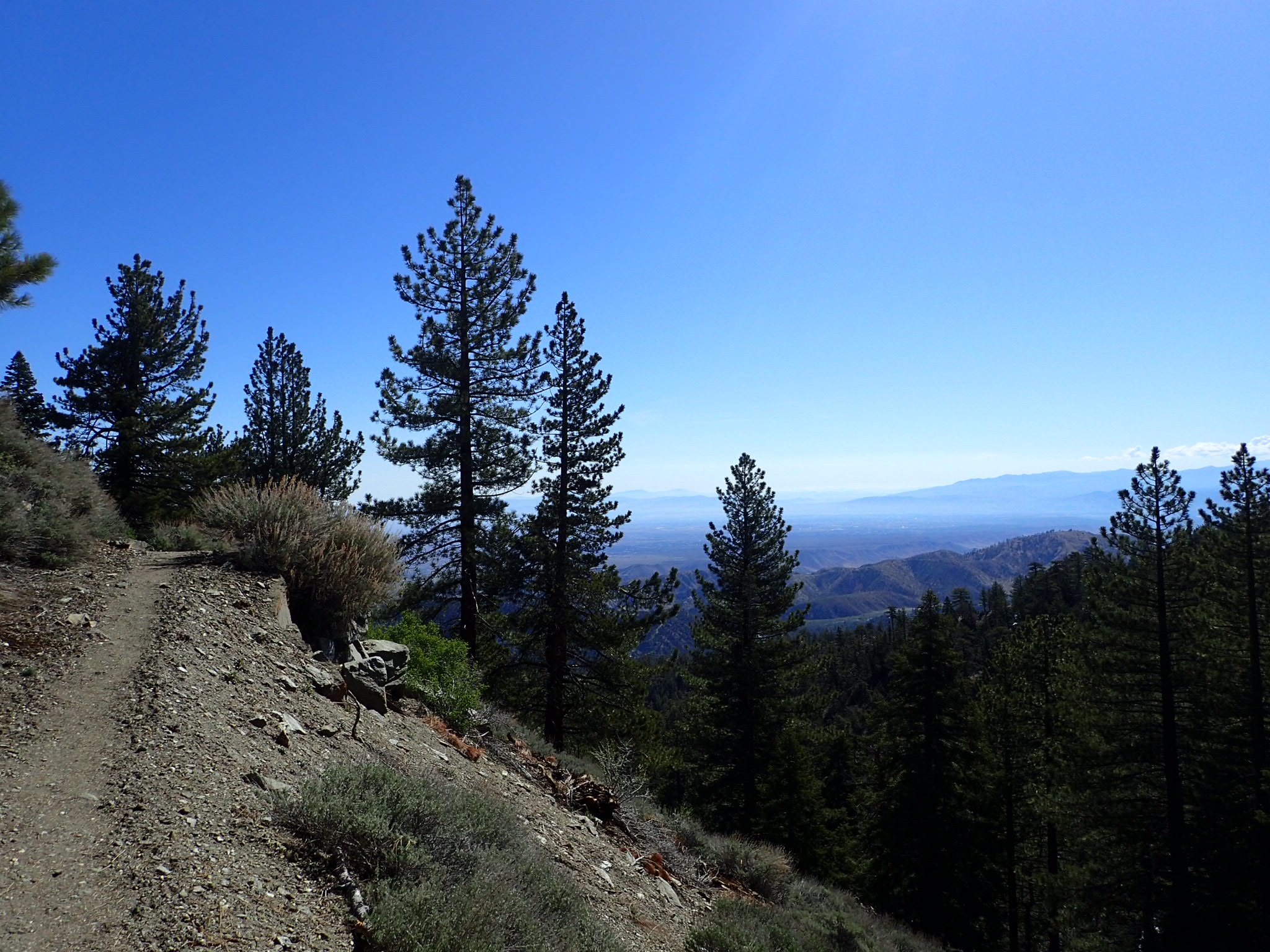 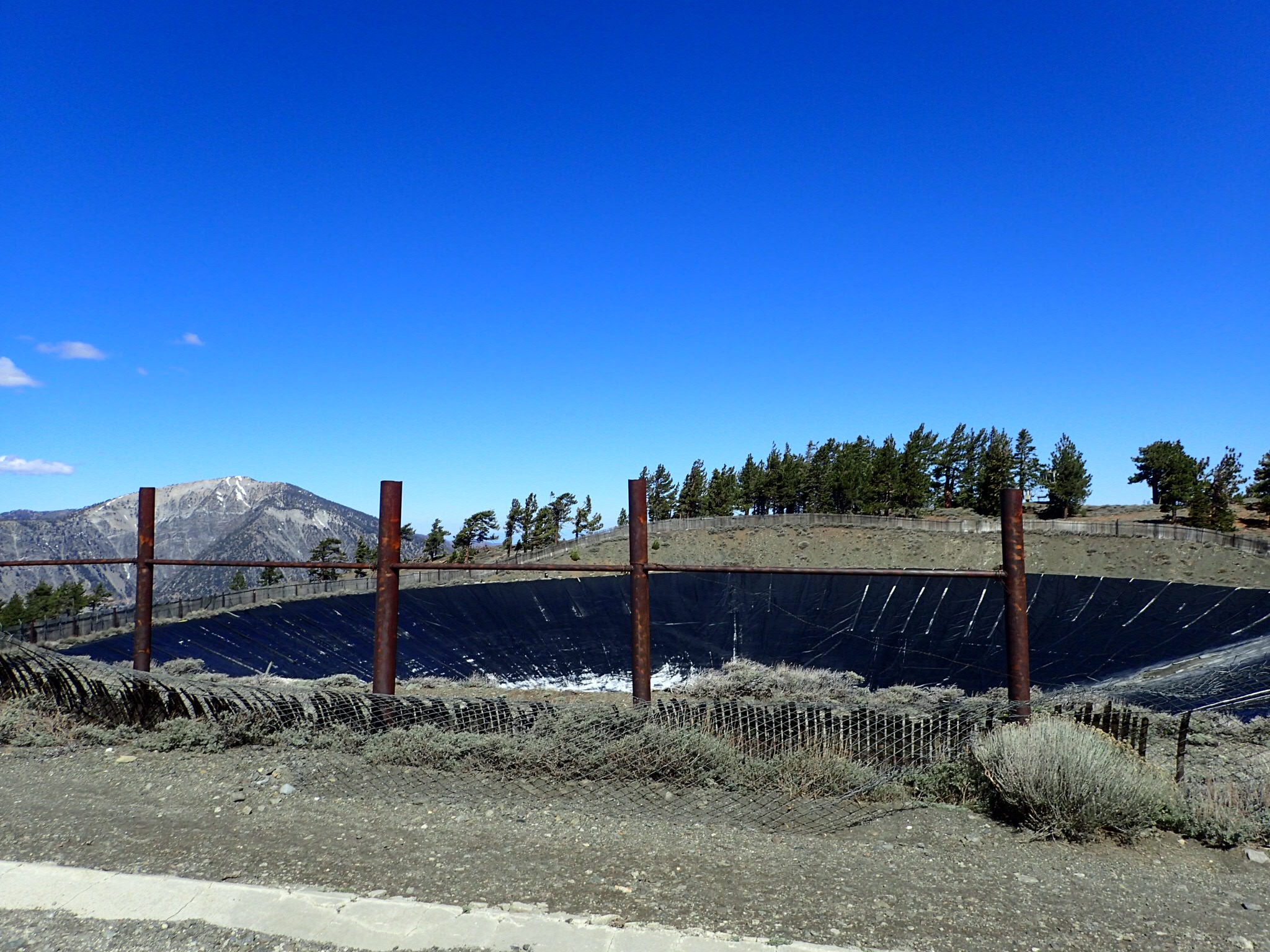 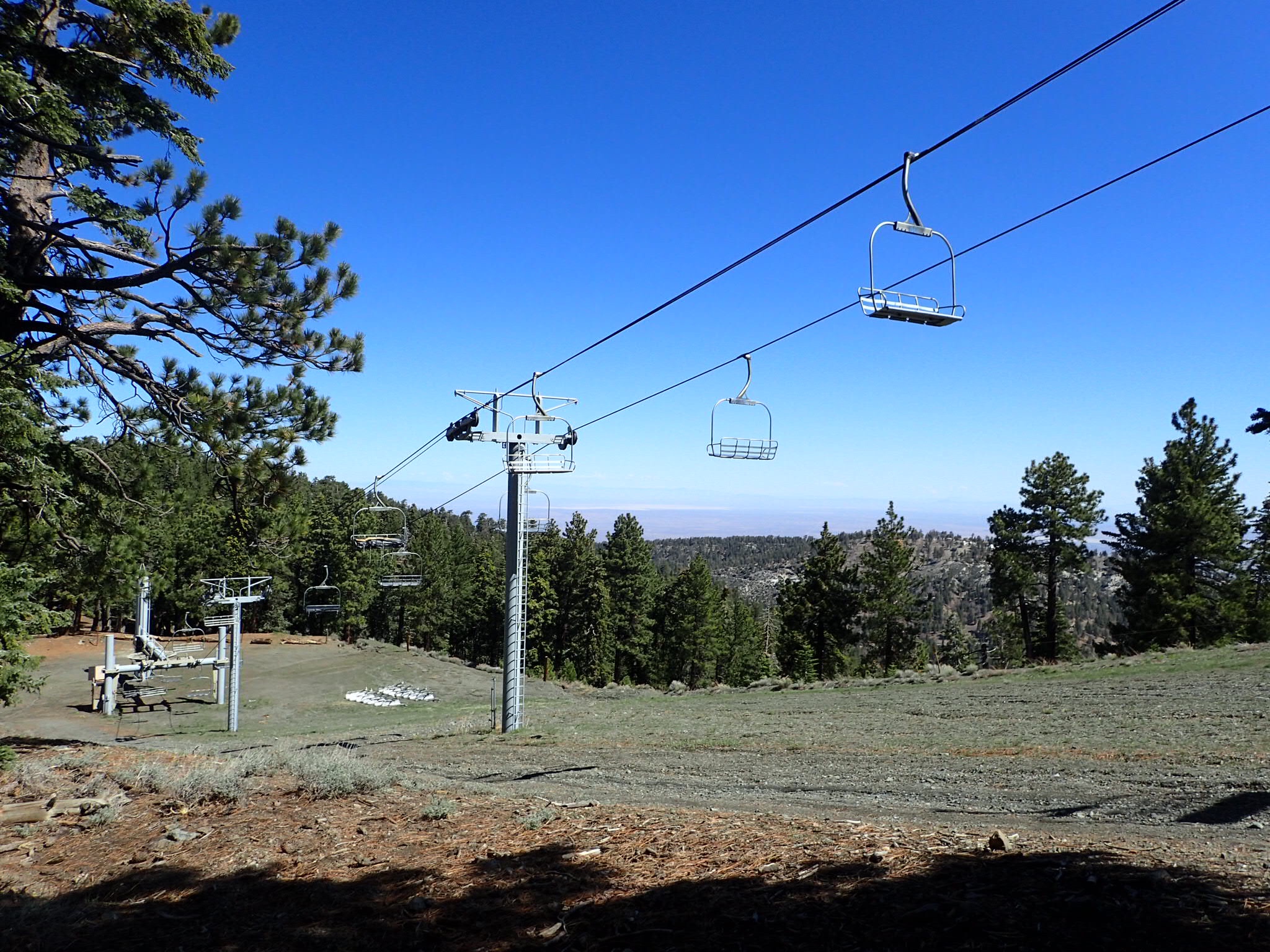 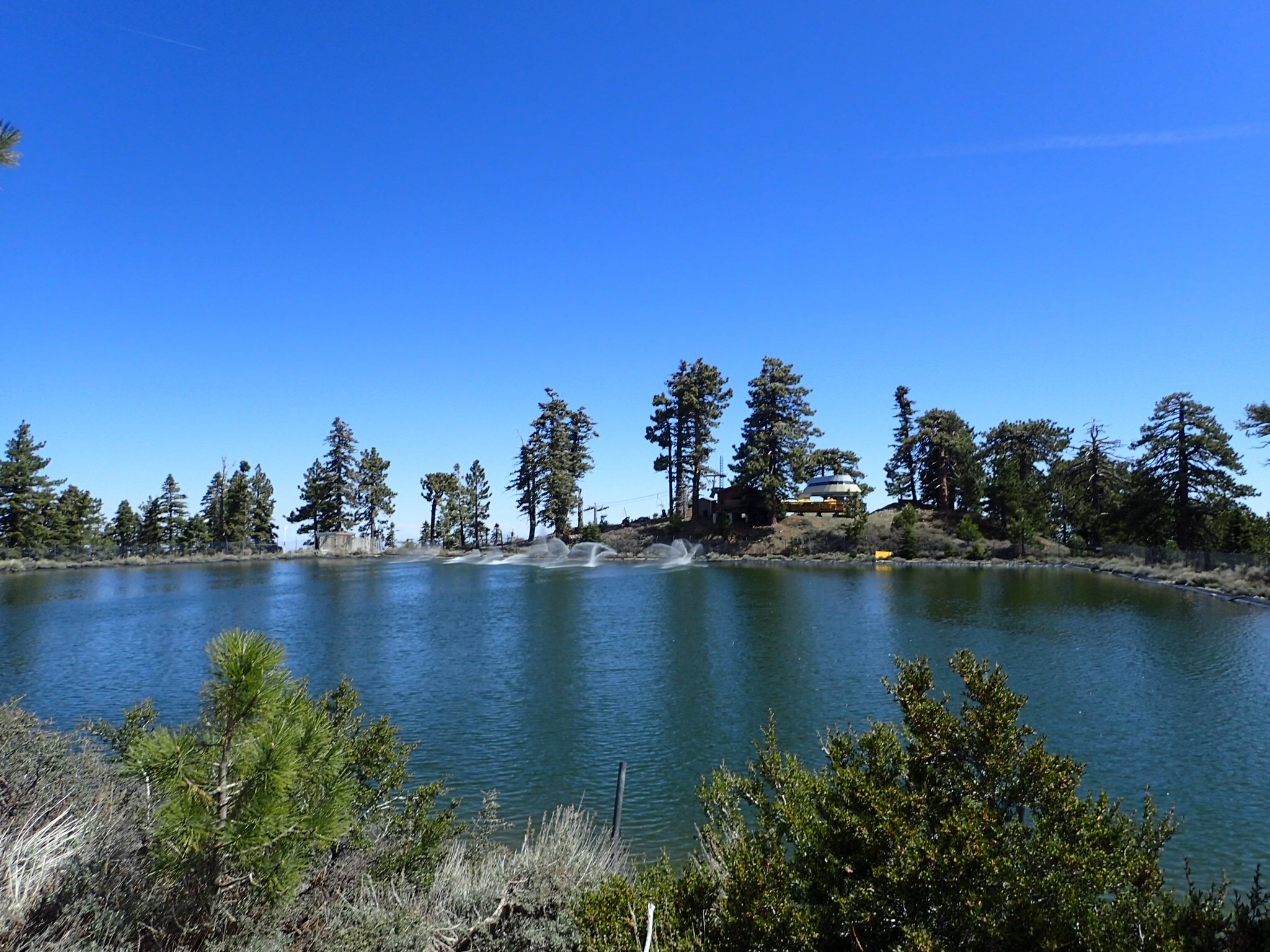 Nothing too special and so I shooted down to the Highway. Arriving there I took just out my phone to switch off airplane mode when a pick-up truck pulled by. The driver was going to Wrightwood. I jumped into a backseat full of doghair and said hello to the hairy friend in the front seat. His name was Quill and people had just dropped him in the desert. Since four years now he was the buddy of my driver an older man. Arriving in Wrightwood I forgot to ask about his name or even get a photo. But I asked if he wanted some gas money. “Don’t be silly” was the answer I got.

Actually I don’t like to offer gas money as I don’t think it honors the people who pick up random stinky strangers on the side of the road enough. But somewhere I had read that I should do it as a good hiker as some people were expecting it. Maybe I should change here and stick to the way I’ve done it before.

Arriving in Wrightwood I checked in at the place I was staying and made friends with a small washing mashine in the backyard. In fact I choose to wash most of my stuff in the bathroom sink. It was a nice opportunity for super stinky hiker clothes though. Wrightwood seems to be a nice little mountain town with everything close together or as my host said “In two days you’ll know it all!” 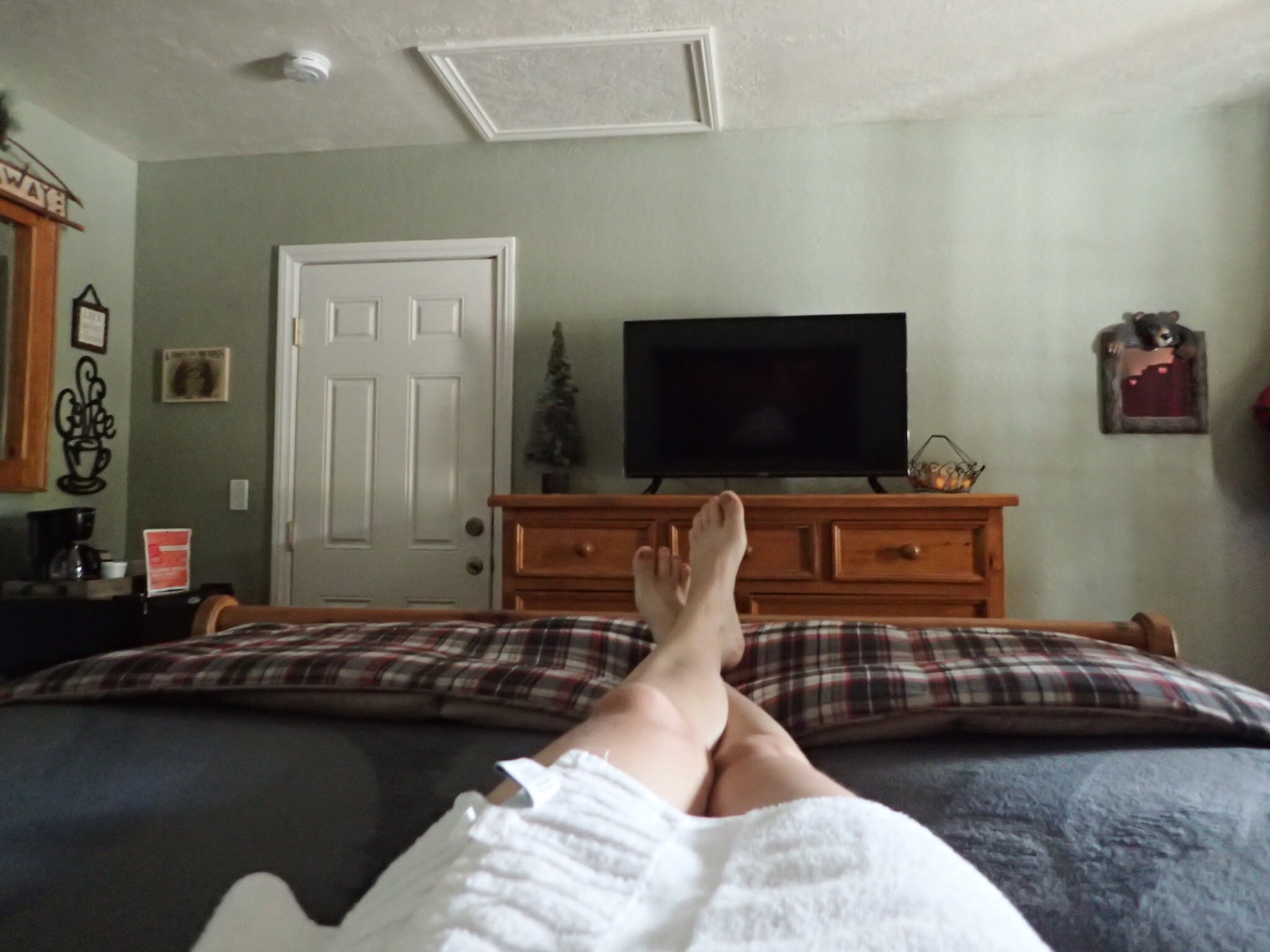 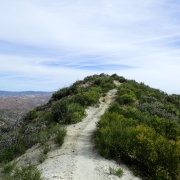 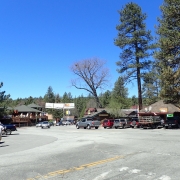 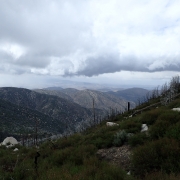