The campsite I had chosen once again had a bit of an angle. I had realized that too late when everything was already set up. Anyway, the night at Blue Lake was not too bad and no wonder I didn’t want to leave my tent in the morning. The warmth of my sleeping bag kept me cozy until 7 am when I decided to get finally started. It was a bit chilly outside and getting into wet socks and wet trousers wasn’t my favorite. Once I had the socks on I needed to move fast and only ten minutes later I was all packed and got back on trail. The hiking didn’t scare away the cold though and new snow patches showed up straight away.

From Blue Lake I had to climb up another 500 ft to a total of about 5200 ft. (1700m) The elevation didn’t sound much but the higher I climbed the more snow was lingering between the trees. I made slow progress and route finding turned more and more into a problem as the trail was completely covered in the white stuff.

I started seeing footprints again. Not from humans but from bears and cougars. It seemed that cougars and deers often used the trail even if it was snow covered and so I found myself following the paw prints of a cougar! Especially the navigational challenging section scared me and made me think about the right decision. Should I go further north at all? So far the hiking on snow wasn’t bad. The main problem was navigation. I solely had to rely on my phone in critical situations and I didn’t like that. Of course I carried maps and a compass but I wasn’t silly. Without any reference points and an unstable hiking speed I needed GPS. The second problem was pace. Negotiating the snow covered areas took way too much time. Today’s first two miles took me one and a half hour! I couldn’t do the long sections coming up at that speed. 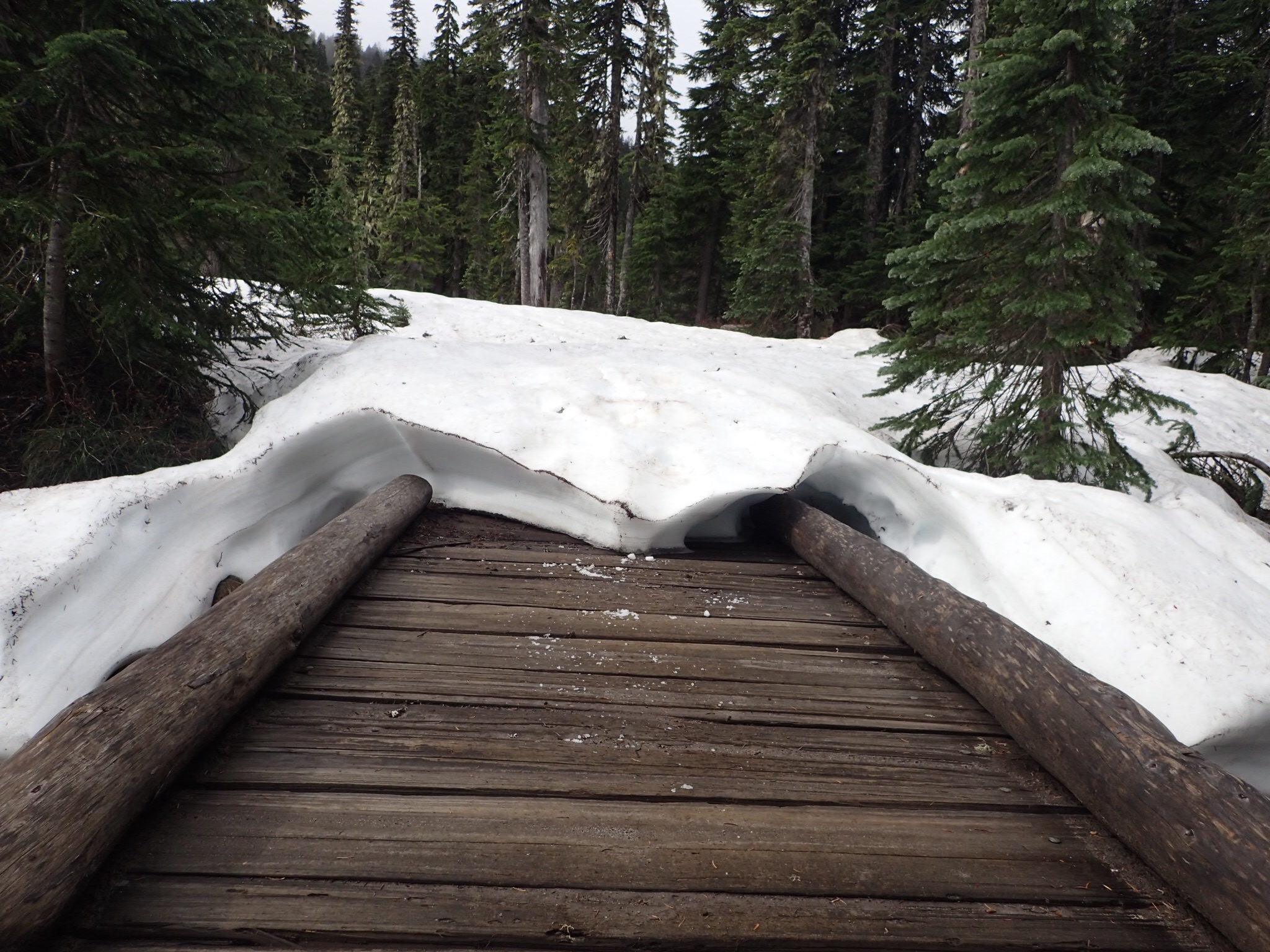 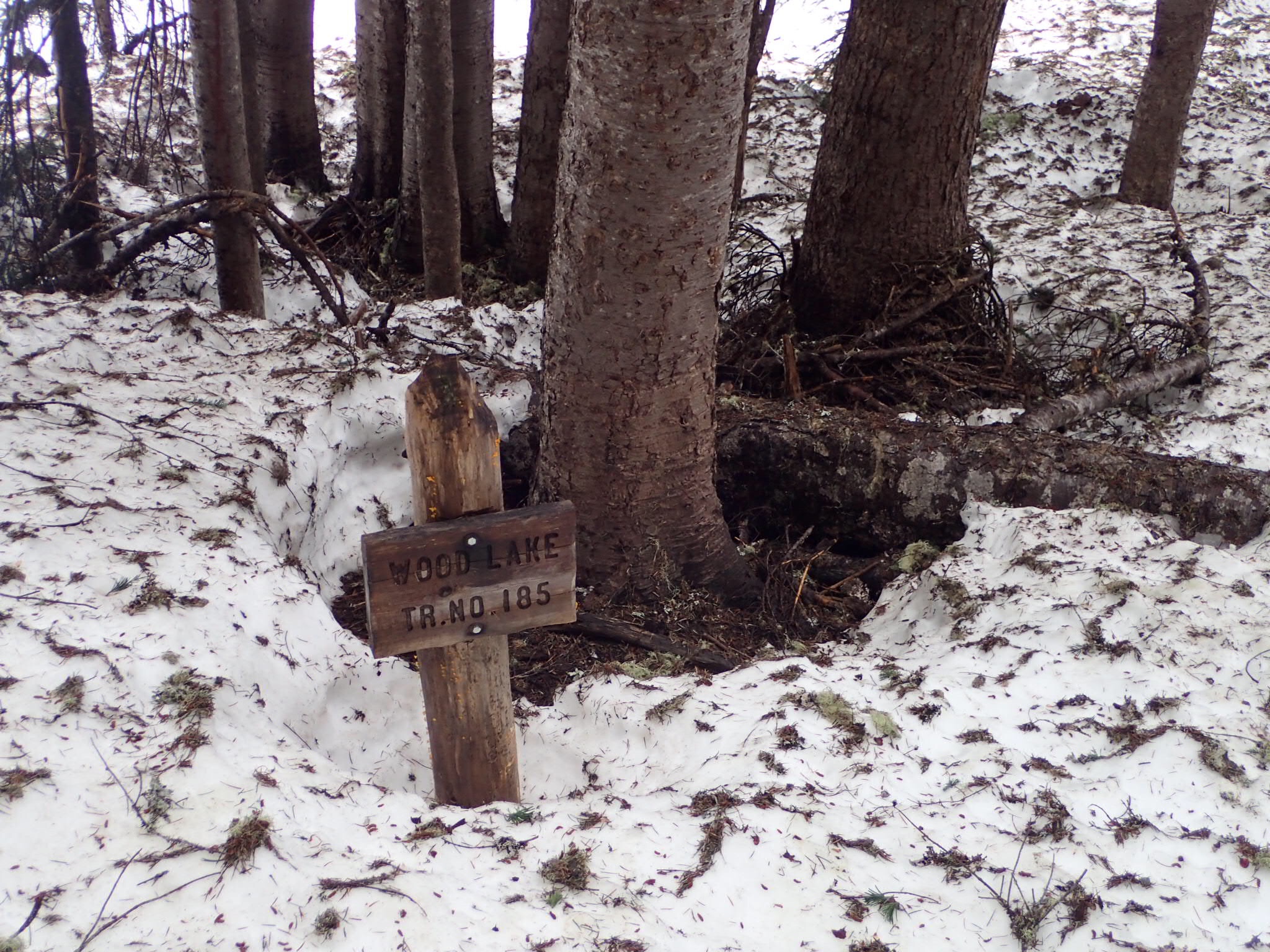 I was chewing on these problems for the rest of the day. From the high point I made my way down the mountain and thankfully got out of the worst snow when I hit a road and trailhead. It was also the end of the Indian Heaven Wilderness. Surely a beautiful place to hike at in late summer.

I stopped for lunch and looked at the maps to see what the rest of today had to offer. Ideally I would make it to Trout Creek which left only five miles to the road from where I would hitch to Trout Lake. It was town day tomorrow – always a good reason to be excited! Food, hot shower, a comfy bed to sleep in… but also decisions.

In the afternoon the trail (at a lower elevation) was mostly clear and I was fighting with myself. Fighting with the snow, being wet, being alone and going further north or not. Of course I want to reach Canada but I also don’t want to be stupid and run into serious problems. I would have a look at the upcoming sections again and definitely talk to the locals in Trout Lake. If they said it’s too dangerous or there’s too much snow the decision was made. Always listen to the locals! 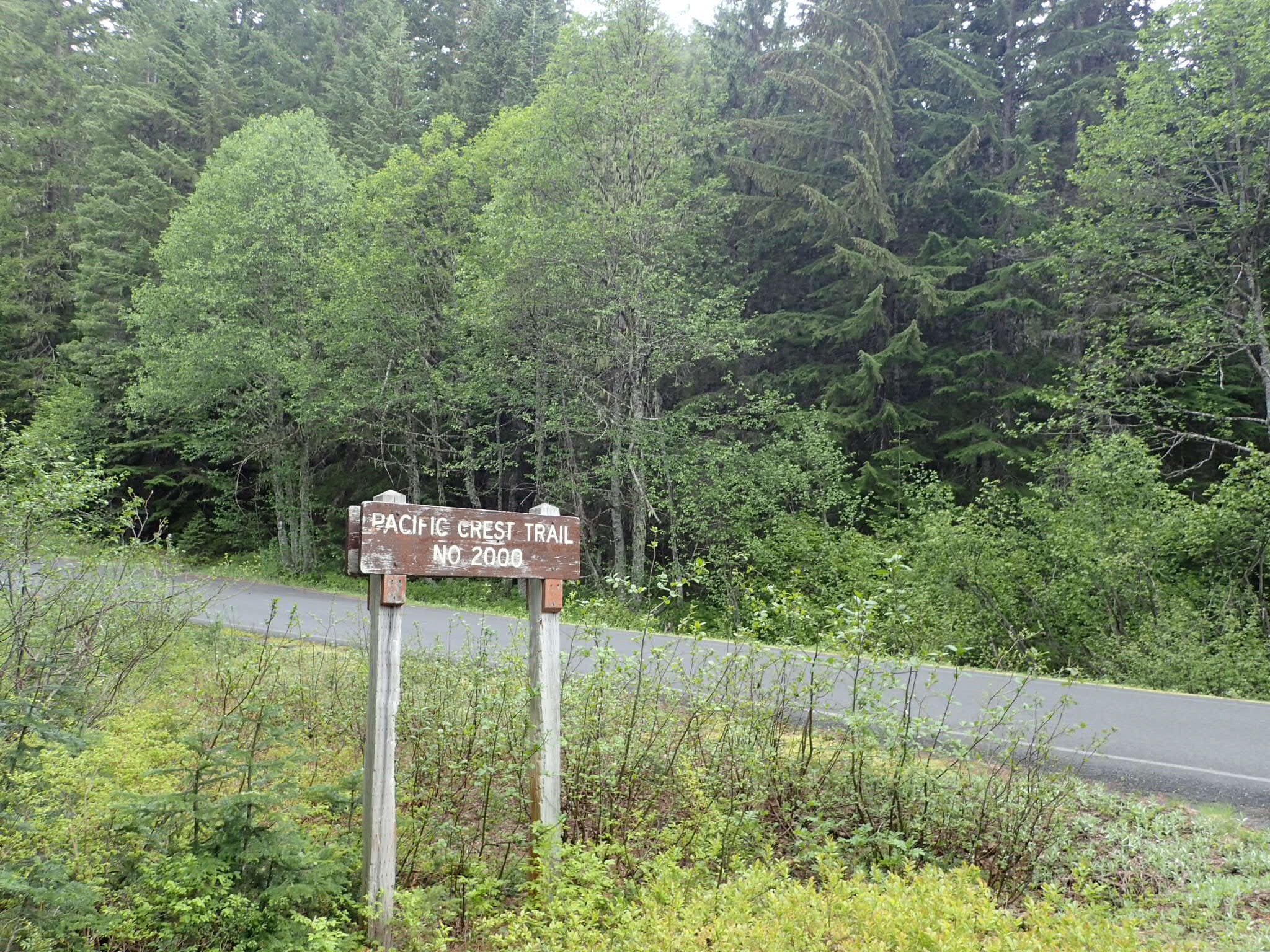 At 5:30 I crossed a paved road. From here it was only half a mile to Trout Creek my dedicated campsite. It started drizzling. Should I have stopped earlier? I sped up to get to the campsite. It was downhill and ten minutes later I crossed the wooden bridge over the creek. I hiked a little further and found some nice campsites to the left. Just in time I had set up camp and got inside the tent when the rain started. Washington weather again! 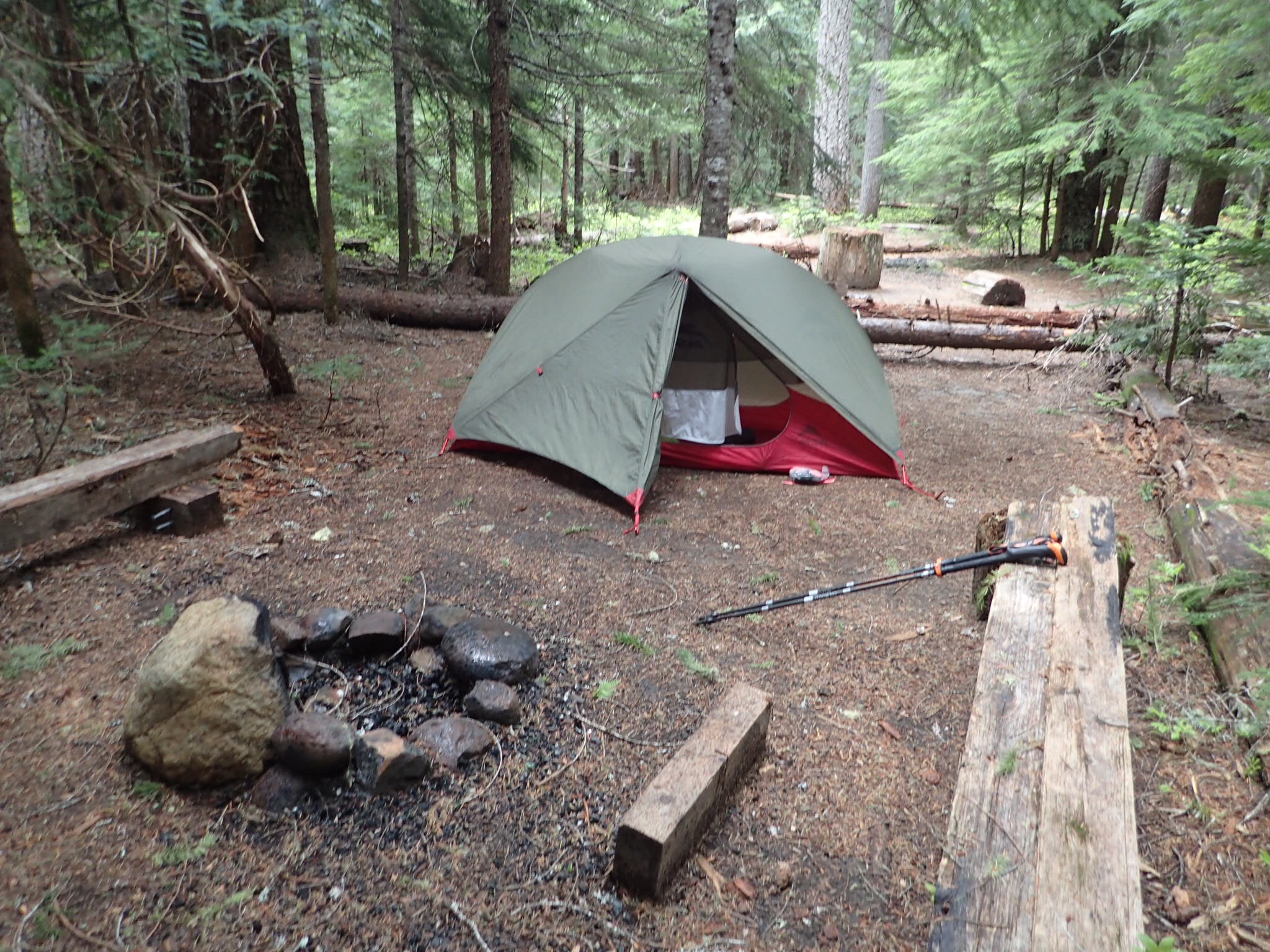