I woke up in my tent after a freezing cold night. Unfortunately the morning was still freezing cold and wet. Slowly I packed up my stuff. The couple who had camped next door was slow too. I should get to know Beetle and Cupcake later in the day as we seemed to hike at the same pace and to the same spot. My goal for today was the North Fork Ranger Station. There was water and rumors went that the Ranger was selling snacks.

But first I had to get warm and hopefully out of the clouds. I crossed the highway and started hiking up the hill. Most of my stuff was wet and I was hoping for some sun later to dry my gear. Hiking up and along the mountain in the wind was freezing cold and not even the first small climb of today could get me warm.

The trail went through bushes and a lot of burnt areas. Warning signs about falling trees occasionally stood next to the trail. Poodle Dog Bush was everywhere. This is a plant that can cause severe skin reactions and it’s mandatory to avoid touching it.

Before lunch I started the last big climb of the day. The weather has improved, the sun was out, no wind and I had packed my jacket. Slowly I was making my way up the hill through another burnt forest. The view down into the desert valley was great. I tried to spot Agua Dulce – the end town of this section. 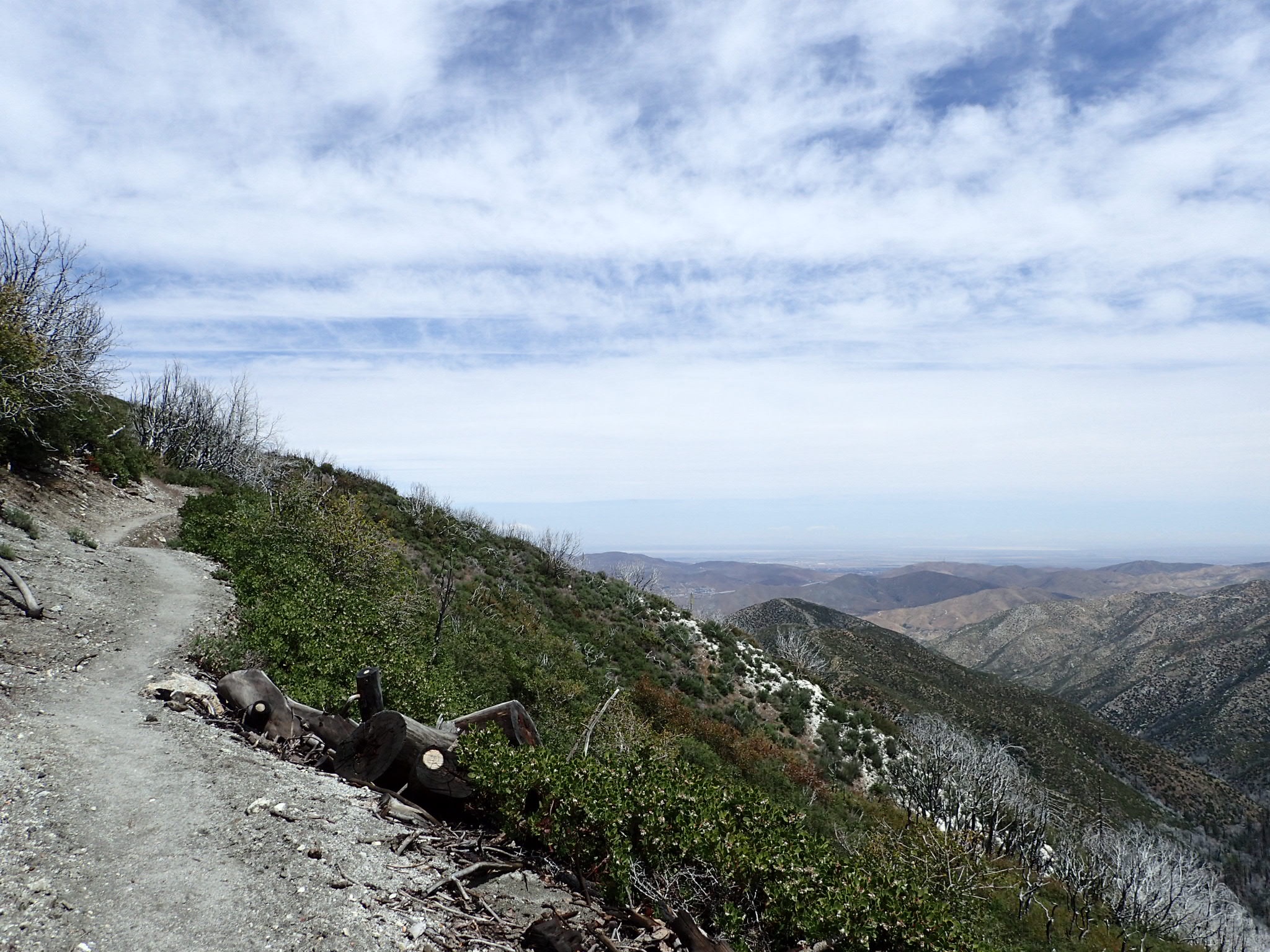 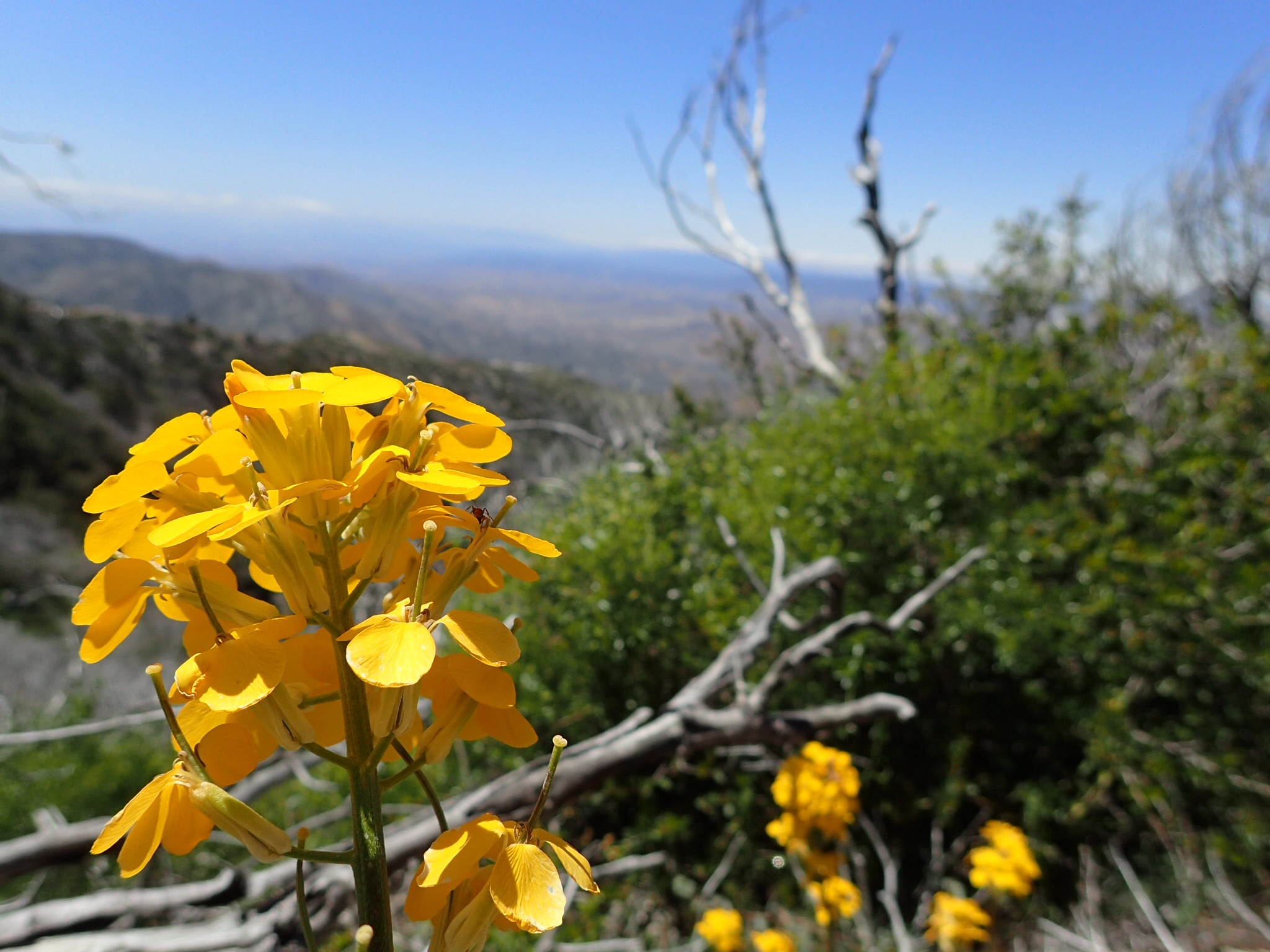 Up on the hill I joined Beetle and Cupcake for lunch. My tent was hanging out over a log to dry while I was having another tuna tortilla, chatting with the two other guys.

From the summit it was all downhill to our goal for today, the Ranger Station. We just stopped at another spring to fill up our bottles and hiked on from there. A guy told us that the Ranger was serving Hot Dogs to the hikers. From the side of the mountain I could already see the Ranger Station. We could only think about the snacks, cold sodas and Hot Dogs while we descended further down. I hiked the last mile directly behind Beetle and Cupcake. They had a nice and gentle pace I could keep up with.

Arriving at the Ranger Station I picked a good tent spot and set up camp. Then I went with Beetle to the Ranger office to get some snacks. I entered the office and stared into a face. It looked familiar! I said “Do you recognize me Ipod?” And he did! It was a big hello as we had volonteered together at Hiker Heaven three years ago. It was great to see him again! It turned out that he volunteered at the station to sell snacks and sodas to the hikers to keep the place running. As a trail angel he also provided some Hot Dogs and carrots to the hikers. 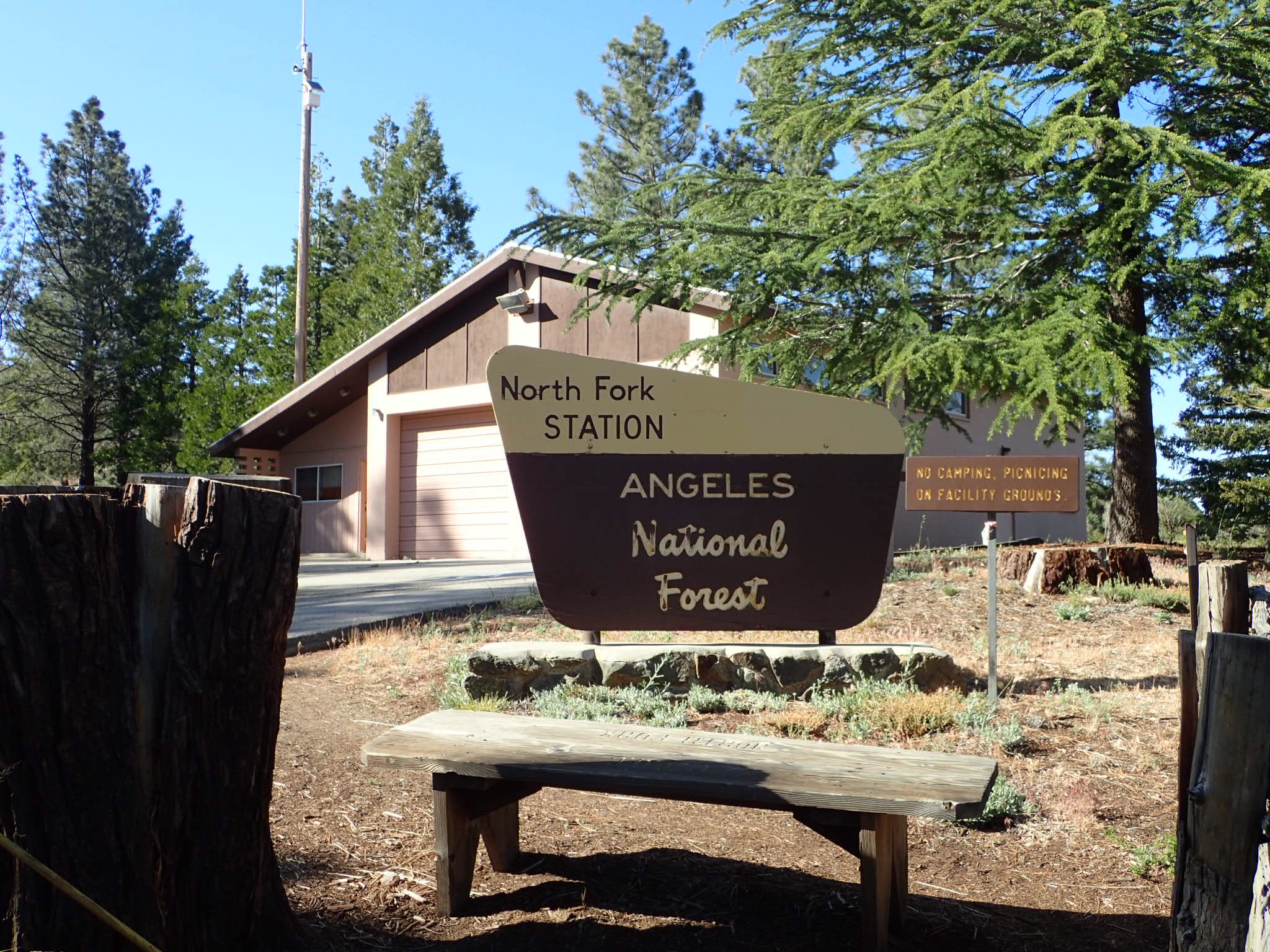 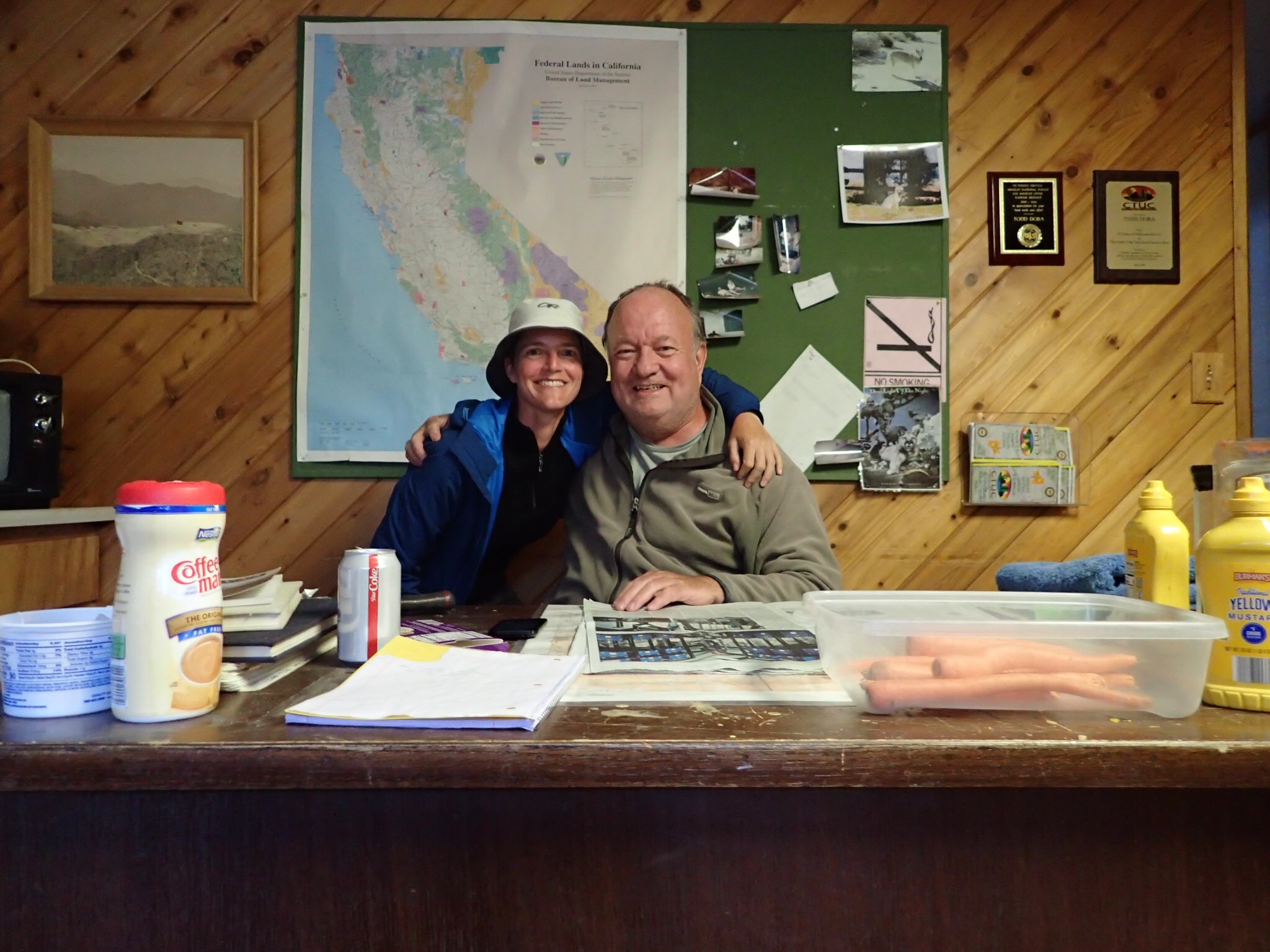 I sat down for a soda and some chips and halfway ignoring everyone else IPod gave me the latest news about Hiker Heaven. In the evening he invited me for Lasagne and Cheese cake in his office. We sat together and talked until I was too tired and had to leave for my tent around hikers midnight. What a day! 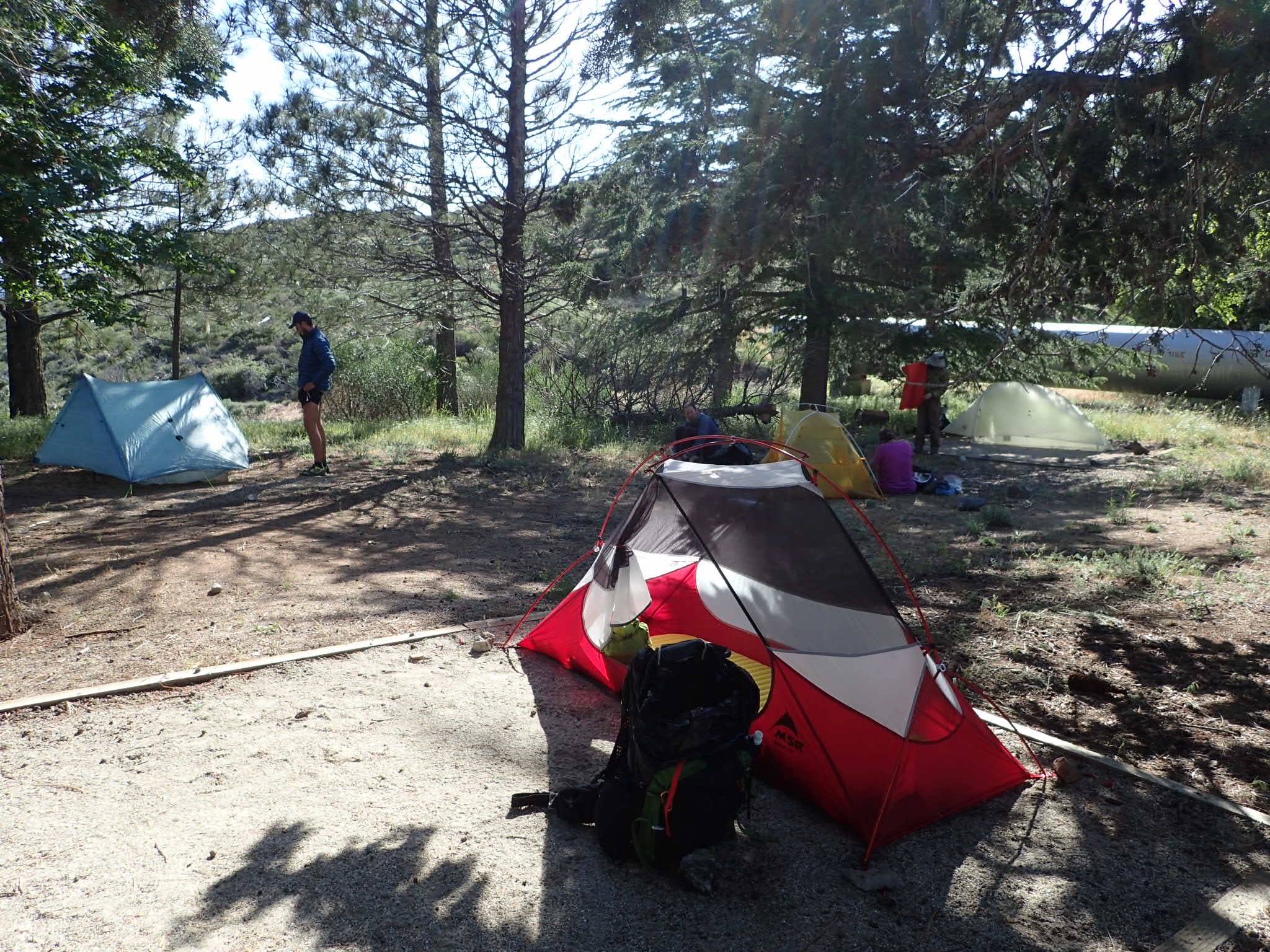 PCT day 27 – Descending into the desert
Scroll to top