I woke up early because I was excited. But I was also tired and so I was lying awake in my tent from around 4:30 to 6:30. 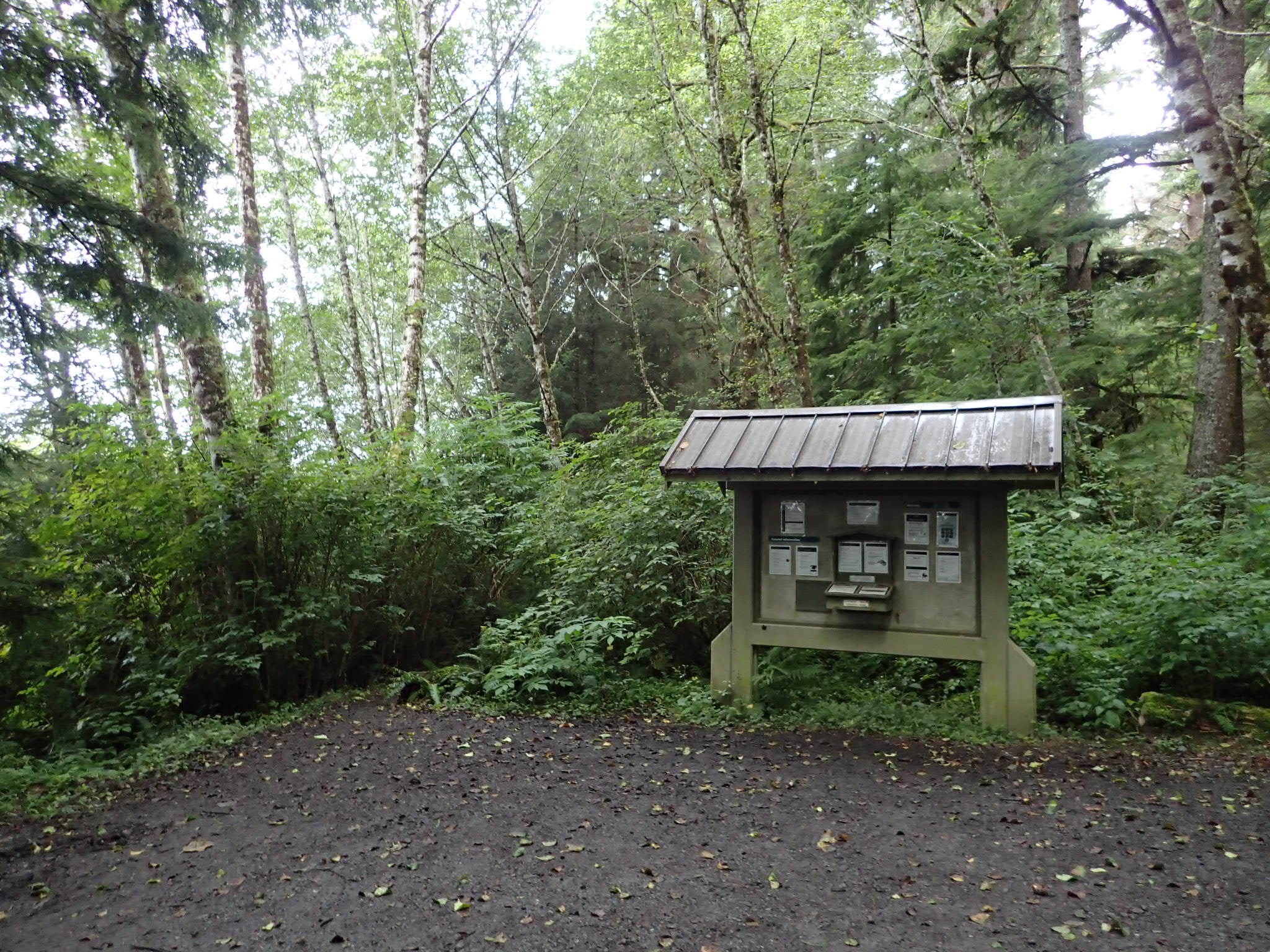 It was past seven when I walked down the road towards the trailhead. From there a sign told me it was less than a mile to the ocean. A small and wet trail went through coastal rainforest and along the Hoh River until I could see first signs of the Pacific Ocean. 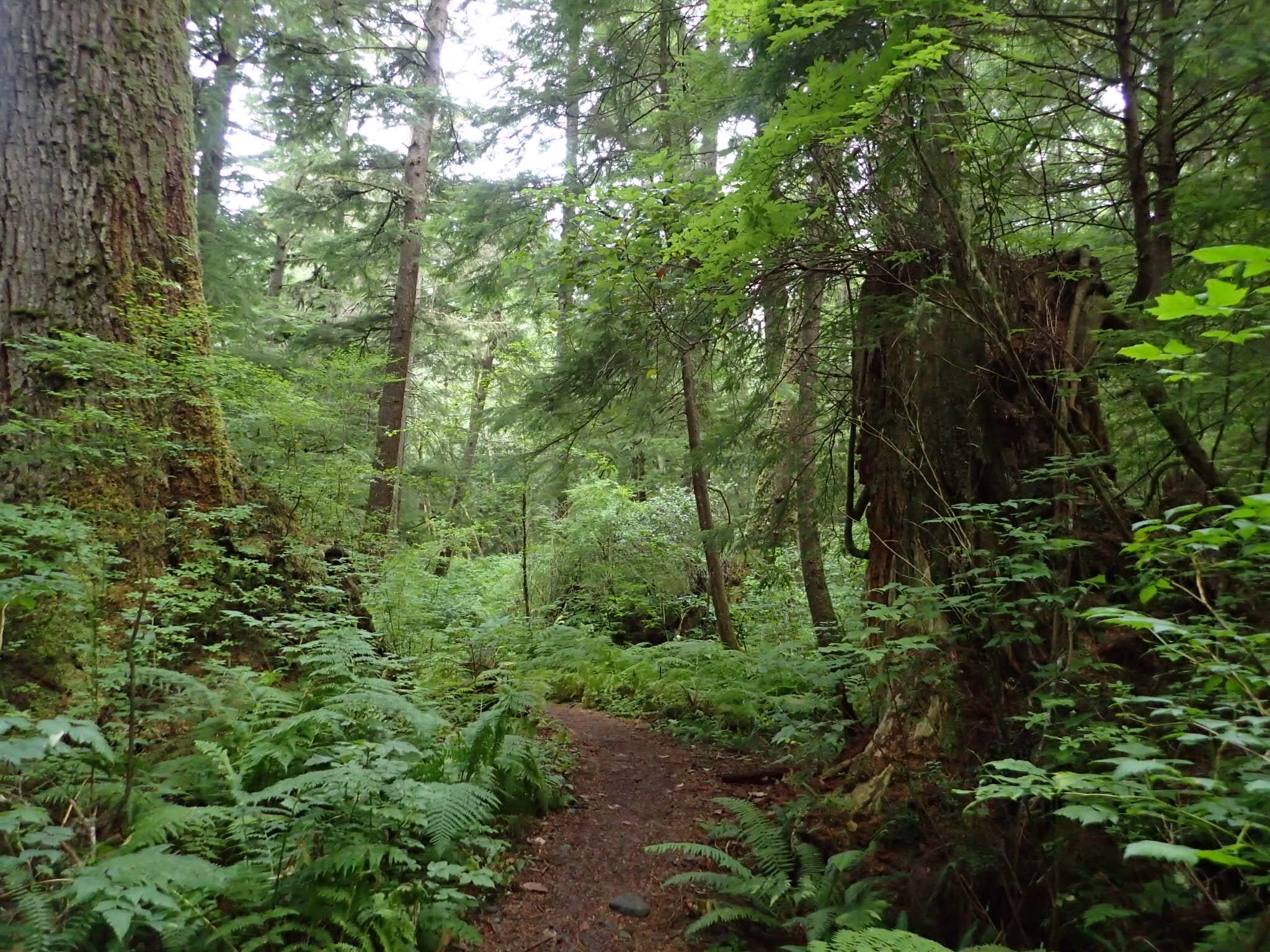 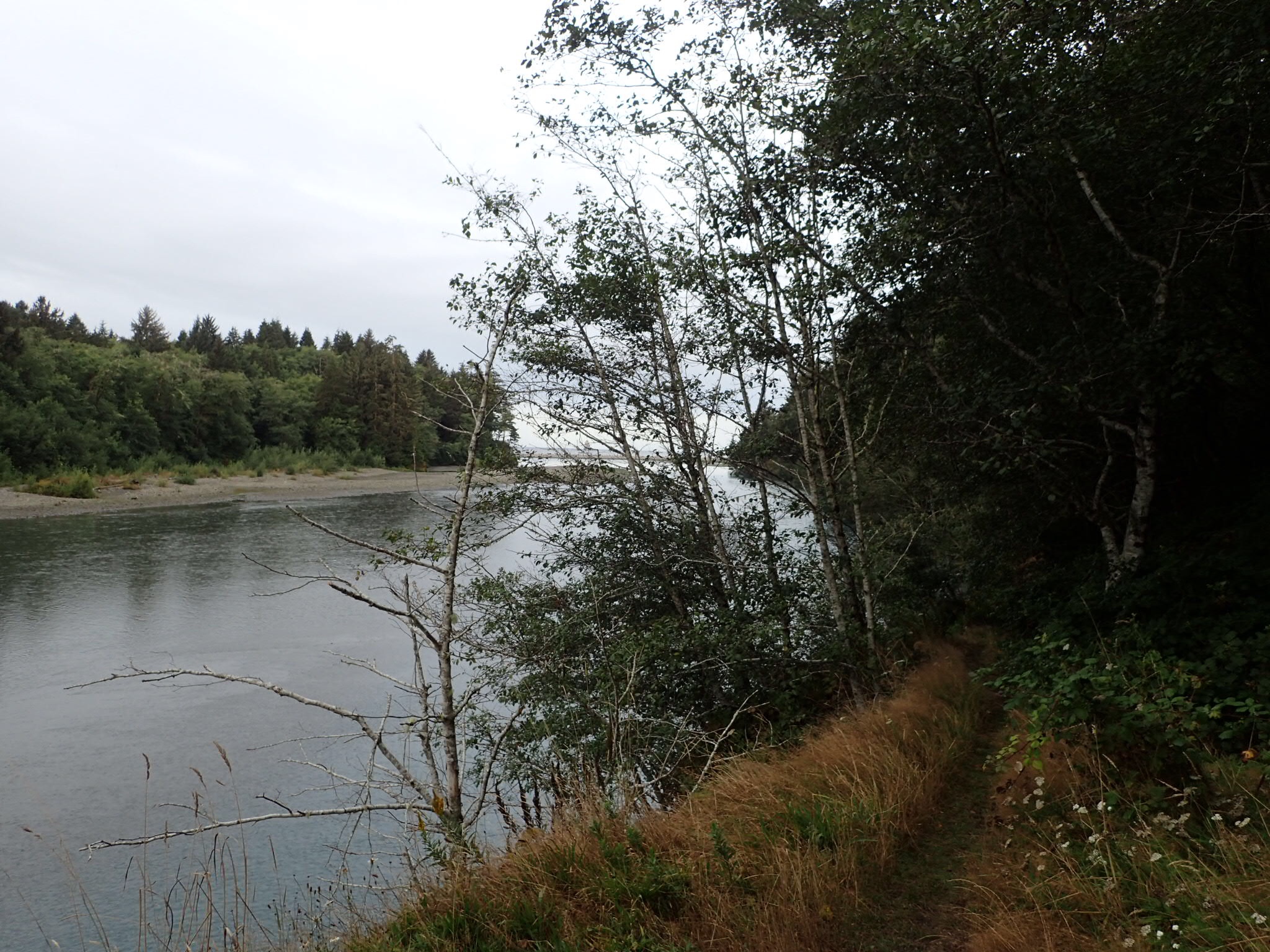 The trail was full of driftwood short before it took a turn and went out on the beach. I found myself right in the middle of big trees that had been washed onto the beach by the ocean. A group came along a small trail by the water so I was reassured to be in the right place. I was still in the delta of the Hoh River and had to cross over one of the big trees to actually stand on the beach. The waves of the Pacific were roaring in the distance as they crashed onto the shore. Although the scenery was kind of grey with a dense overcast it was still breathtaking. 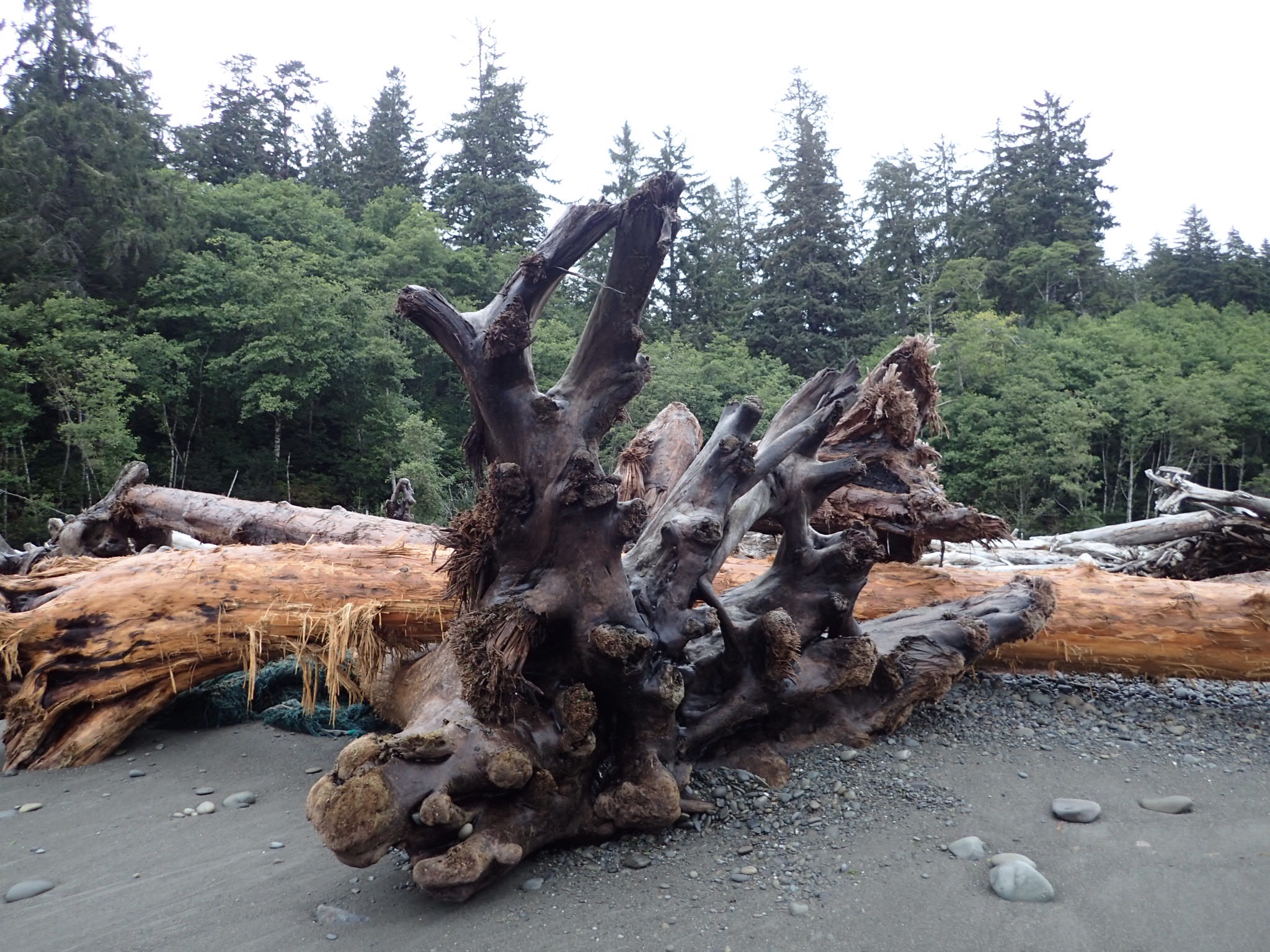 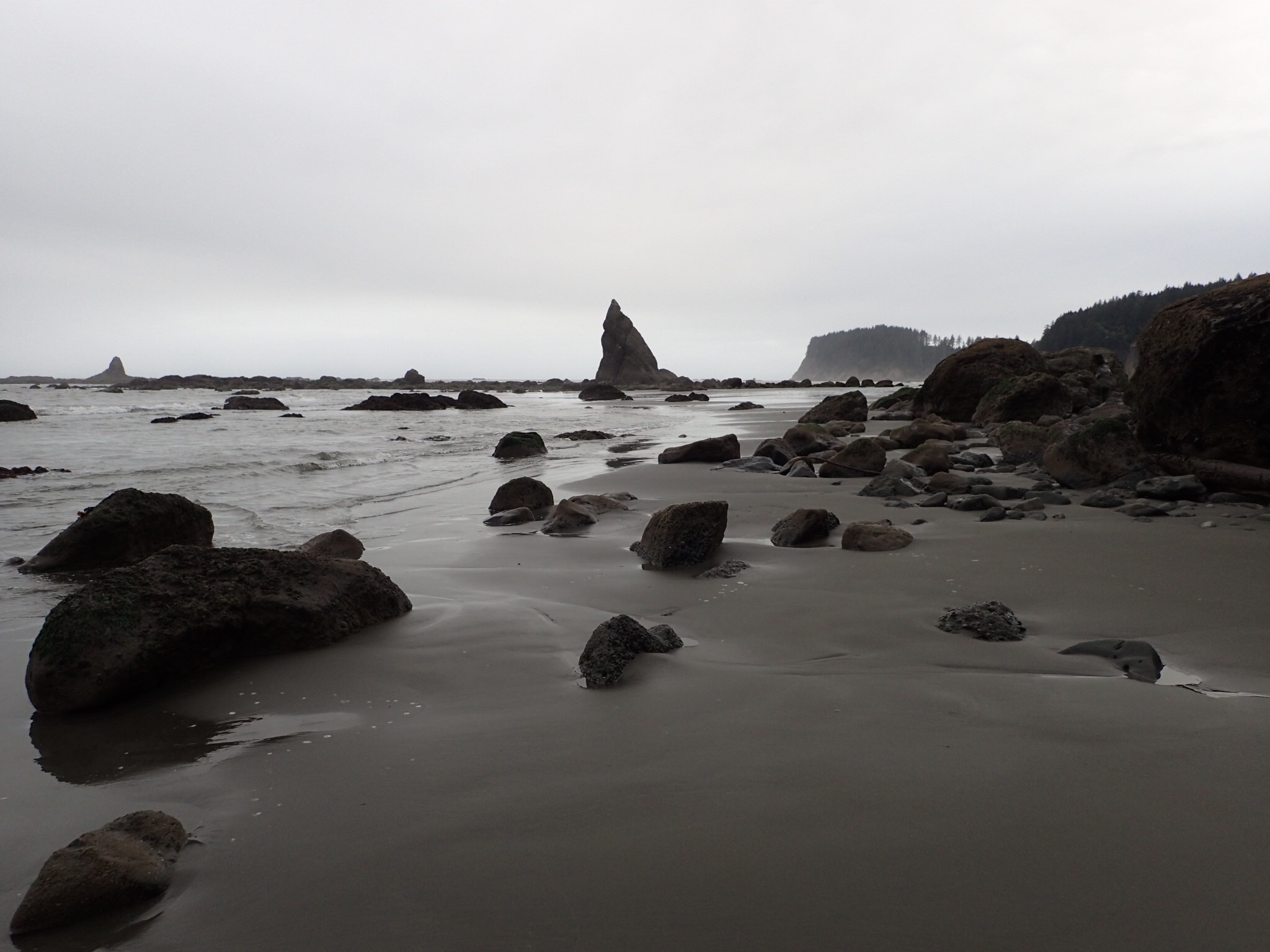 From this point I followed the shoreline and I wanted to get this first tidal crossing done as it required a maximum water depth of 2 feet to cross safely. I hiked on solid sand which was usually the ground of the ocean, over small slippery rocks and over big rocks that were not so slippery. I was thankful for the small mussels that widely overgrew the bigger rocks and made for a good foothold. The first mile or so was mostly on sand and smaller rocks until I had to scramble over bigger rocks to get around a bluff.

Now things started to get interesting: besides all kind of mussels that grew on the rocks I could see some first seastars and anemones. Some were still in the so called tidepools the water had left and others were even outside the water! It was a coastal wonderland and I had to make myself going otherwise I would still be there taking photos of every sea star! They all have different colors! 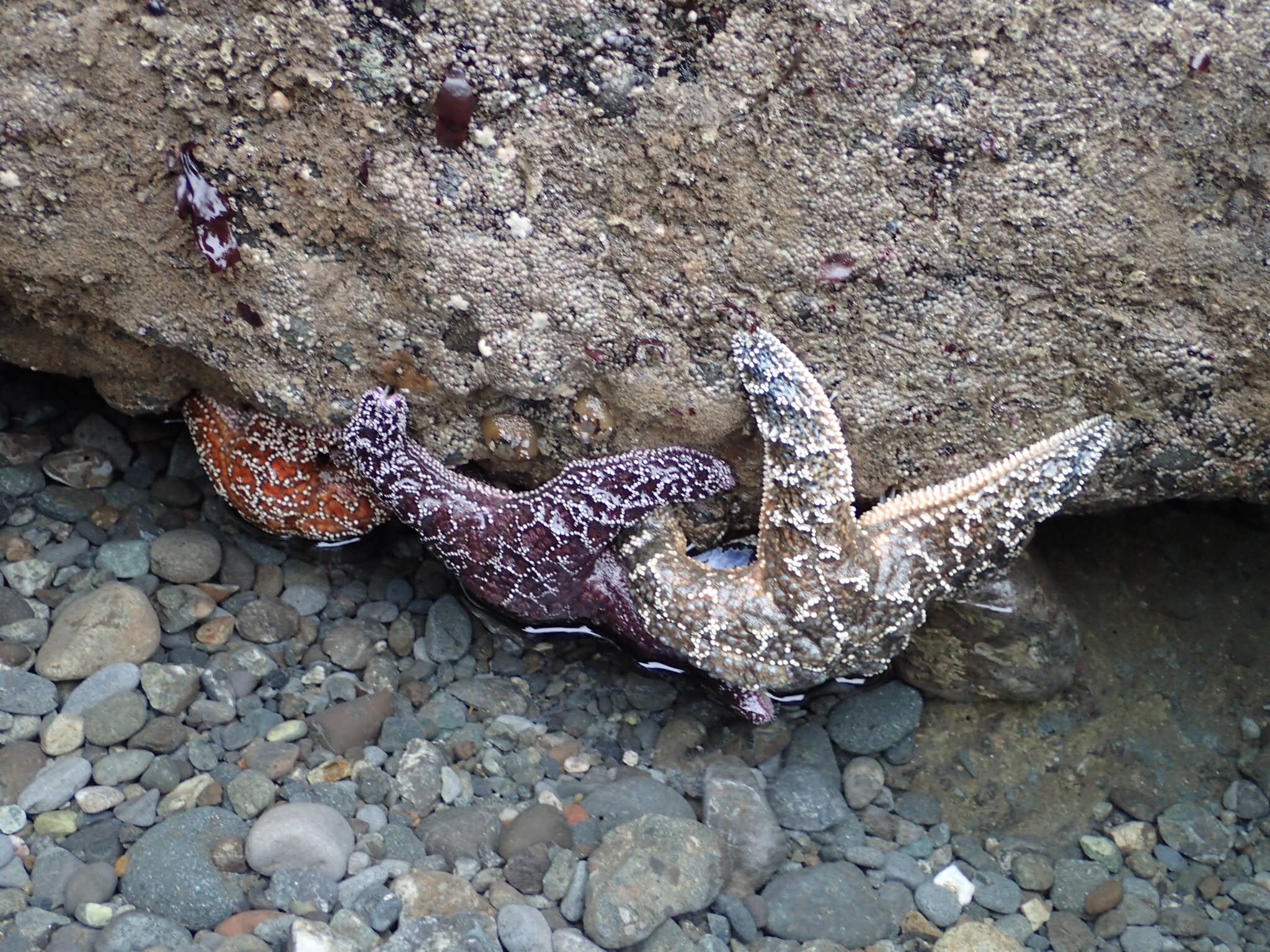 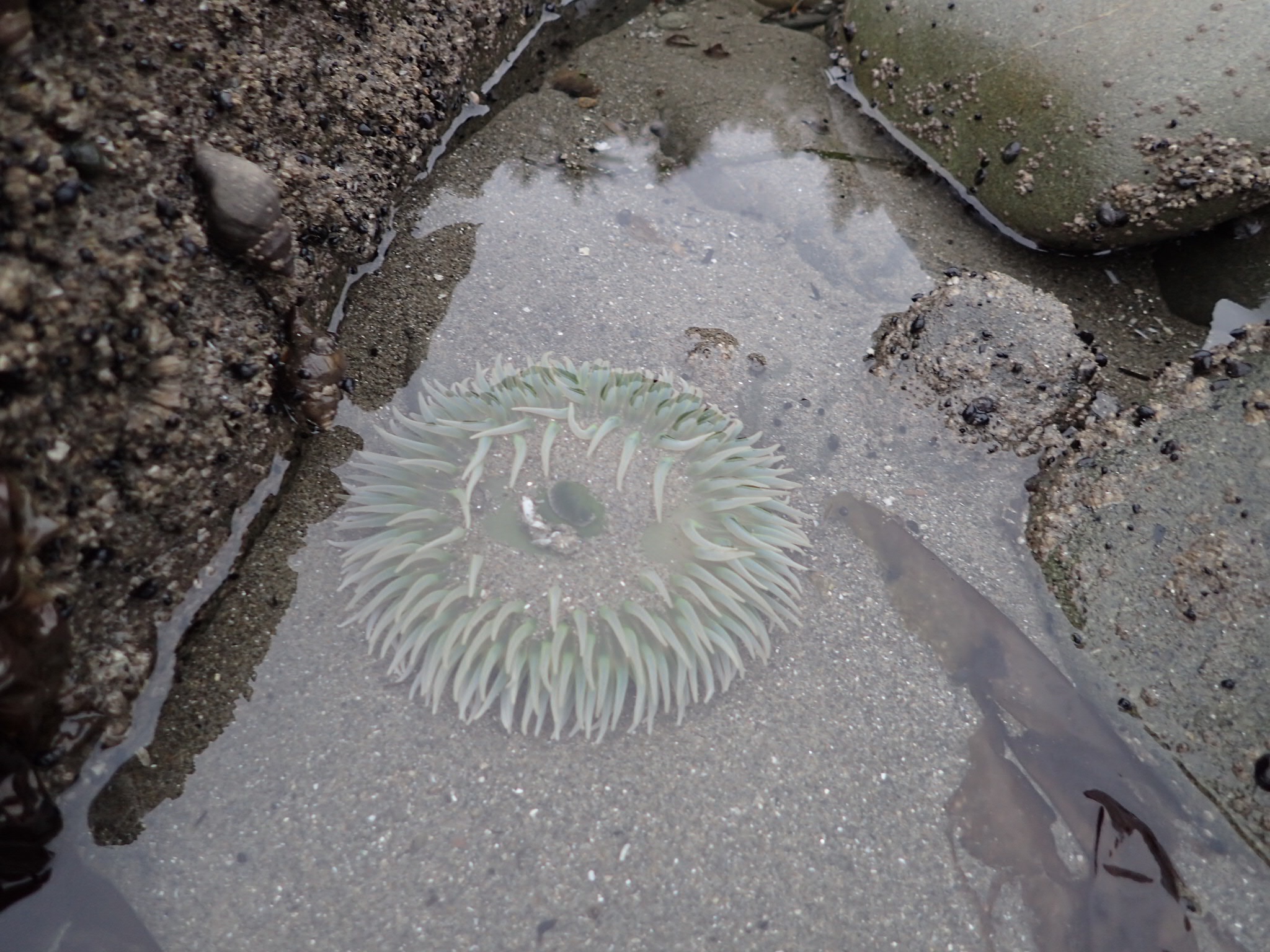 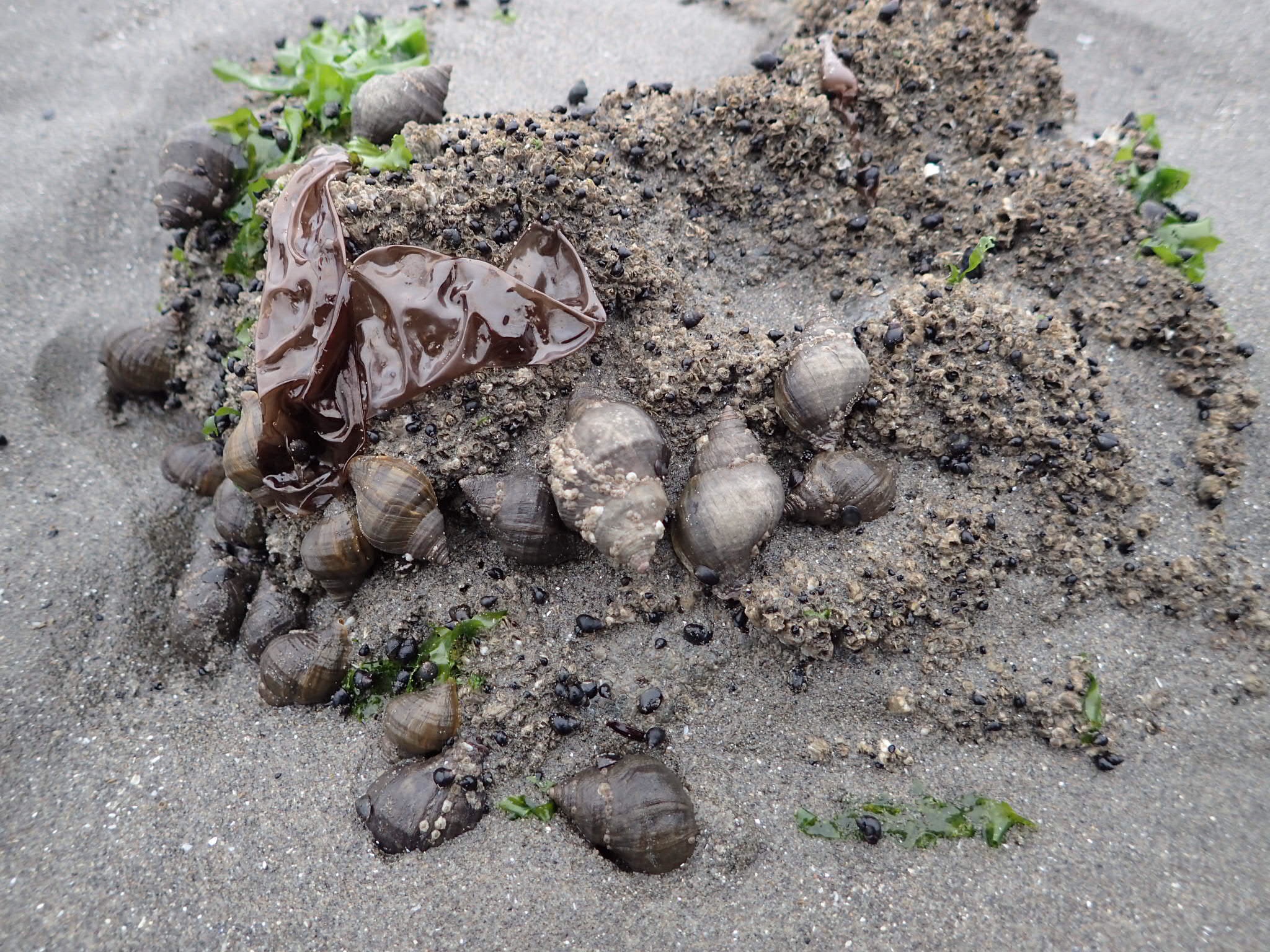 The last bit of my first tidal crossing was on beach sand again. Would I see the point easily where the trail went up and overland again? I did. A not very trustworthy wooden ladder went straight up and there was also a sign similar to those on the maps. 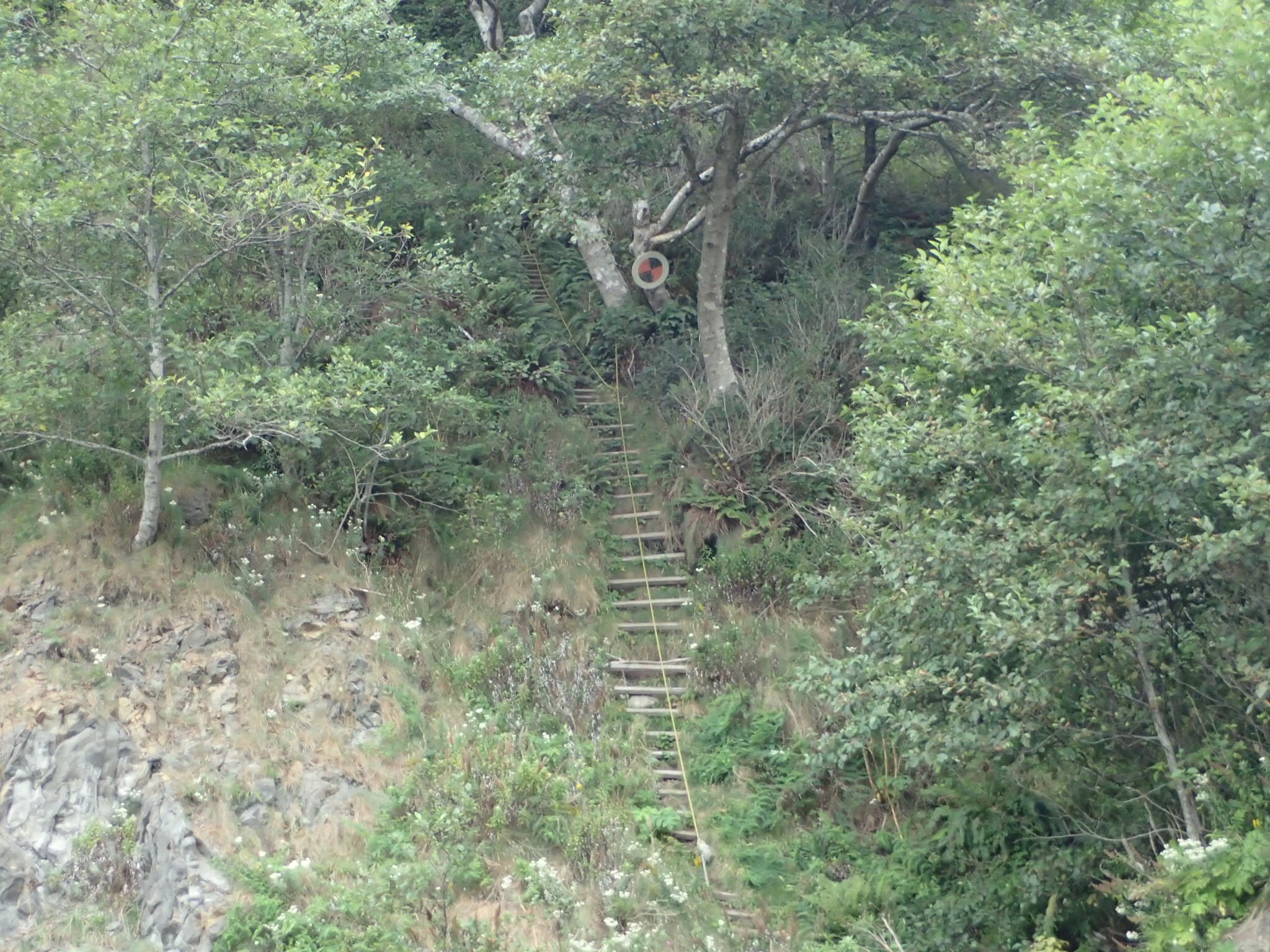 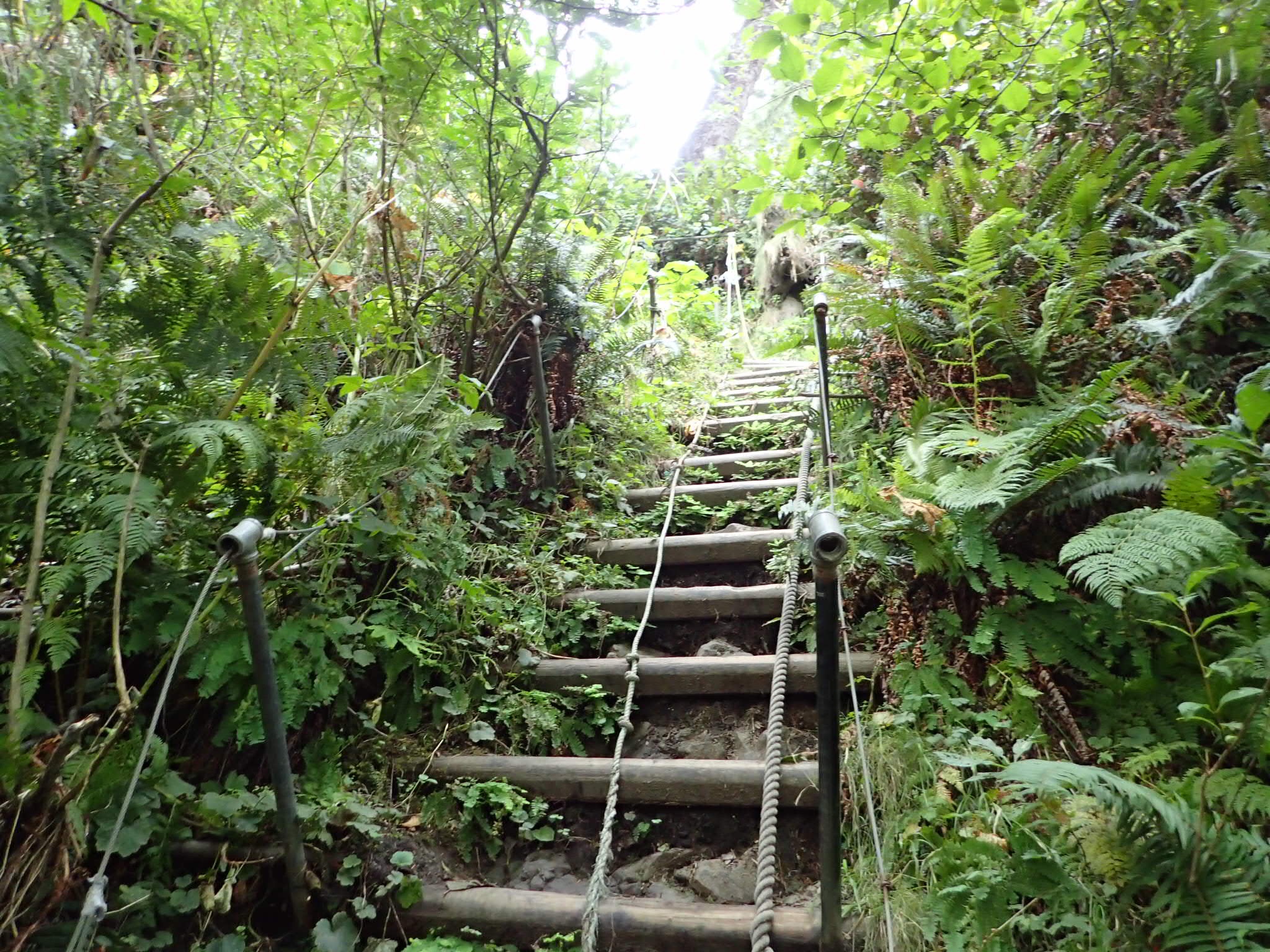 I climbed up the hanging ladder just to find myself soon on another one. It was a tough climb but finally I made it up and hiked on towards the rain forest. It was not an easy hike often muddy and with lots of scrambling over roots and other slippery stuff. No wonder I was delayed when I next checked my maps. No chance I would make it to the next tidal crossing in time and so I decided to wait for a few hours at Mosquito Creek Camp. It was a nice camp up in the trees with lots of space for tents. One was standing there and a foodbag was hanging up on the line. When I saw that I deeply regretted having rented a bear canister. I should have just gone with my approved Ursack no matter what. 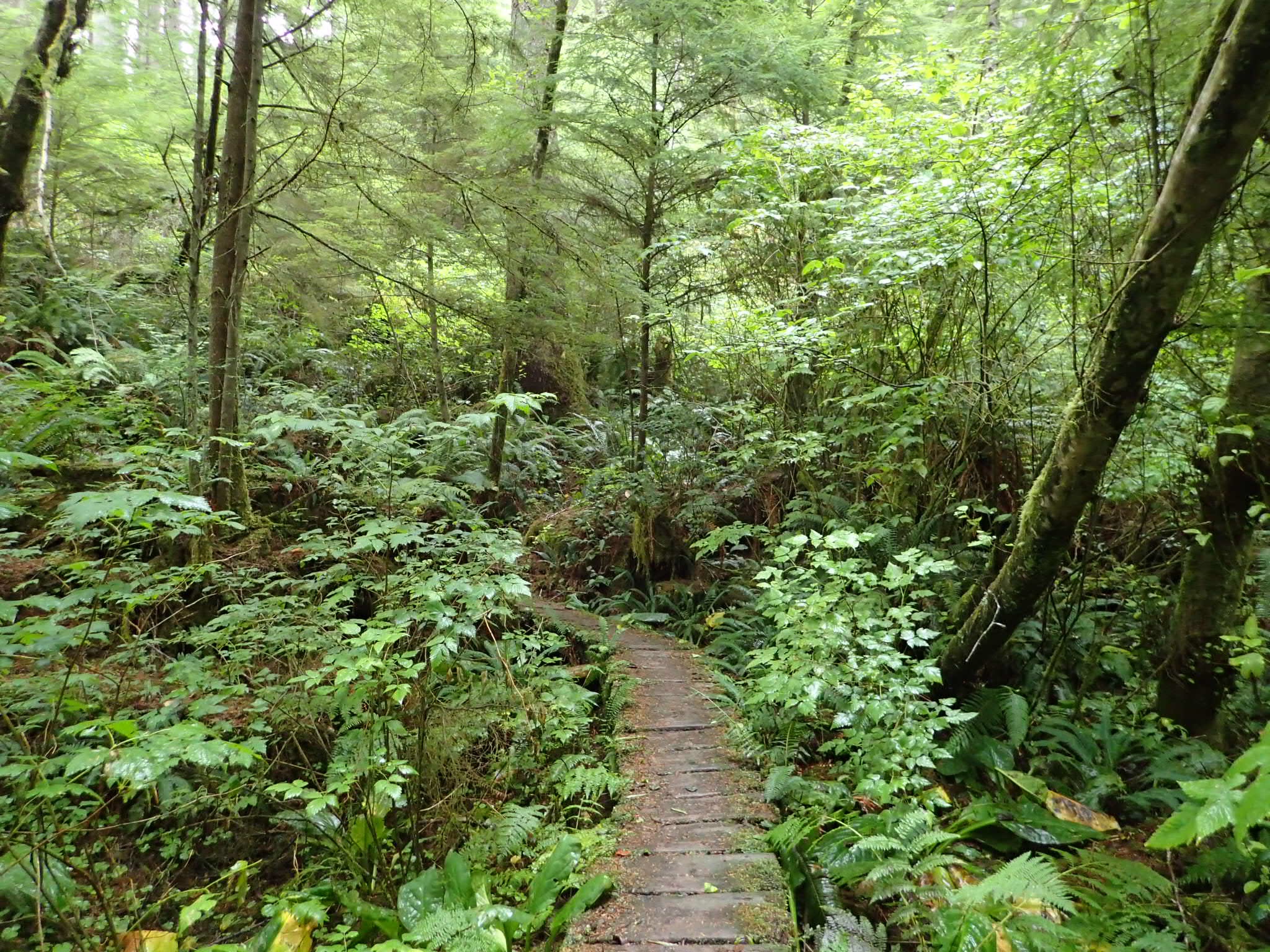 It was still drizzling and so I set up my rainfly to have some shelter. I had to wait until four and now it was just noon. The couple who was camping arrived and we all sat around a cozy camp fire soon. We chatted about this and that and time went over soon.

I took off even before 4 pm and it turned out it should not be a problem at all. I forded Mosquito Creek and didn’t take my shoes off as another ford of Goodman Creek was yet to come. The hike along the beach was beautiful again and I often stopped to take photos. What a scenery! 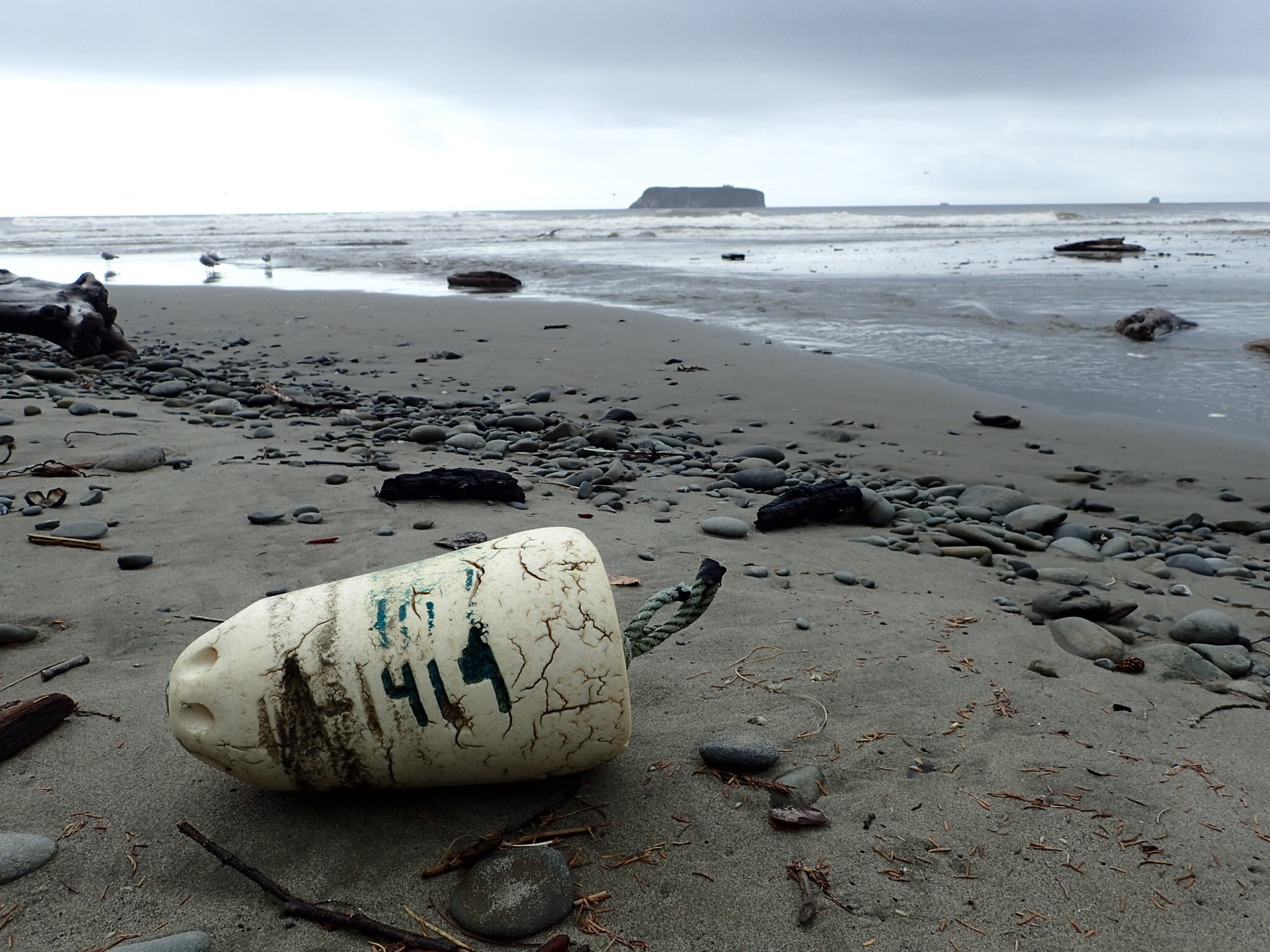 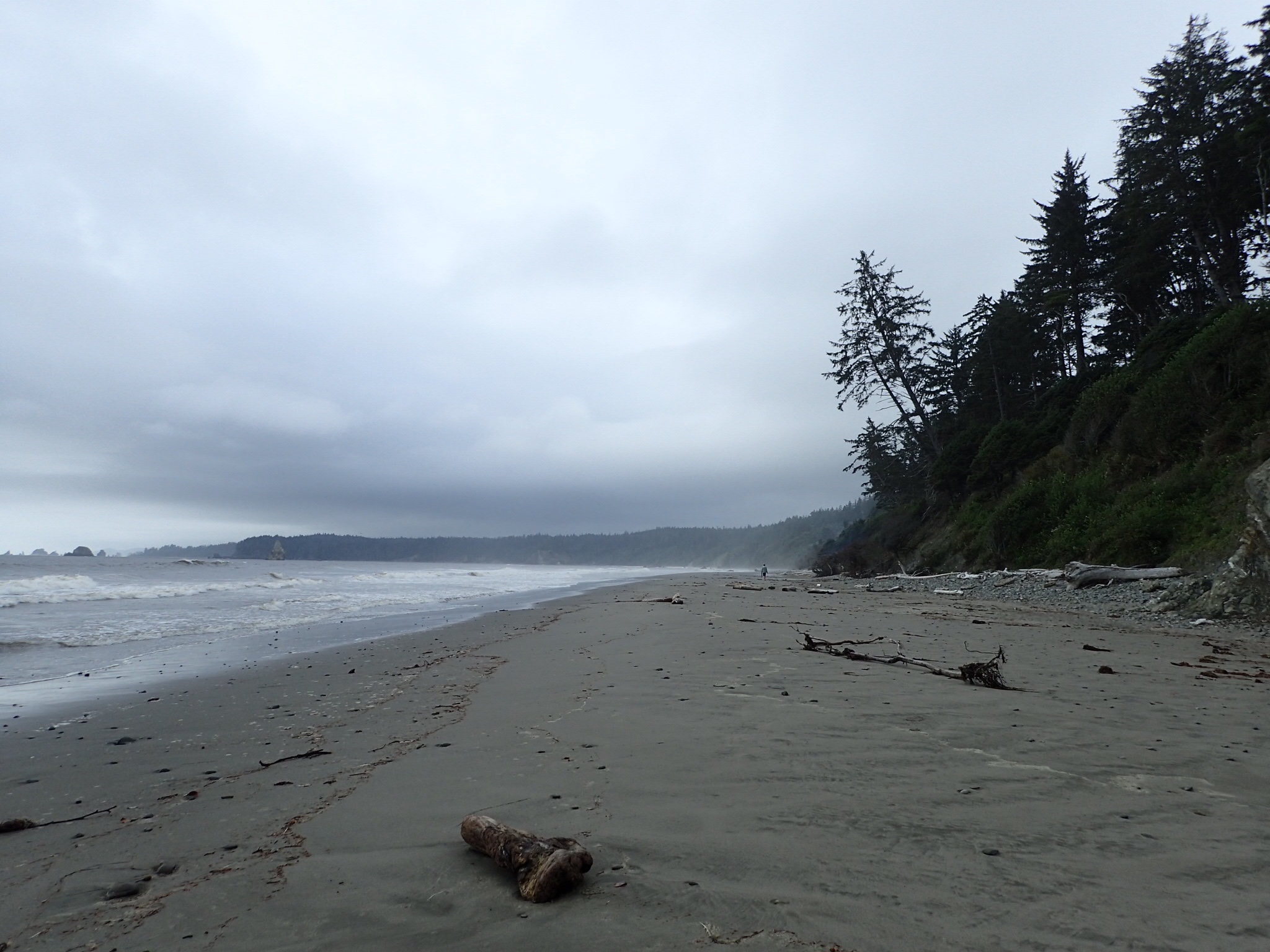 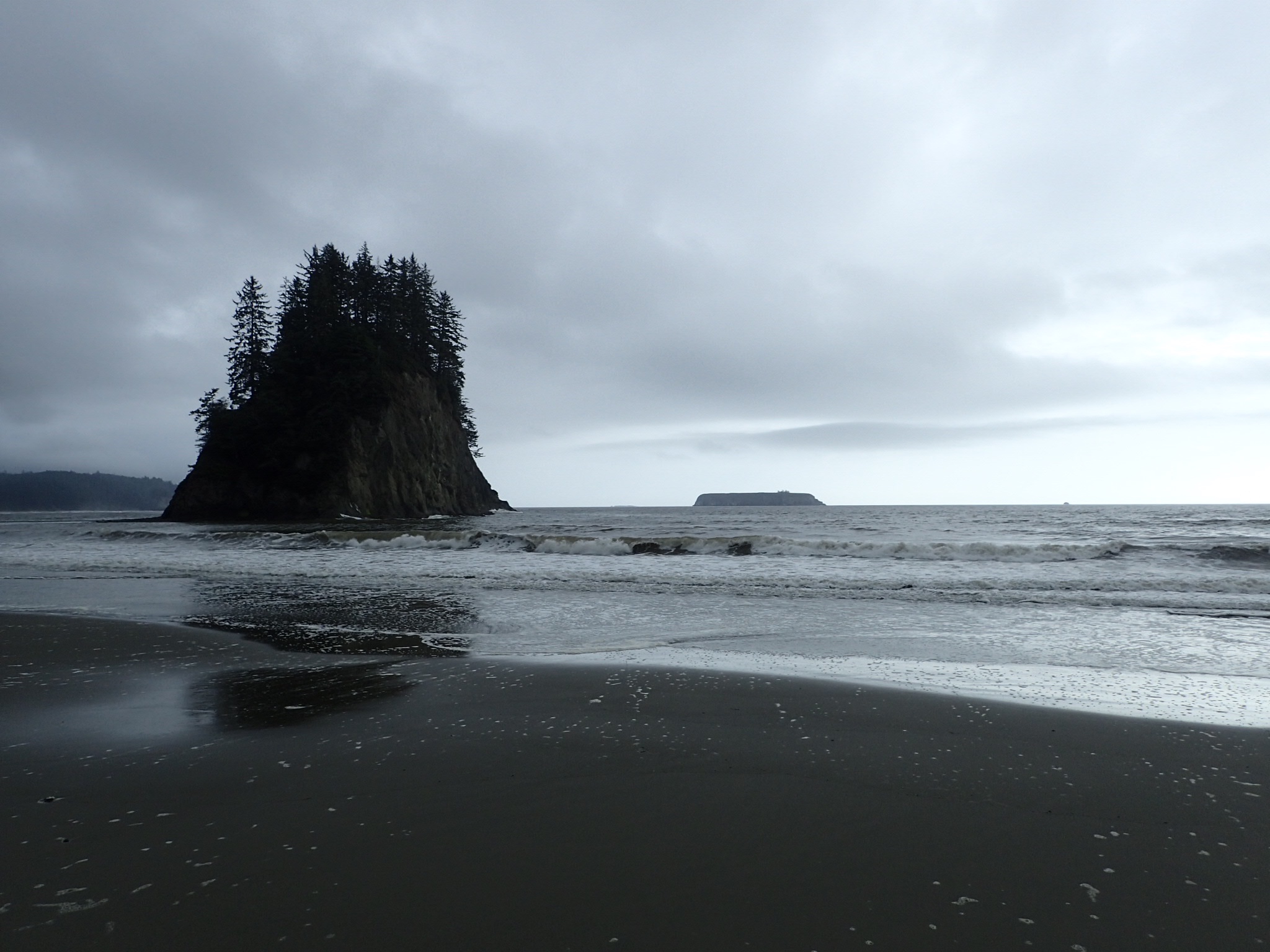 I had to cross another headland, climb up more sections with ladders and ropes and ford Goodman Creek a couple of times until I could get back down again to the beach. 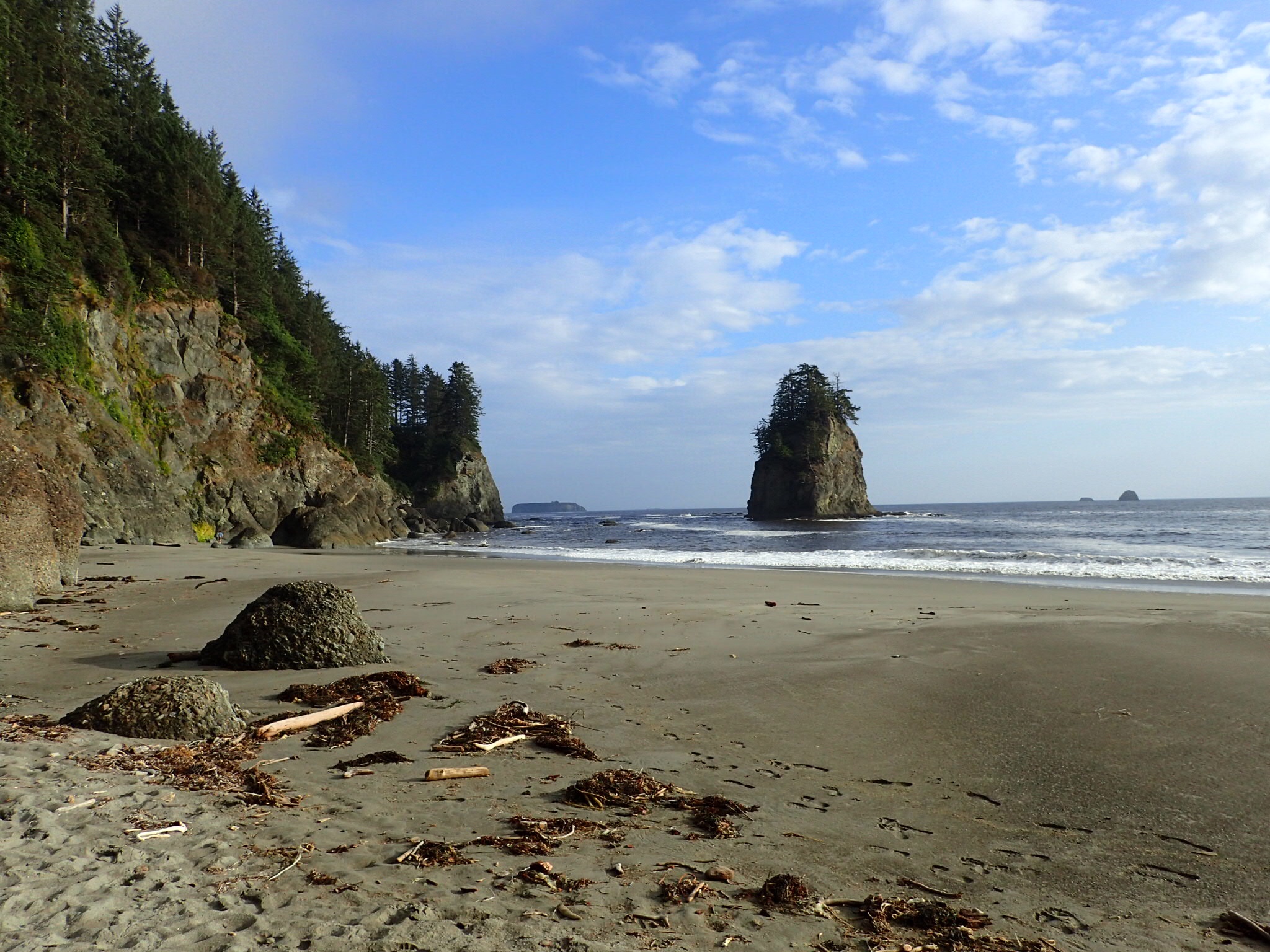 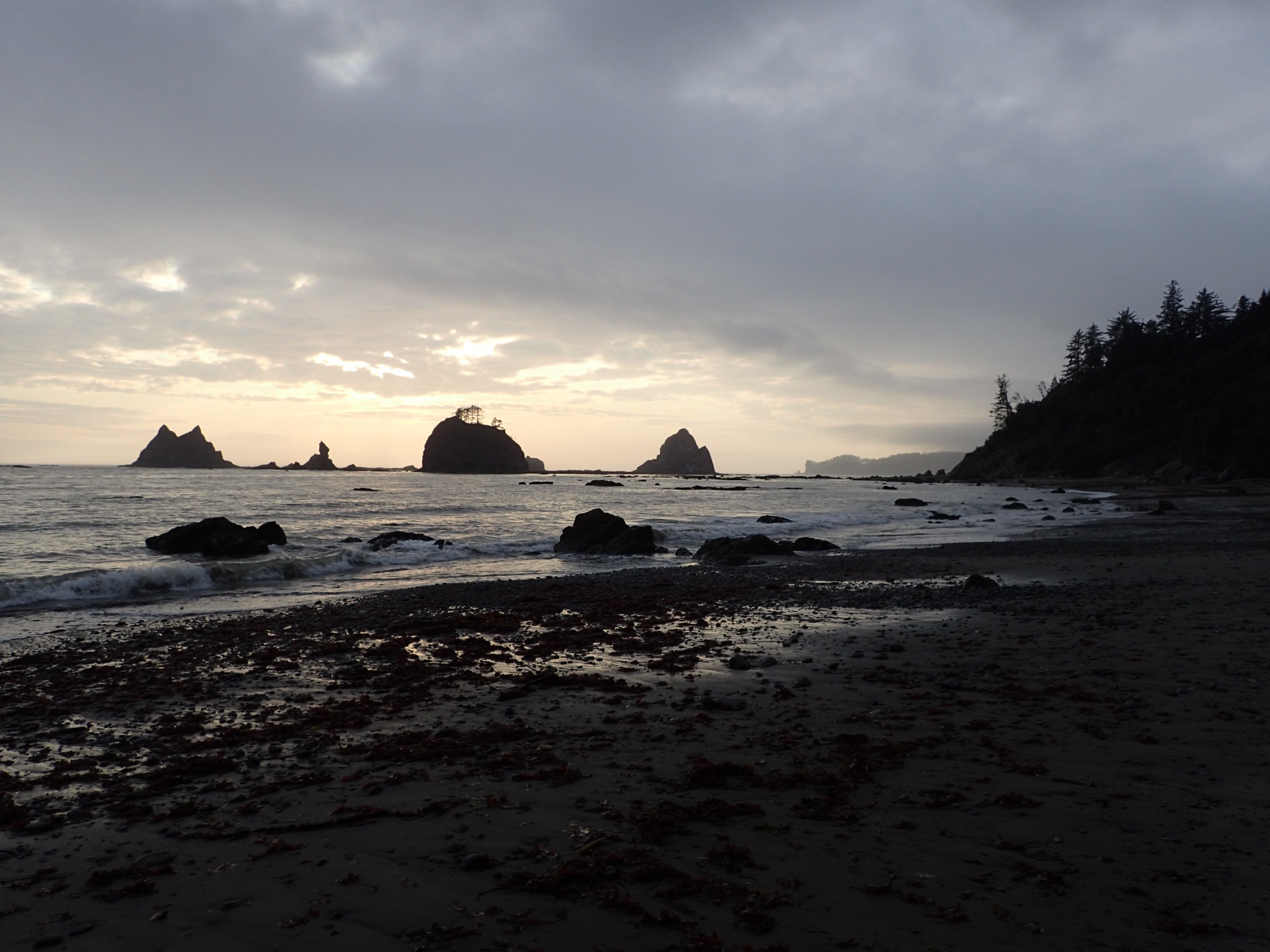 I had quite a ways to go until I reached my dedicated spot for the night. Turned out it wasn’t today’s prettiest beach but at least I watched a nice sunset while I hiked here. 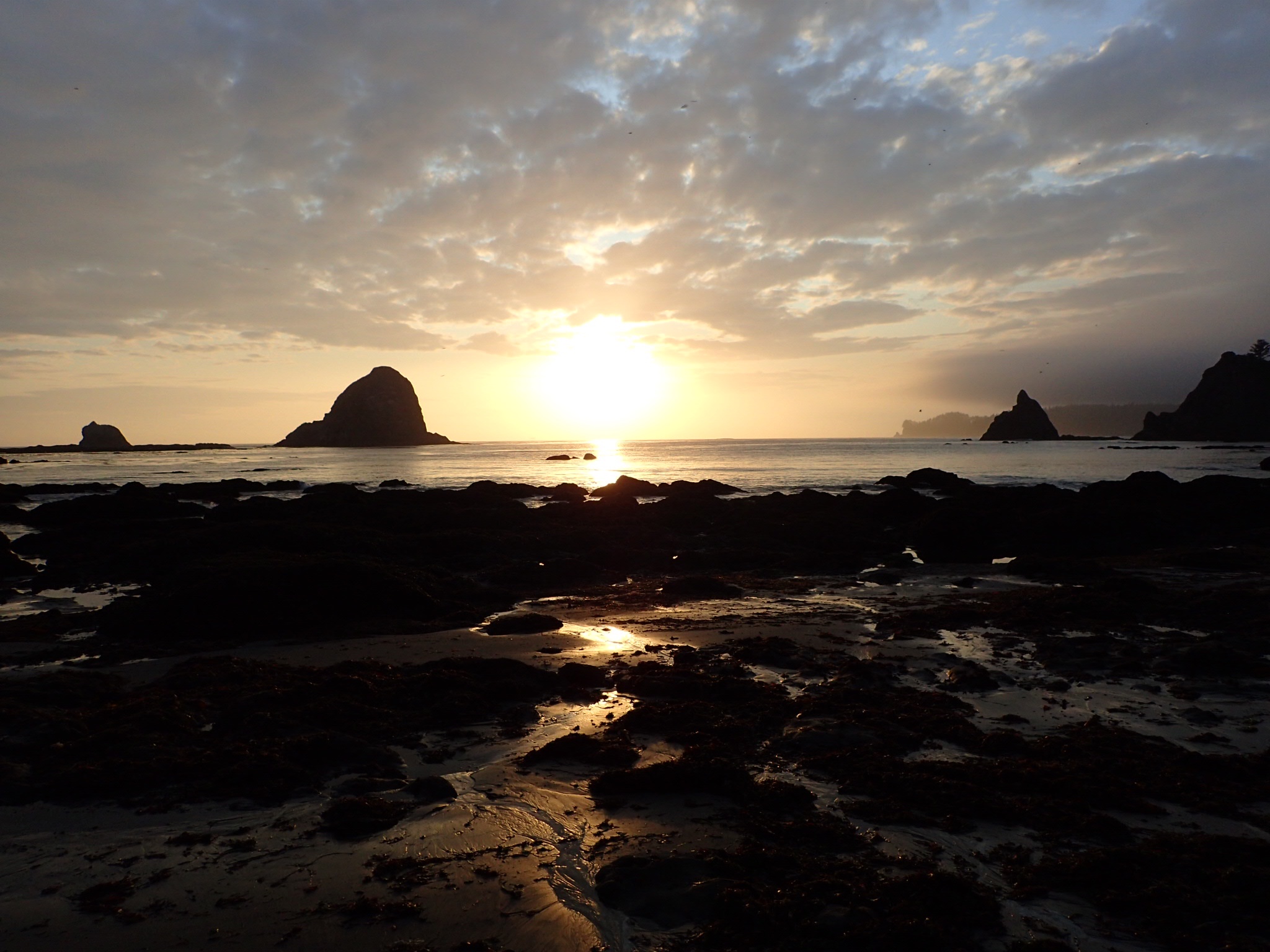 I set up camp amongst other campers and hope that the water level doesn’t rise too much. High tide will be reached at 3 am tomorrow morning. I have already heard scary stories of campers who had to move their tent quickly… Hopefully it will all be fine and I can hike another beautiful beach section tomorrow to and beyond La Push. 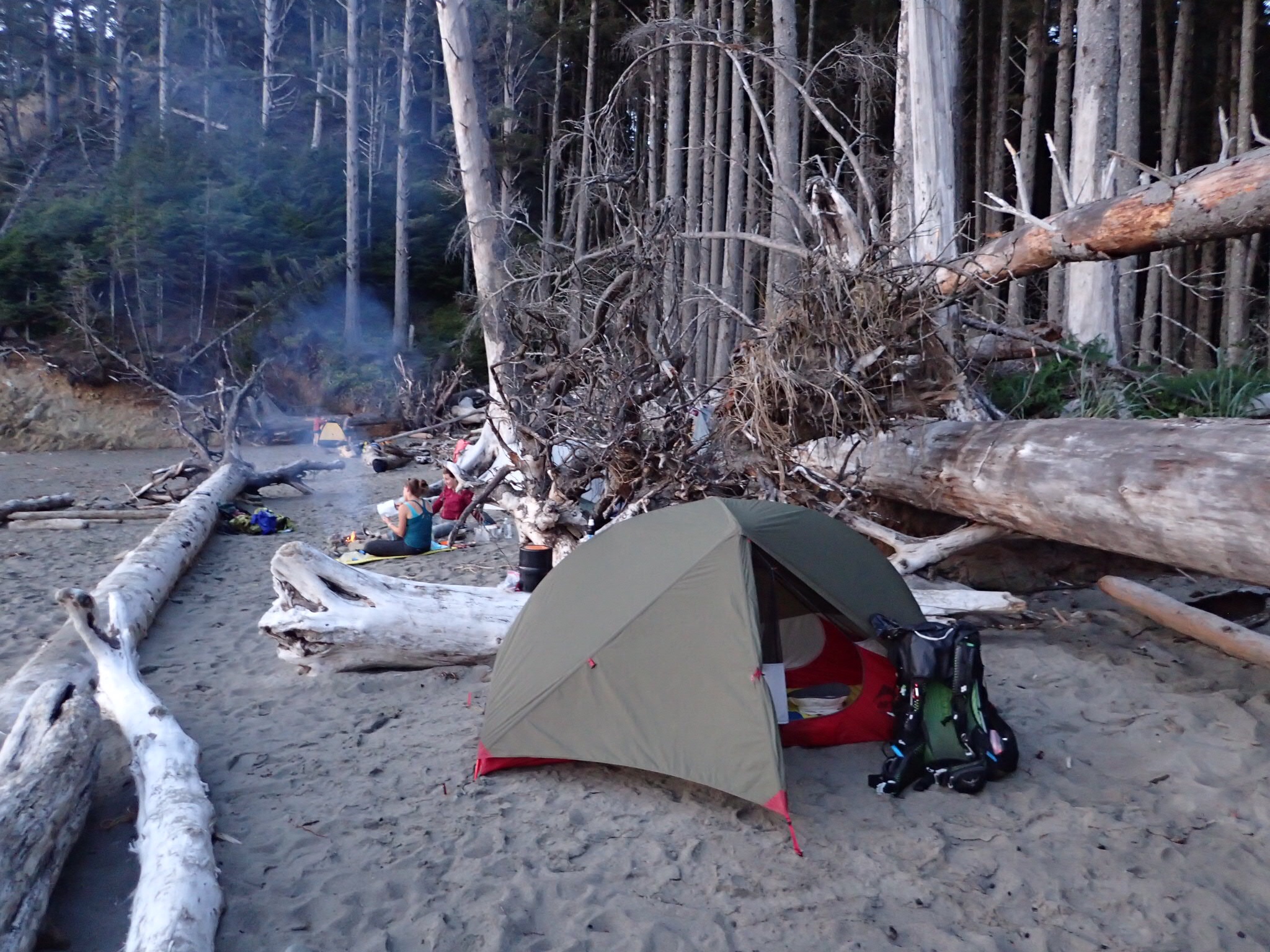 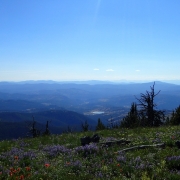