I woke up and stayed in my sleeping bag until 7:30. There was no rush as I wanted to go around Scott’s Bluff which required a tide of only 1 ft. This would be the case short before 9 am as low tide was around 9:13.

It was 8:30 when I started hiking towards the Bluff. I hiked behind a couple with a small kid. (??) The hike around Scott’s Bluff was a rock scramble and the fact that these parents were doing it gave me no chance to be weak. Actually I enjoyed the scramble a lot and I arrived at the other end well before the family. My backpack wasn’t as heavy as a kid 😉 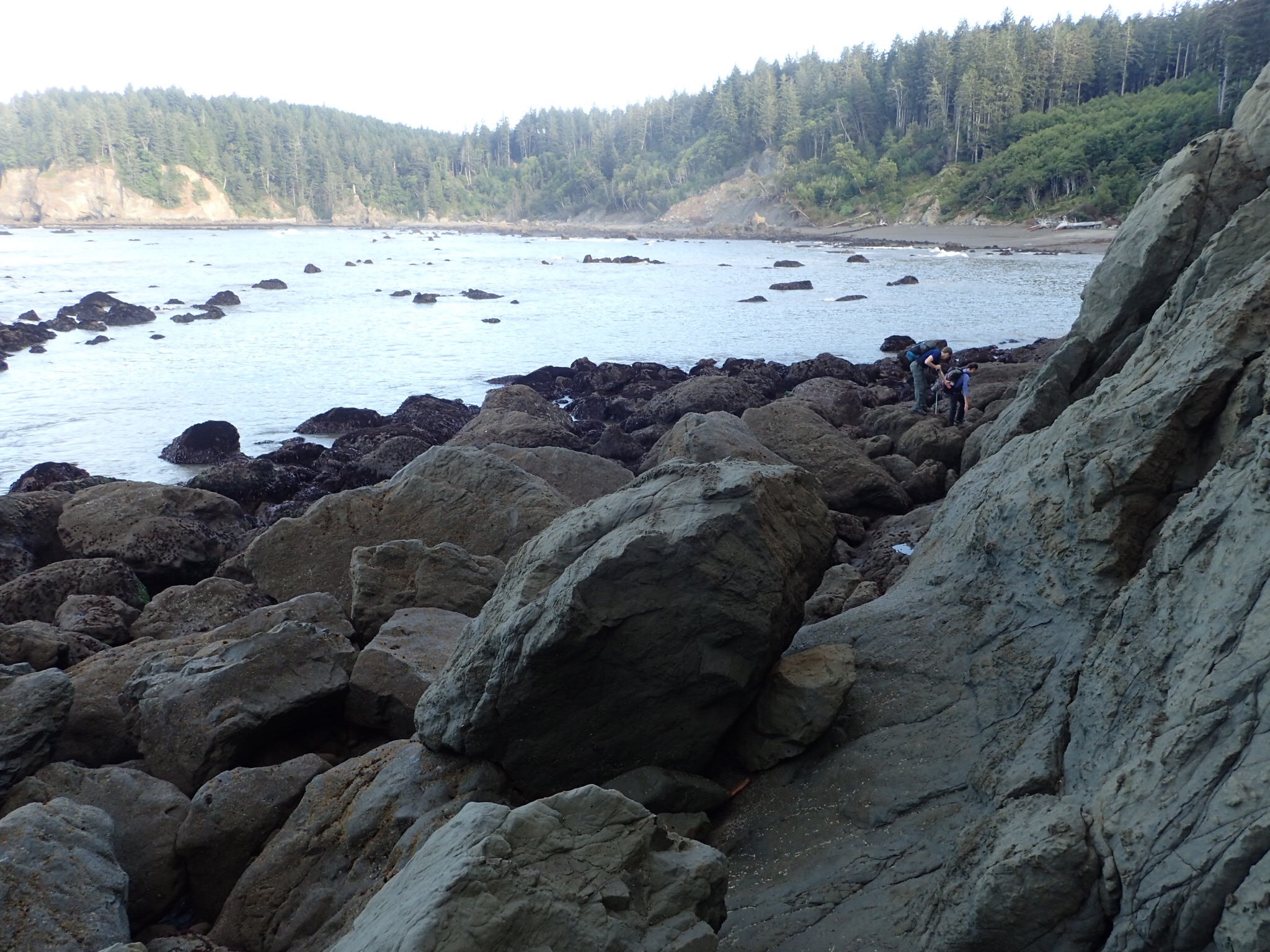 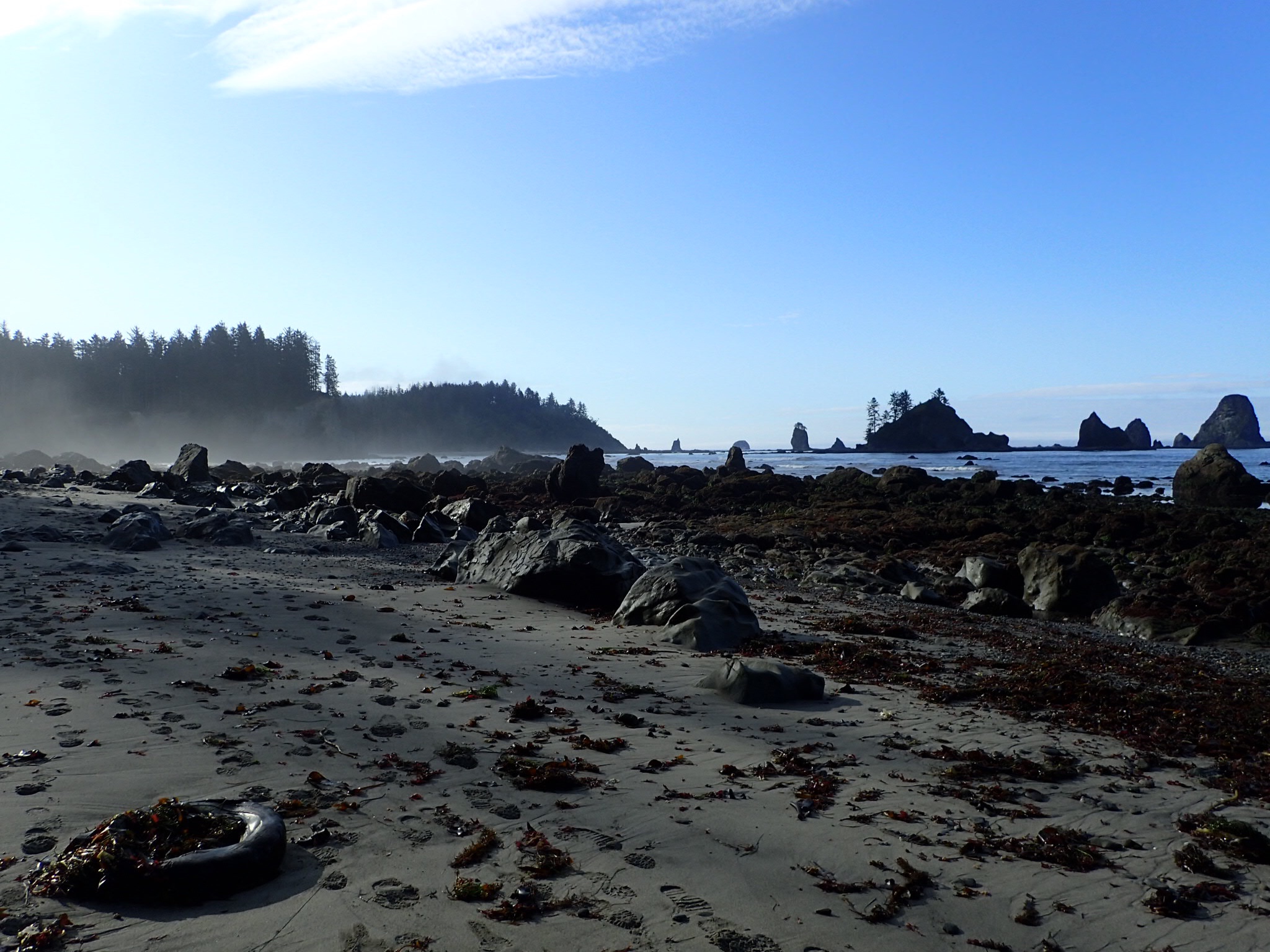 On the other side a short and easy beach walk brought me to another climb up a headland. This time it was proper wooden ladders that were actually fixed and not hanging on ropes as before. 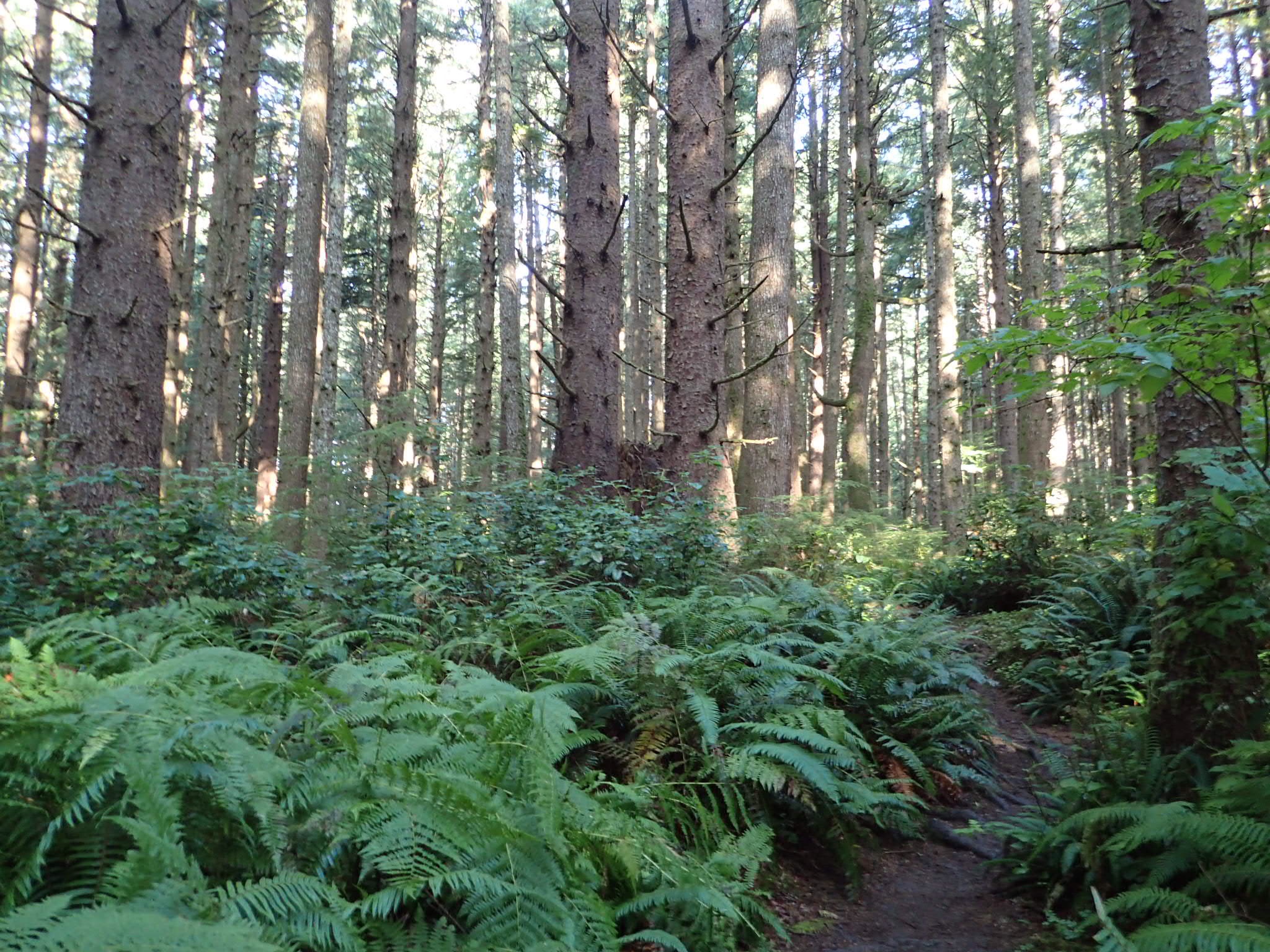 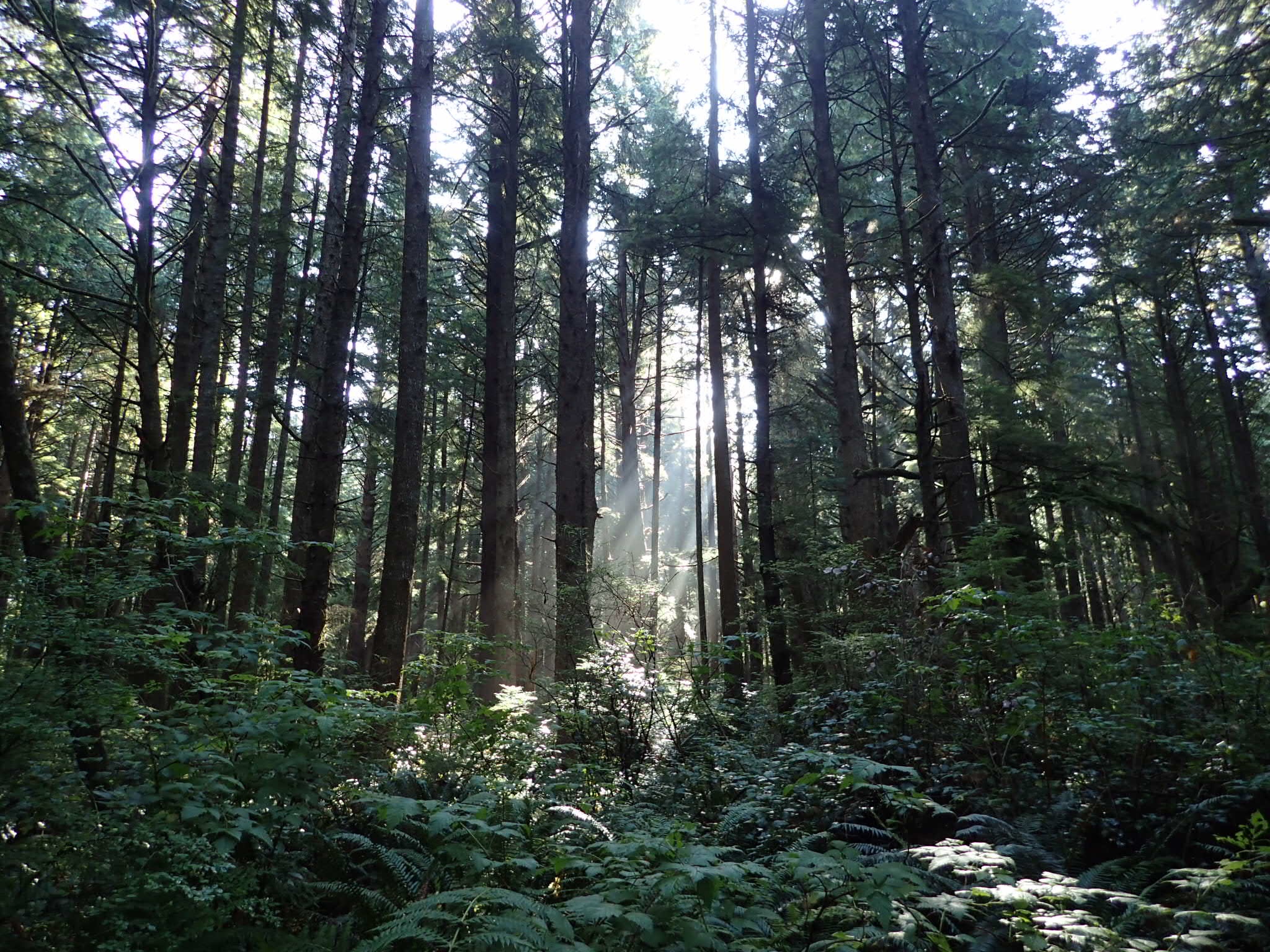 The ropes should come on the other side and when I arrived at Third Beach I felt like I had absolved an adventure climbing course. The last rope rappel was especially tough but great fun! And then… 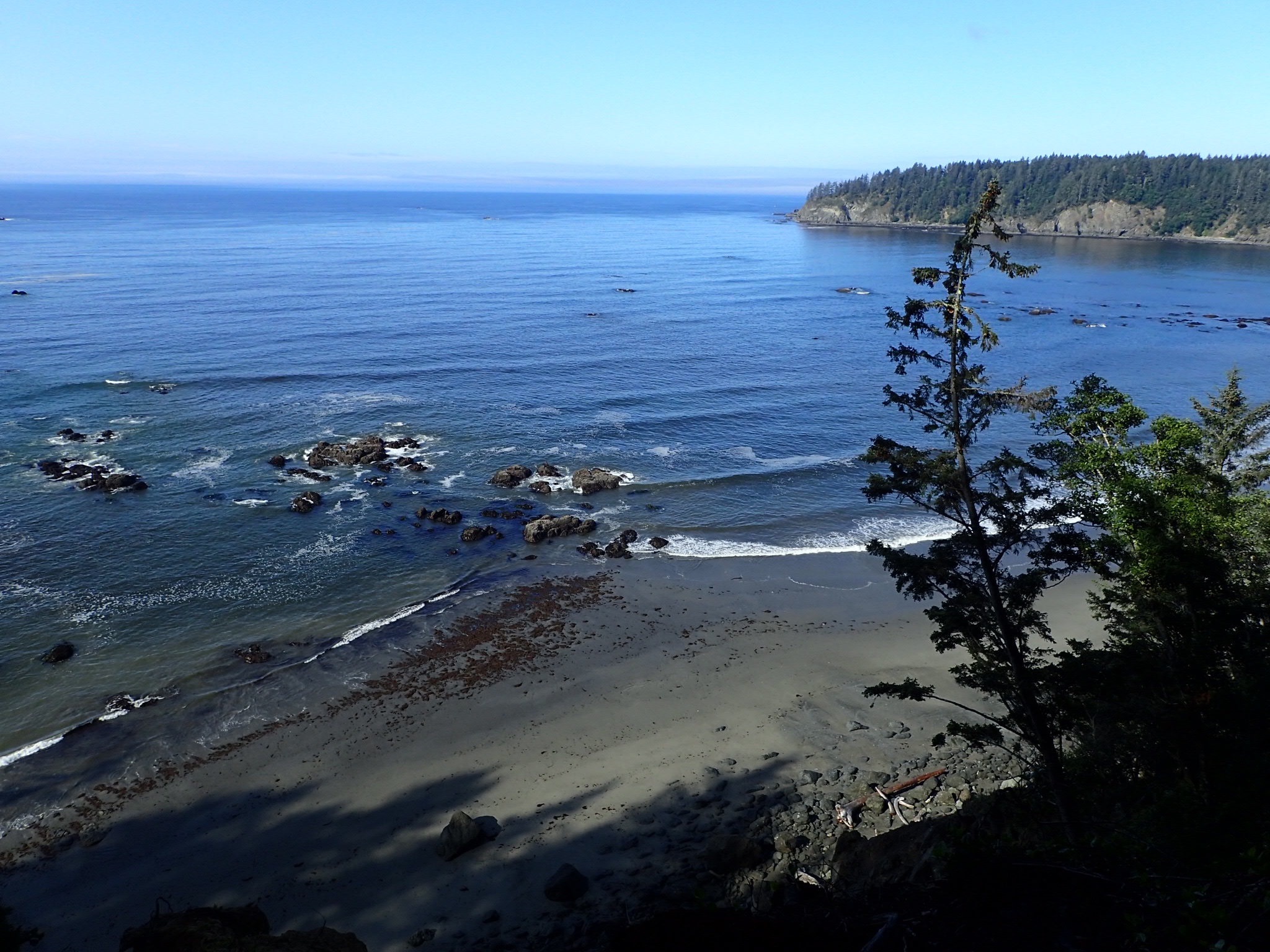 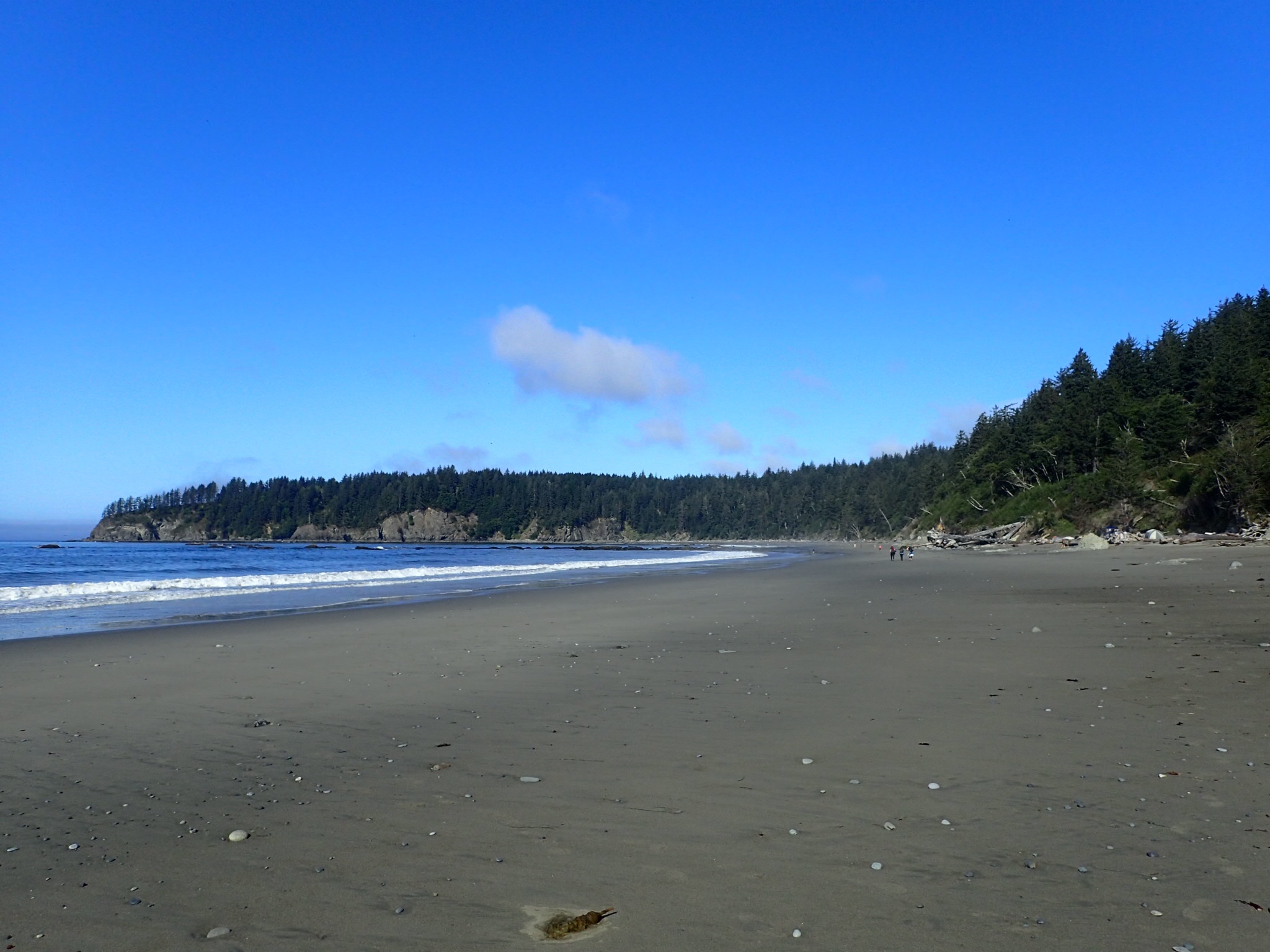 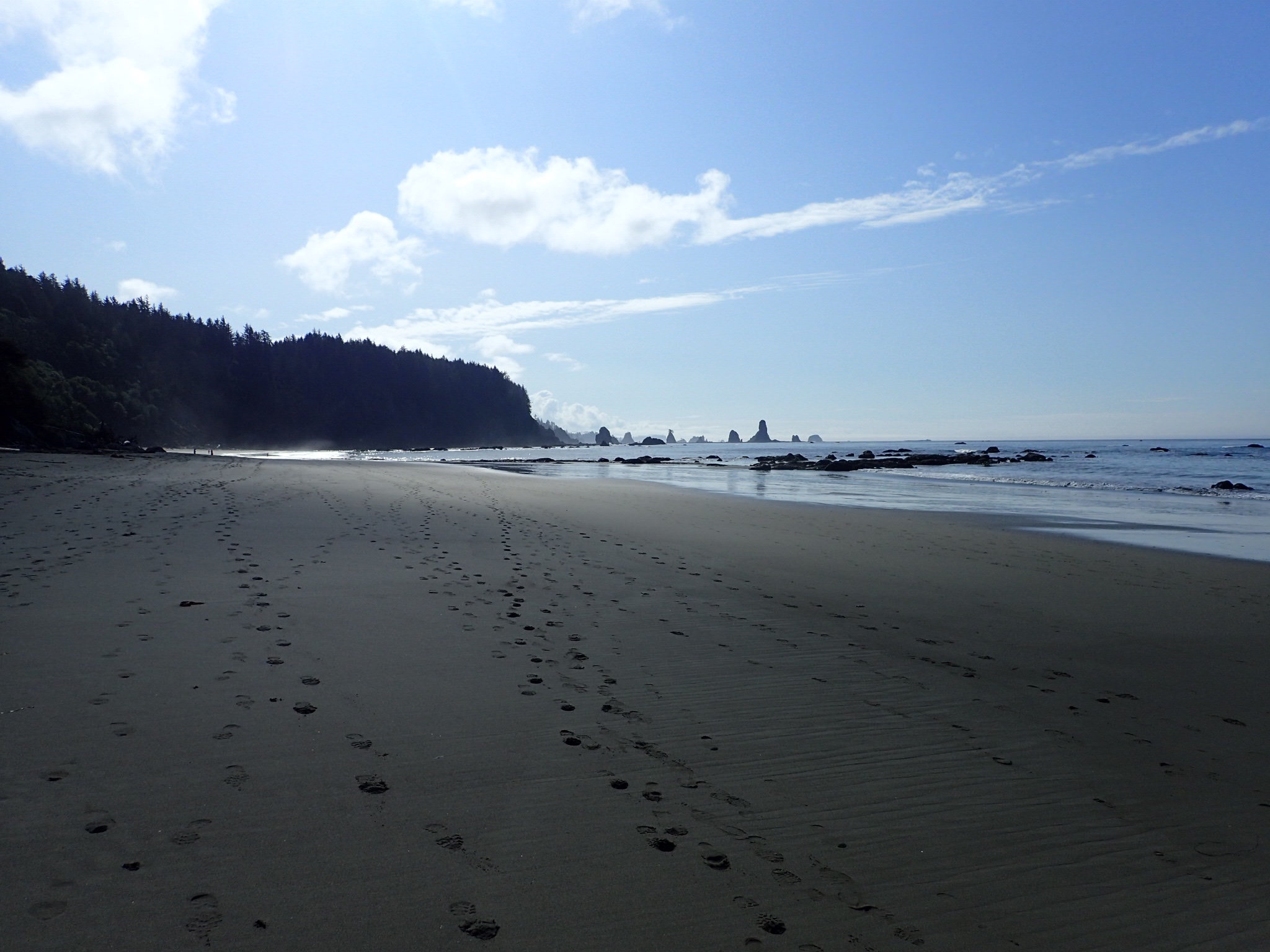 Third Beach was another huge stunning beach. At the end it was a bit more growded with day-hikers as it was easily accessible from the trailhead near La Push. That was exactly where I was heading. The climb up the headland was super easy this time and didn’t involve any ladders or stairs. A nice and well-traveled trail led about 2 miles through a nice rain forest until I stood at the trailhead.

I passed the bathroom and information boards and settled for another two miles on a paved road to La Push. La Push is the Home of the Quileute tribe and I was curious to see how the Indians lived. Very soon I should be very disappointed.

Apart from some nice information boards and signs La Push was nothing special and there were only little signs of the Indian culture. I went directly to the grocery store to stock up my food and buy my last resupply on this hike. 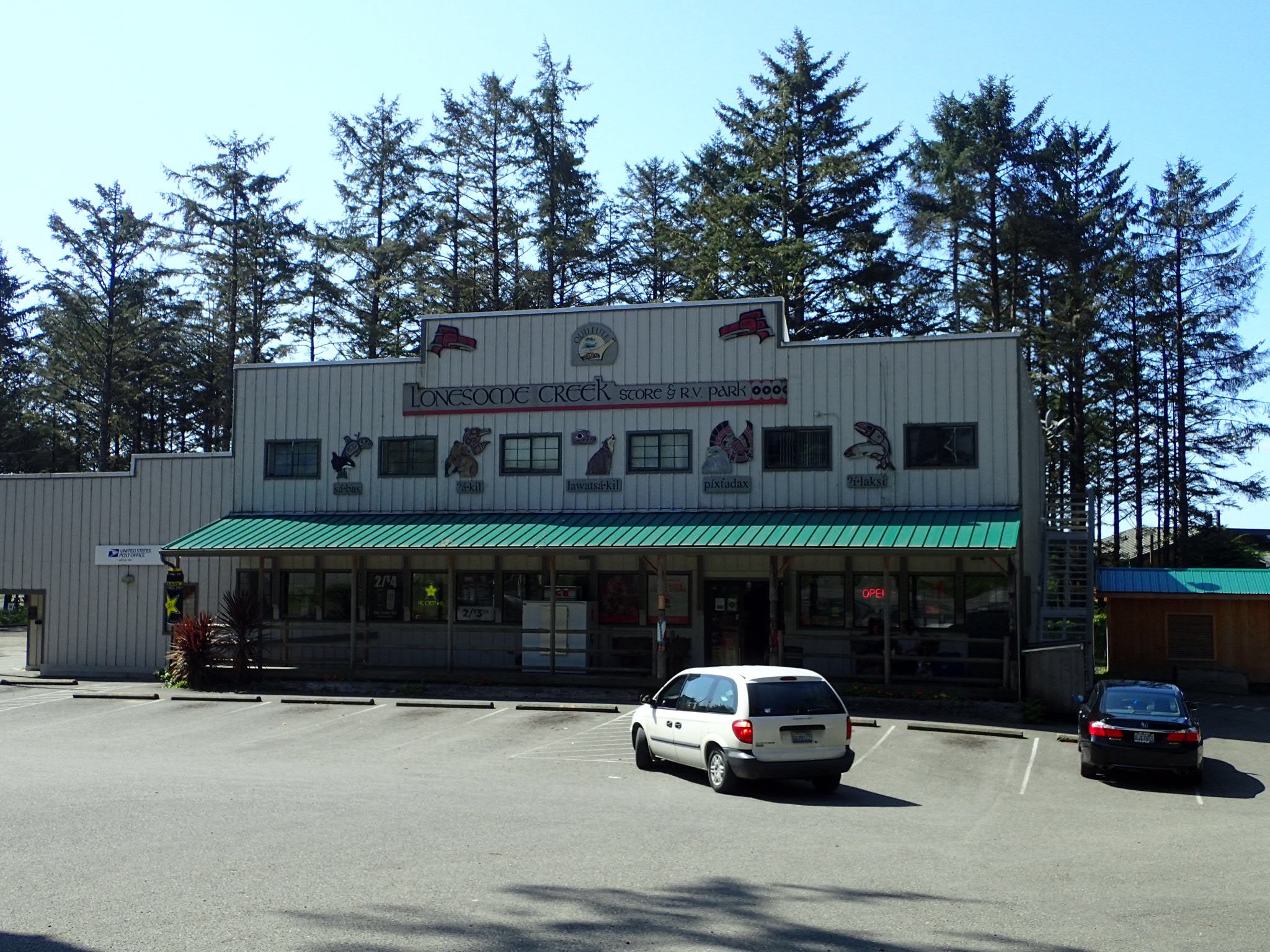 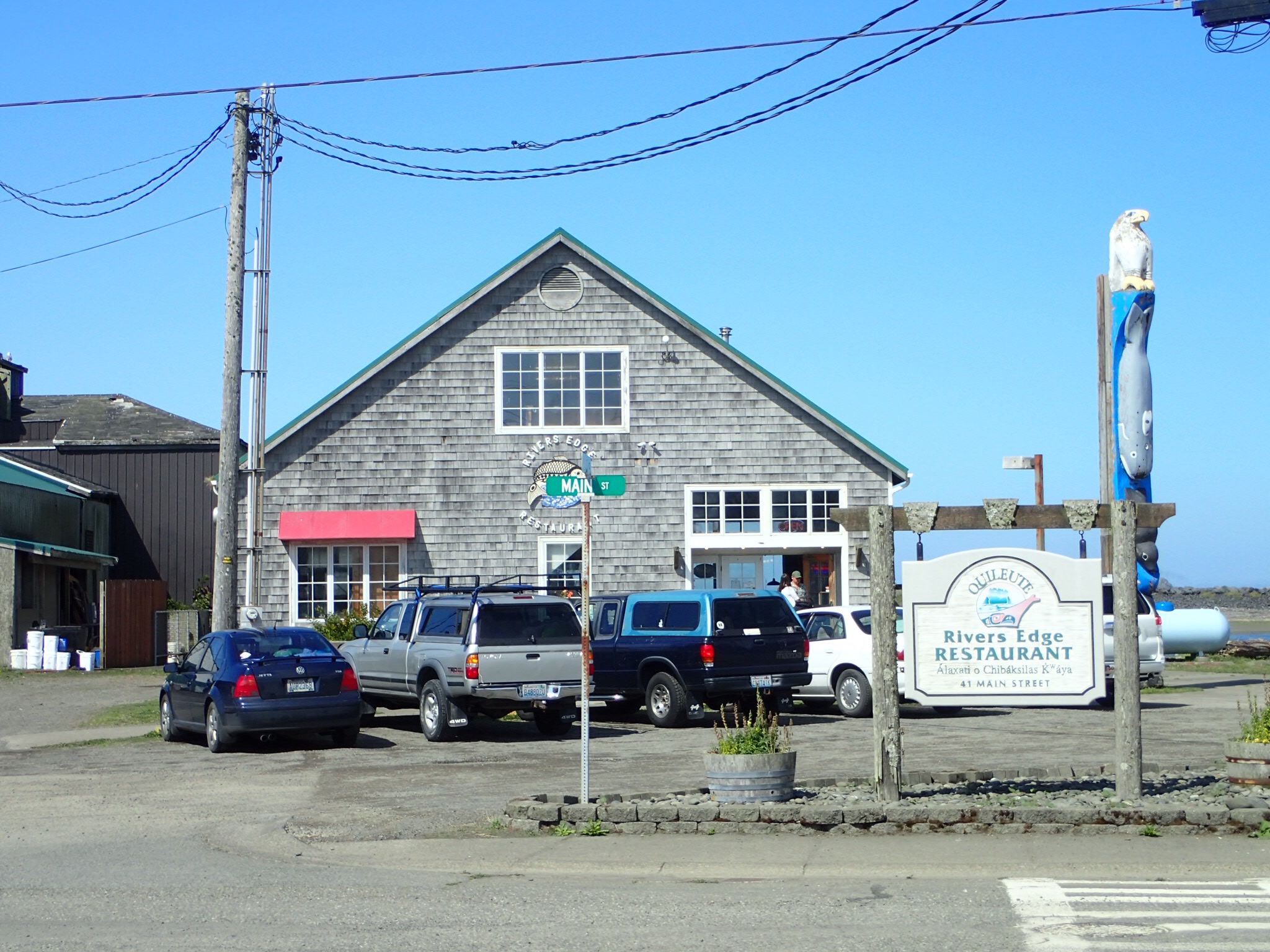 After the store I wanted to go for lunch to the River Edge Restaurant. Sitting there and enjoying some Fish’n’Chips I was wondering if I would easily get a ride across the Quillayute River. It was supposed to be no big deal but today was Labour Day – a public holiday in the US. After lunch I made my way to the small marina and someone directed me towards the office which was surprisingly staffed. The young man offered to take me across the river. “Anything works” was his answer when I asked for the price. I boarded his small boat and shortly after we scooted across the water. The quick boat ride was priceless for me. I handed 10 Bucks over to my captain which I hope was appropriate. 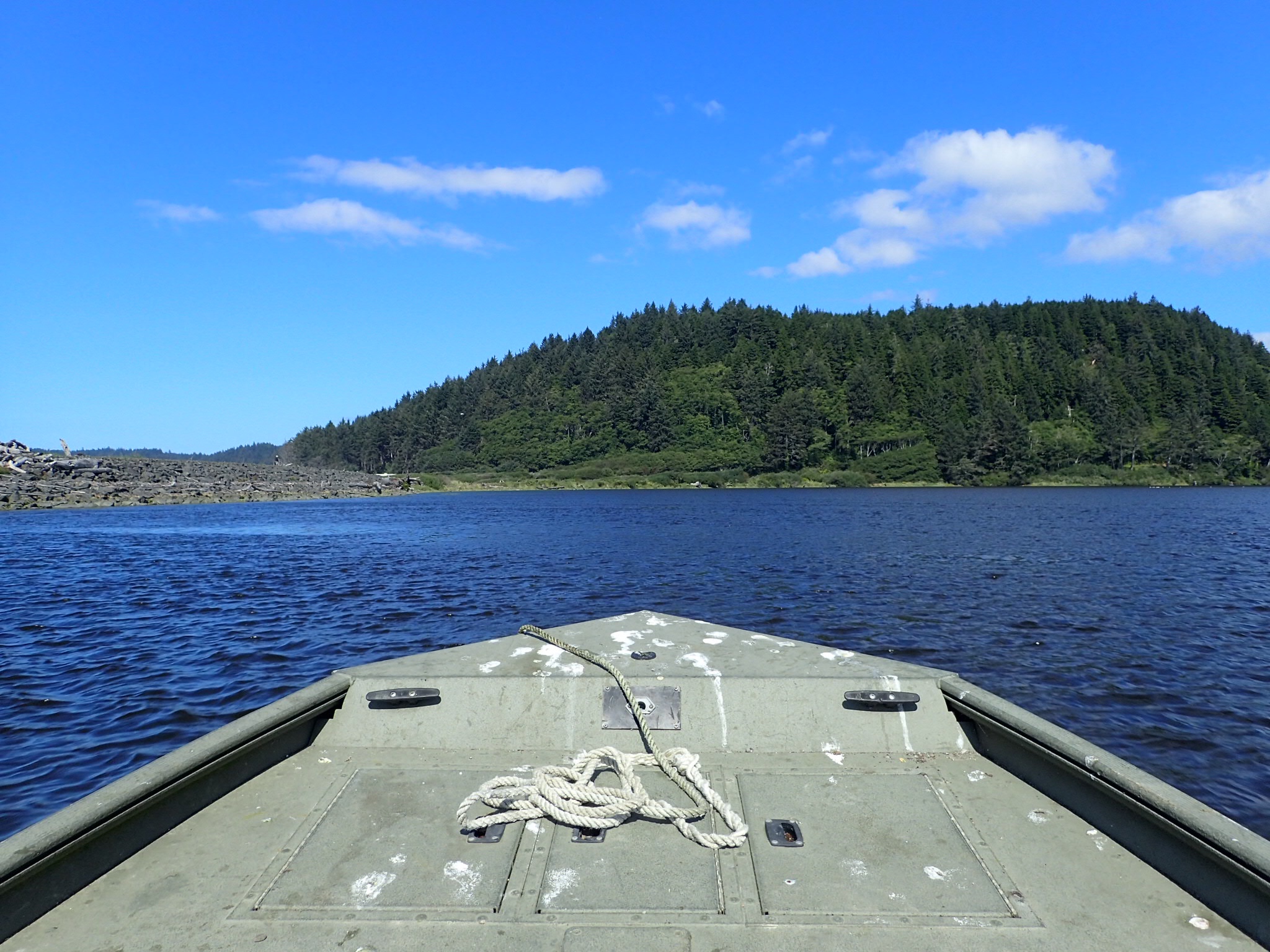 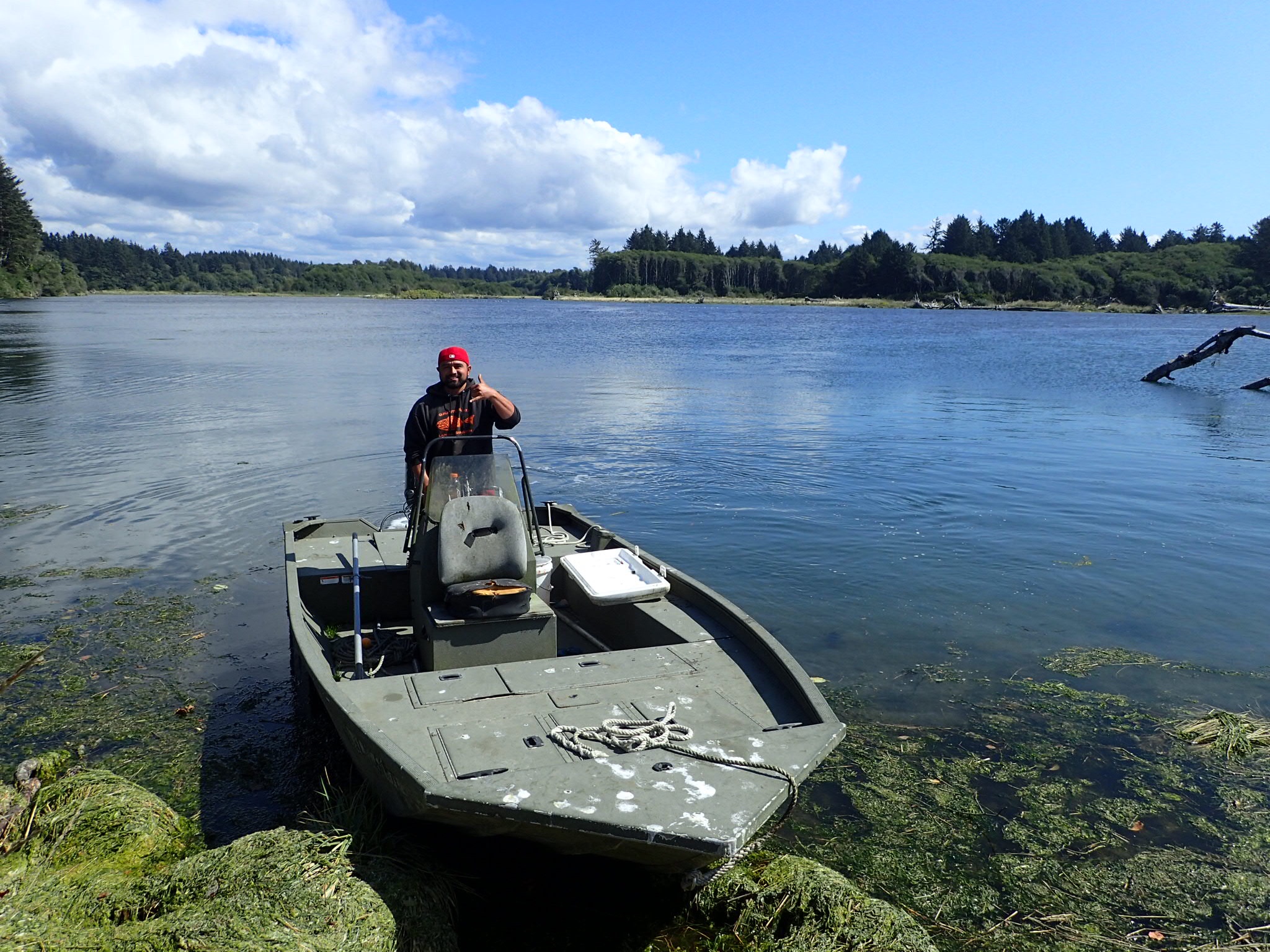 On the other side of the river I resumed my hike and re-entered the Olympic National Park. I was now hiking along the famous Rialto Beach. It was super busy at the trailhead and I didn’t like it at first. But as soon as I had covered more than half a mile the lines had thinned out. It was less than a couple of miles to the place where I wanted to camp. The tide was high and instead of easily walking on the sand I climbed over trees. Again. But it was driftwood which made it a different story! I passed big rocks with lots of seagulls and pelicans and I watched the big birds diving for fish. 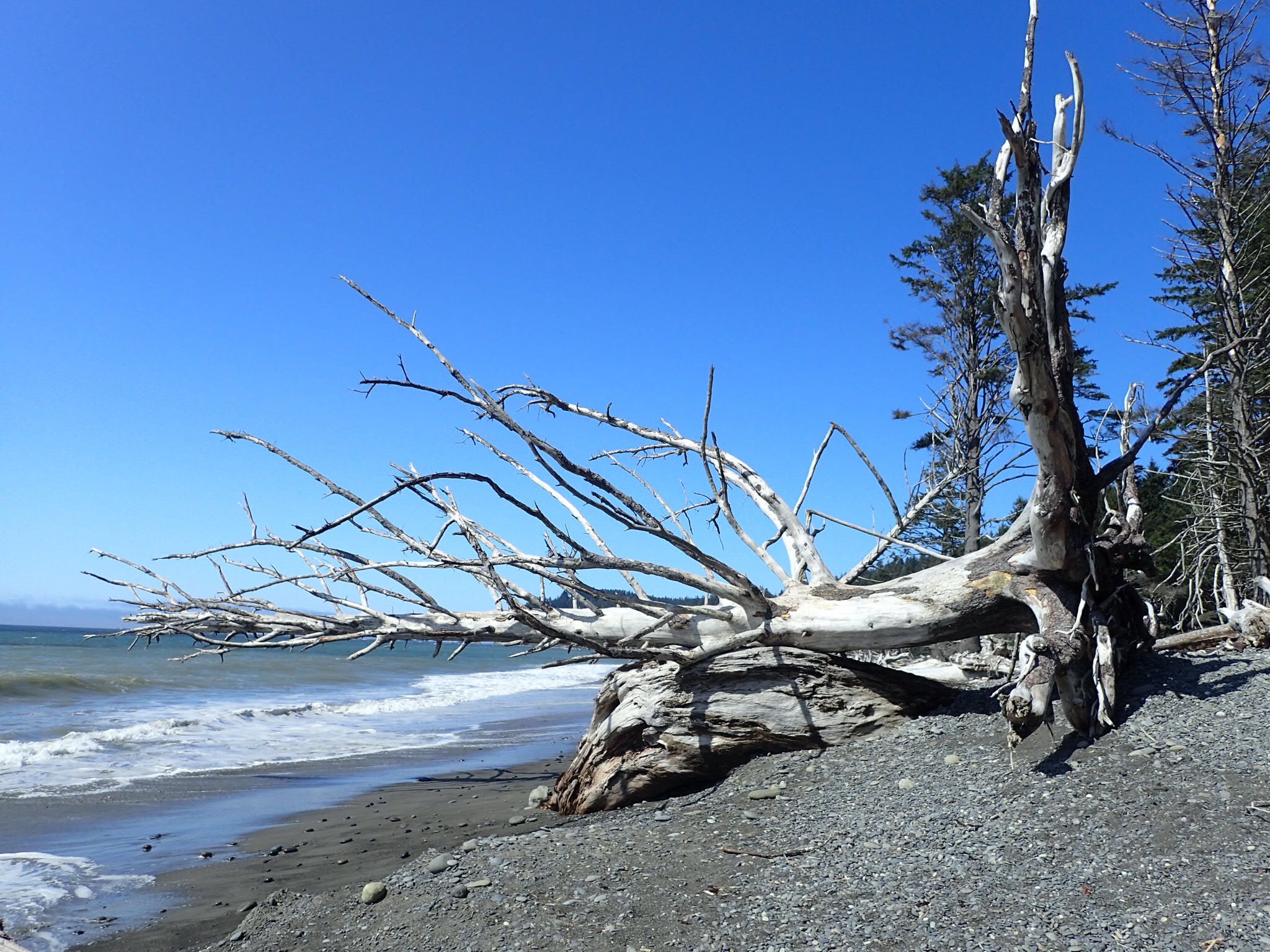 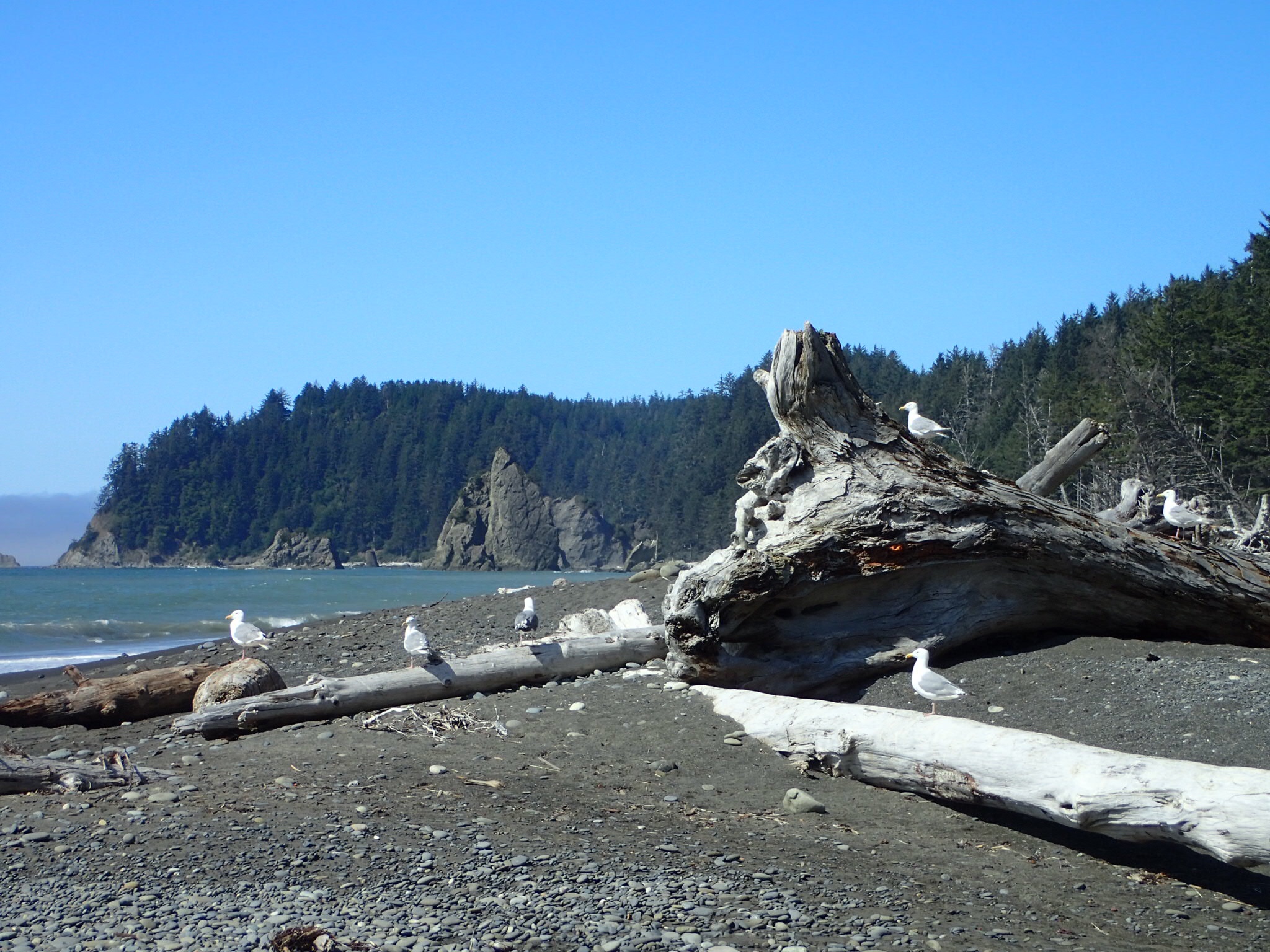 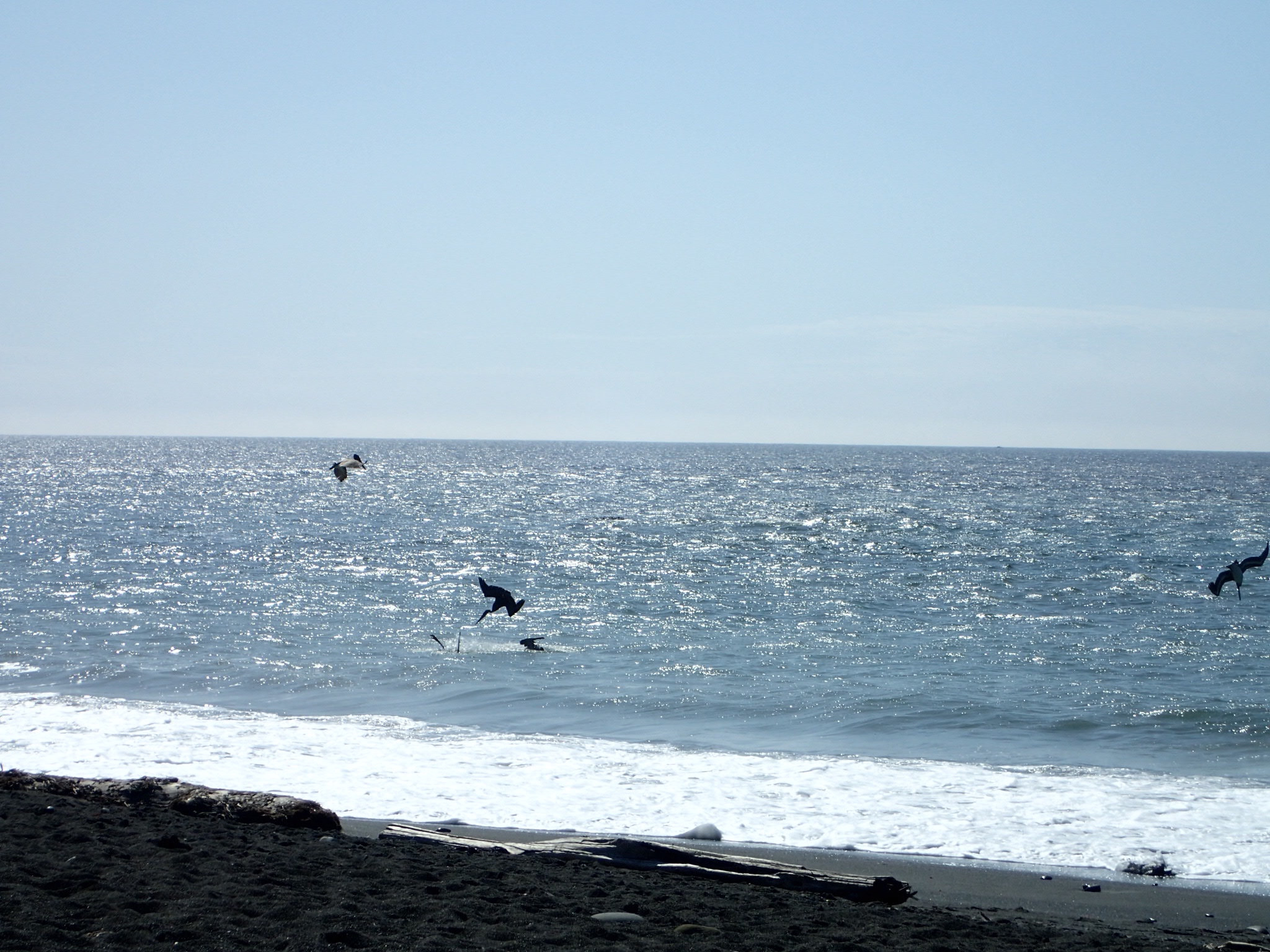 Behind the driftwood, a little bit between trees and up from the water I found a nice little campsite. It must be the official one because there is a privy nearby. Out in the ocean are two impressive rocks and I can see the hole in the wall which is a tunnel in a big rock. Maybe I can hike through tomorrow depending on the tide. But I think it should work! 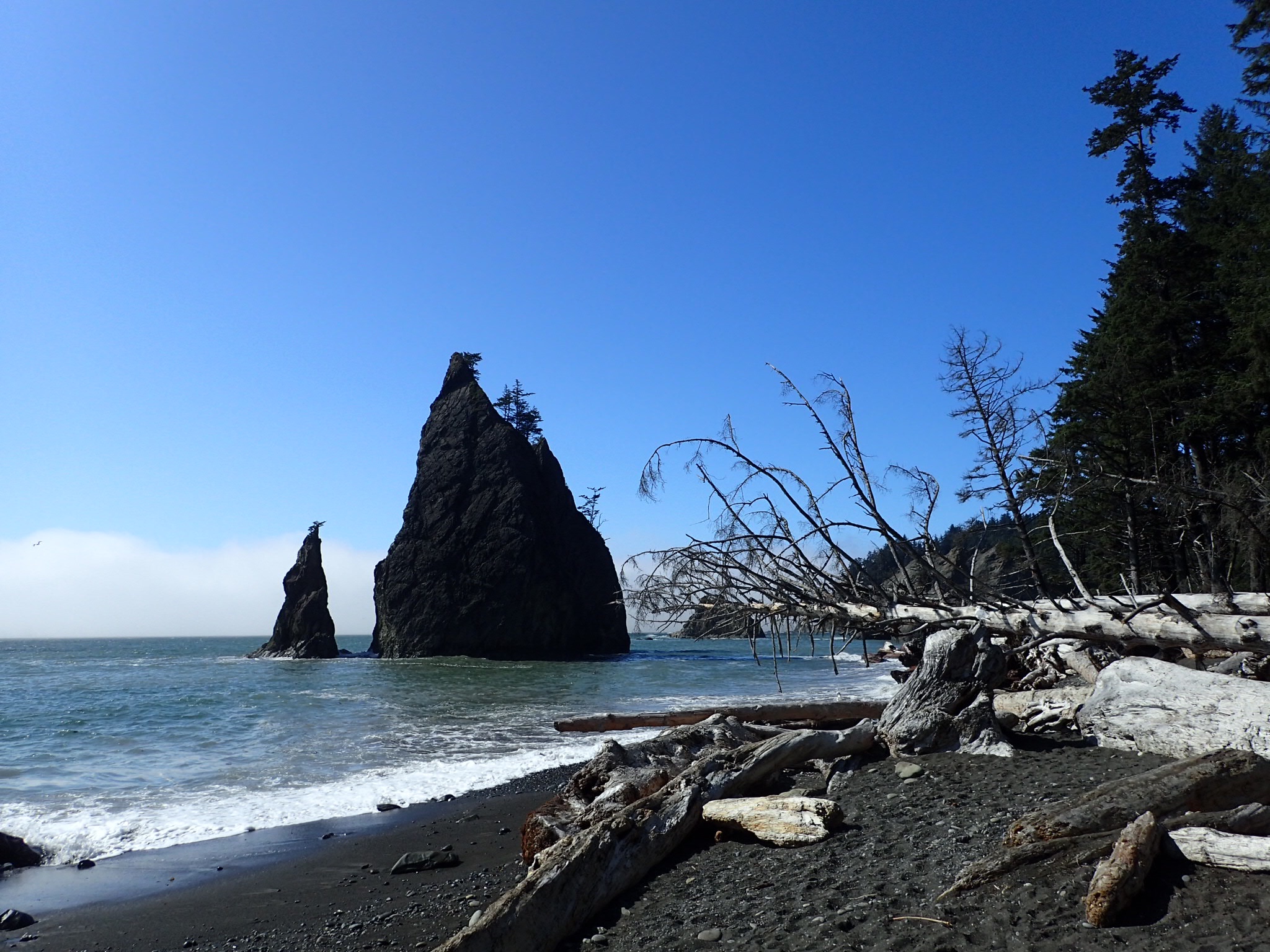 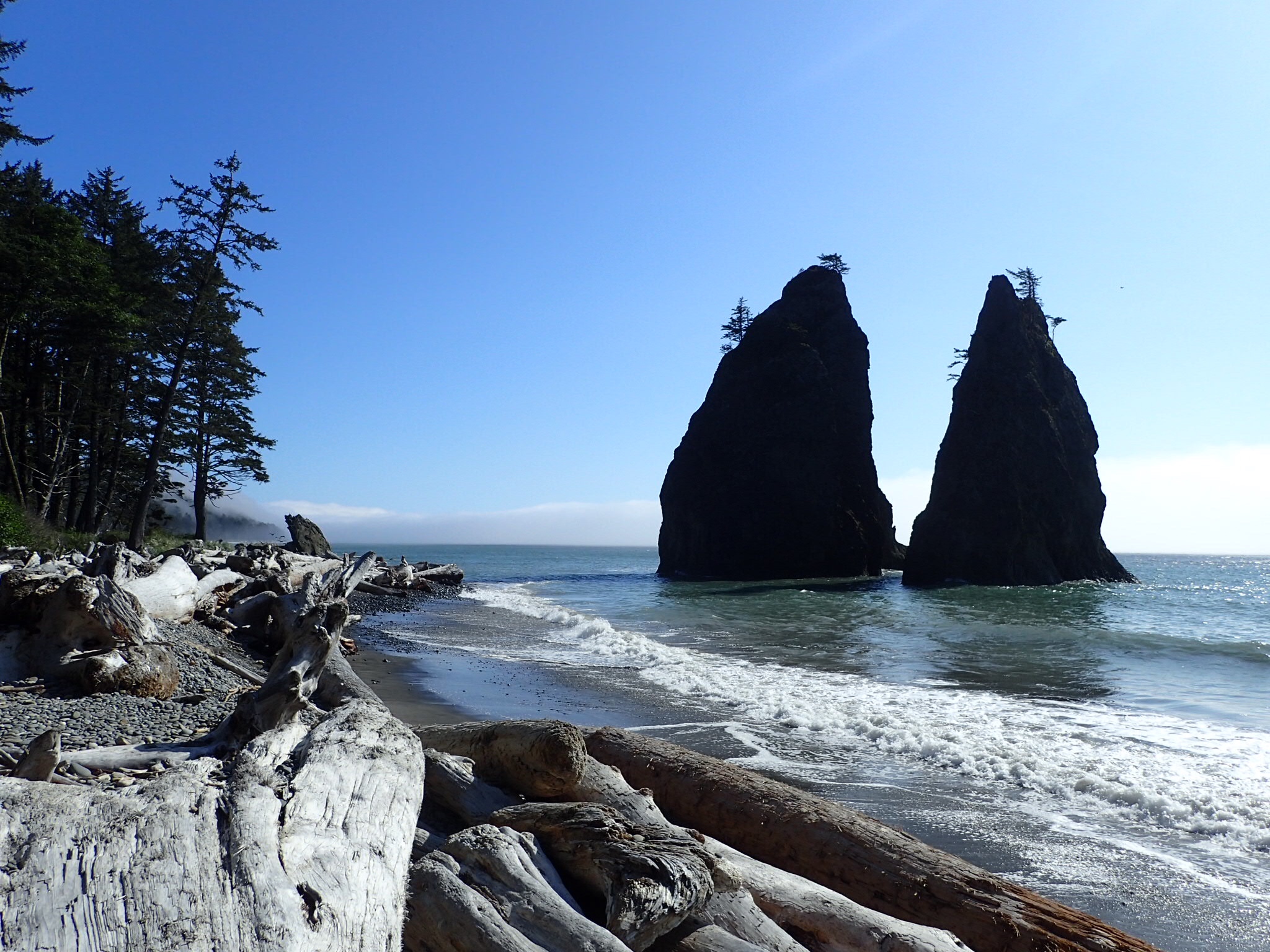 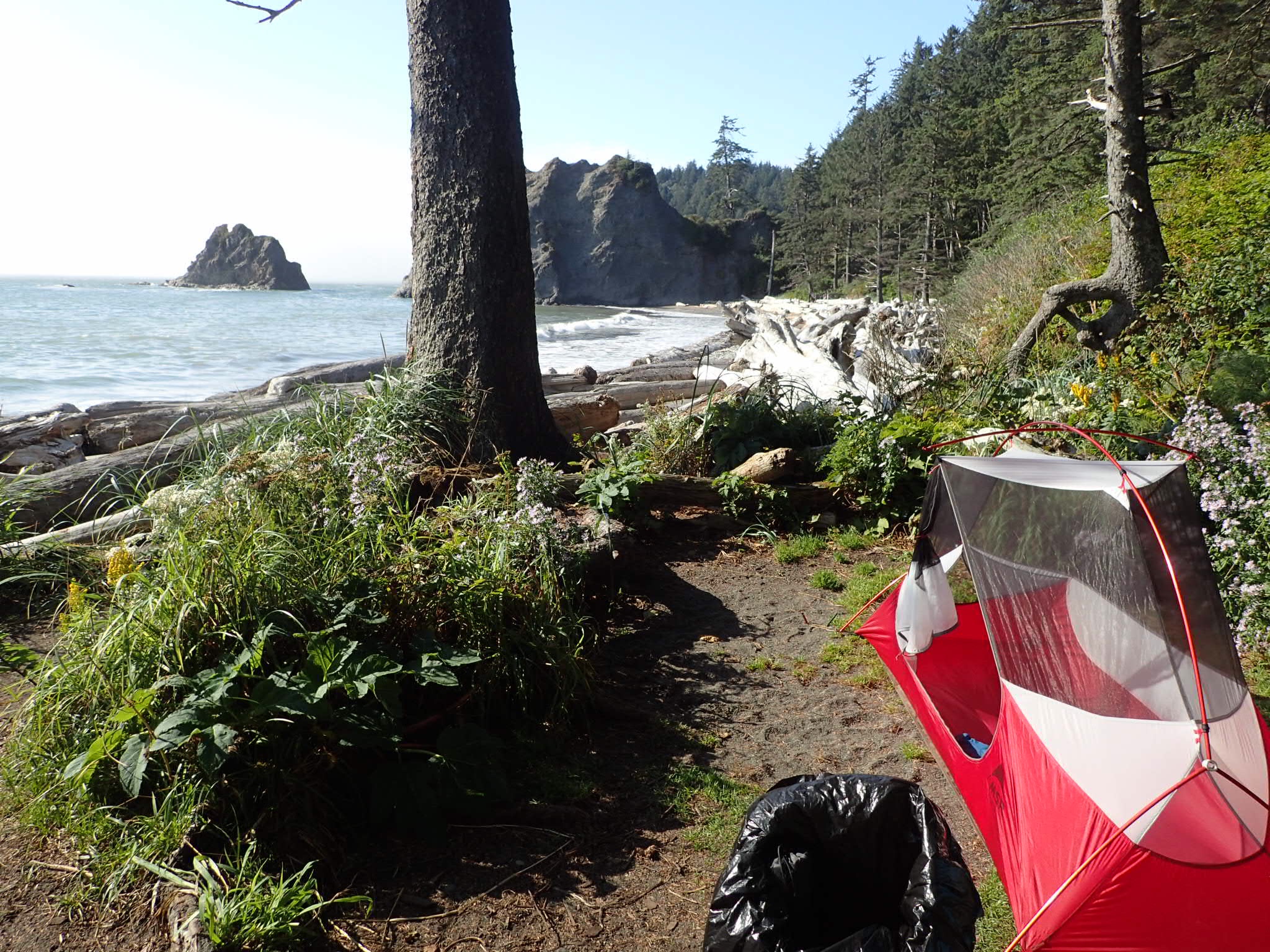 I set up camp and as it was still early I planned on having my first self-lit campfire on this trip. Starting the fire only with my spark producing fire starter seemed to be a big pain and after trying for a while I used one of my emergency fire starters. It was a good start but it turned out to be way too windy for a good fire. 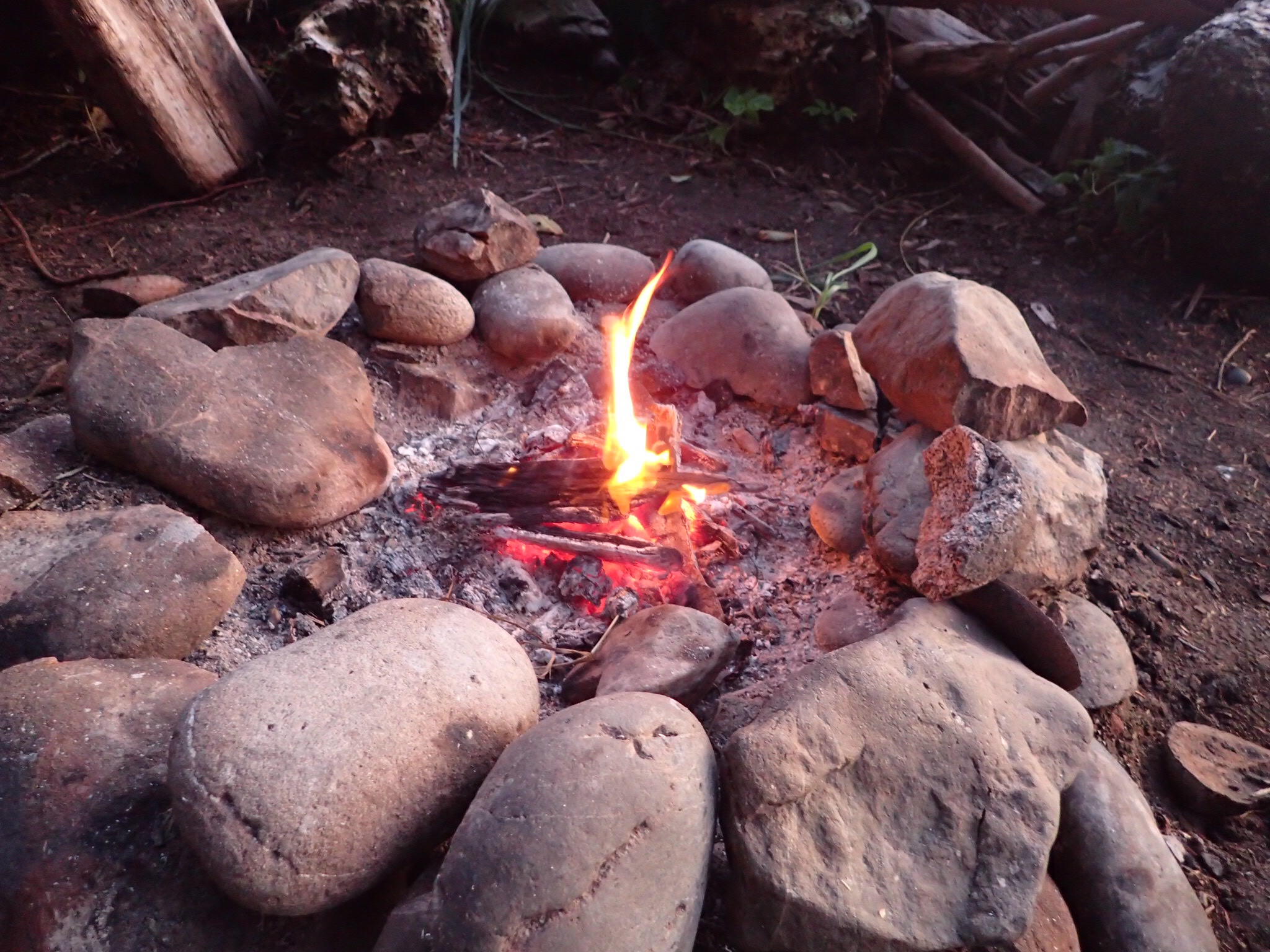 Once the wind died down it was almost my bedtime and I let the fire die down. With vanishing daylight lots of photographers came and used the light to take some photos. I chatted for a while with Aaron and his small son Hawkeye – both (!) take photos for National Geographic. But then it was time for me to go to bed. I might have to get up early tomorrow to get to my next campsite without waiting ages for the water level to go down. We’ll see how that goes… 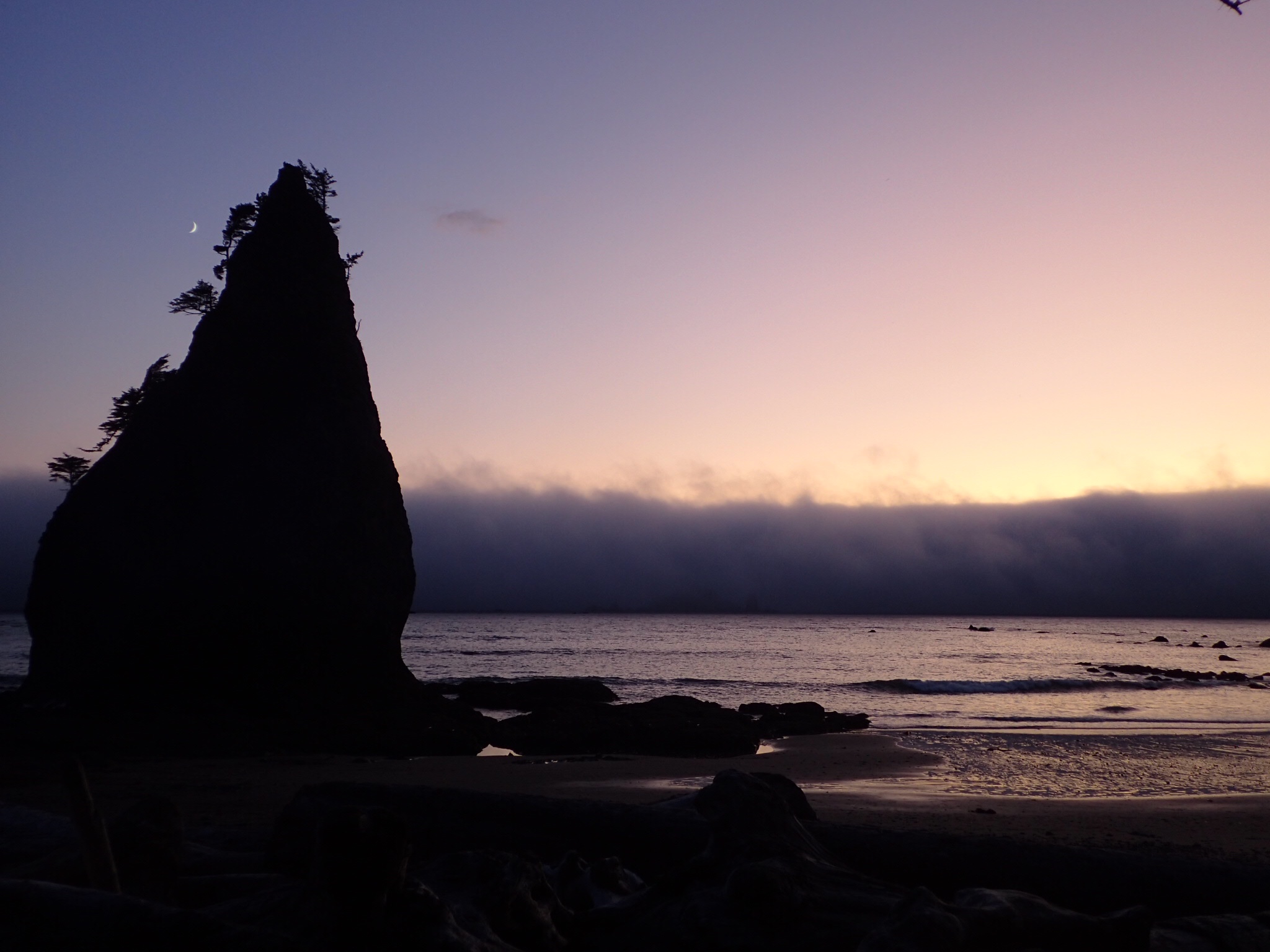 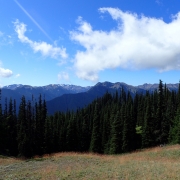 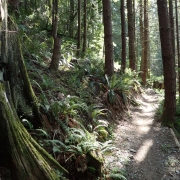